With only 35% of land under adequate protection, and 30 organisations and 15 laws harnessing direct involvement with biodiversity conservation, we are left with a staggering number of 1,300 and 1,200 species of threatened flora and fauna, respectively. Considering the numbers, the question of whether we are truly engaging in biodiversity conservation could regretfully be answered in the negative. A serious talk highlighting the real issues was presented by Dr. Sriyanie Miththapala at BMICH on 12 September. 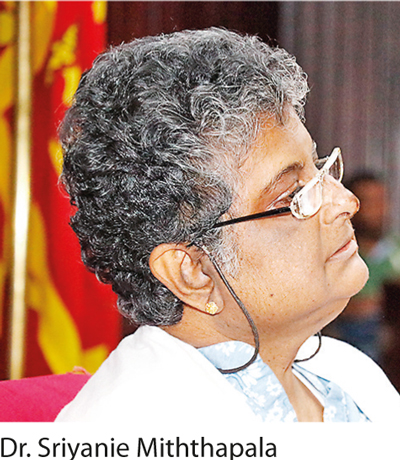 Dr. Miththapala’s presentation unfolded by reflecting on the fundamental issues. In her opinion, misunderstanding the very phrase of biodiversity conservation appears to be an overarching issue for it tends to impact the methodological aspect of biodiversity conservation. Therein, it would only be practical to begin by scrutinising the varied definitions attributed to biodiversity conservation. According to Conservation International, it is the protection of national wealth, fostering effective governance promoting sustainable production. In the meantime, the convention of biological conservation explains it to be the management of human interactions with biodiversity, providing maximum benefits to the present generation while maintaining the potential to meet the needs and aspirations of future generations.

She then proceeded to reflect on some of the incumbent issues we are able to witness. Starvation of wild elephants and over-visitation, for instance, are indicative of the mismanagement of our ecosystems. Visitation is a form of indirect use, so by allowing such exploitation, we disallow sustainable use. Dr. Miththapala asserted: “Ecosystems are dynamic. Thereby, conservation methods must also change and be adaptive.”

Issues are resolved by solutions, and this particular issue warrants for proactive and adaptive conservation techniques. The complexity of the issues requires its solutions to also be complex due to the uniqueness of our ecosystems. “If we want to manage the endemic birds of Sri Lanka, we need to consider the areas we have to protect, the methods we need to formulate, and what conservation actions we need to develop to meet those objectives,” she continued.

Unfortunately, the methods adopted in Sri Lanka tend to be reactive rather than proactive. Outlining the lack of landscape-level conservation, she stated: “We aren’t meeting these needs and we don’t adapt (to the situation) or manage our plans if something isn’t working. We are stuck in a loop of electric fences, repairing roads, and building over and over again.”

Taking a look at the bigger picture, what can we do? For the purpose of mitigation and adaptation, Dr. Miththapala laid down numerous approaches citizens could resort to which are capable of resulting in a collective contribution.

One’s influence could be manipulated for the purpose of spreading the word – for instance, a CEO of a company could use their influence for this very purpose within their company. On the other hand, social media and new technology could be used to do the same as “it could be used to share pictures and to have discussions about events that have occurred. What if you use social media as a call for action for conservation?”

In the meantime, the development of apps also works towards the cause; eBird, for instance, could be used to spot, snap, and upload pictures of birds. Conservation drones, on the other hand, as the name suggests, are built specifically for conservation as they are softer, fly high, and contain inbuilt sensors that collect habitat variables used in habitat counting.

It’s high time we quit preaching to the choir as we’ve got to remind ourselves of the importance of the identification of gaps that help prepare ourselves for the next phase. Preservation, enhancement, and restoration being the narrative, “we need a new paradigm of conservation; we need to switch to proactive instead of reactive conservation.

Every little effort accrues to a big change”, as suggested by Dr. Miththapala as she concluded her presentation.

January 25, 2022 byNews Admin No Comments
Hailing from a family with a wholehearted appreciation for music, Nikhil D’Almeida too was inspired by the variety of musical influences that was a part of his childhood so it was the next natural ste

February 10, 2019 bythemorninglk No Comments
Breaking any and all sense of music conventionality.