A framework for economic recovery 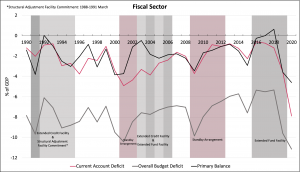 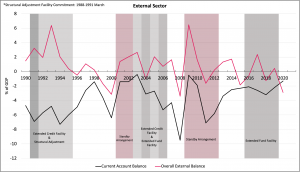 If a country is running a deficit in the external current account deficit it is important to understand what is driving this deficit. If it is due to a deficit in private savings and investment that may not be such a bad thing because the shortfall is probably being financed through foreign direct investments (FDI) and in any case it is leading to an increase in the productive capacity of the economy. Thereby increasing future growth potential of the country. On the other hand, if the current account deficit is due to the government spending more than it earns, this would need to be financed through increased borrowings. And a country just like a household cannot continue to borrow indefinitely. There will come a day of reckoning. You will come to a point where you are not able to service your debt or you may be able to service your debt, but you won’t have the income to buy what you need to live (food, clothing, education, health etc).  It may come to a point where your creditors will stop lending to you. Or even if they do lend, they will charge you a very high interest rate which will only worsen your debt situation. So, what is true for a household is true for a country.

Consequences of living beyond our means

Large deficits in the fiscal and external account have been financed through borrowings both from the domestic market (which has crowded out resources for the private sector) and external sources (which has led to an unsustainable level of foreign debt). Although in the short-term high government spending may stimulate economic growth in the medium to long term it acts as a drag on growth due to its impact on interest rates and the exchange rate.

When a government borrows continuously from the domestic market it crowds out resources from the private sector and drives up interest rates. Thus, making it unviable for a firm to borrow because the cost of borrowing is higher than the return it could earn from investing. In addition, when a country has a large external debt, it attempts to fix the currency to stabilise the debt stock. But this could result in an overvalued exchange rate which leads to an anti-export bias and an import bias which further worsens the trade deficit and external finances. This is contrary to what an economy like Sri Lanka with a small market (both in terms of size and per capita income) needs. As expanding trade is the only sustainable path to faster growth and employment generation.

The availability of concessional financing from multilateral and bilateral donors enabled the country to run fiscal and external deficits over many decades. Although access to low-cost financing ended when the country graduated to middle-income status, we didn’t change our spending patterns to suit our income. Instead, we sought alternative sources of financing, borrowing from financial markets and commercial sources at high interest rates and with shorter repayment periods. Consequently, by 2016, the share of foreign debt from non-concessional sources rose to over 50%. This has enormously increased debt service payments. Today, Sri Lanka has one of the highest levels of government debt in its history and its debt service payments are one of the highest in the world (absorbing 72% of government revenue in 2020). This has led to both domestic and external resources being diverted to servicing past debt to the detriment of future growth. 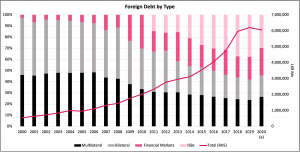 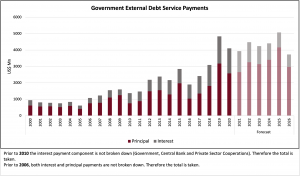 Firstly we need to address the macroeconomic imbalances in the economy. Primarily, correcting the twin deficits because they have spillover effects into the rest of the economy through interest rates and exchange rates. Priority should be given to fixing the tax system. Tax revenue which was over 20% of GDP in the 1990s has plummeted to 8% in 2020 and is likely to fall further in 2021. Expanding the tax base and improving tax administration are key to reversing the long-term downward trend in government revenue. Currently the personal income tax threshold in Sri Lanka is more than four times its per capita GDP and even higher than the tax threshold in countries with per capita incomes that are several times that of Sri Lanka, such as Singapore and Australia. A high tax threshold removes a significant portion of the working population that can contribute to tax revenue. Tax exemptions for businesses should be rationalised and the granting of exemptions centralised under one authority. Evidence suggests that sweeping tax exemptions are not the most important factor in attracting investments and foregoing this tax revenue is not sustainable in the long term. 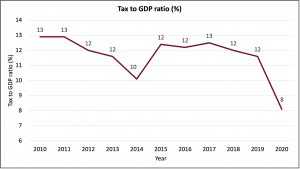 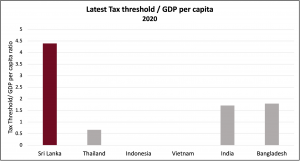 Figure 6:  Tax threshold to GDP per capita in selected countries

With declining tax revenue collection, the government faces severe resource constraints. Expenditure on contractual obligations interest payments, salaries and wages and pension payments) has come at the cost of spending on building human capital (health and education). This needs to be reversed. Serious attention needs to be paid in the budget to rationalising the public sector and strengthening budgetary oversight mechanisms so that the government is held accountable for how they use the resources entrusted to them.

Secondly, we need to stimulate economic growth and improve the country’s competitiveness. Sri Lanka has experienced very volatile growth rates and in recent times spurts of debt-fuelled economic growth. But this growth has neither been inclusive nor sustainable. We need to generate growth that is both inclusive (benefits all our citizens) and sustainable (growth that does not jeopardise future generations). The budget needs to address the structural weaknesses in the economy hindering productivity driven growth.

Some policies that we discuss in our report are: 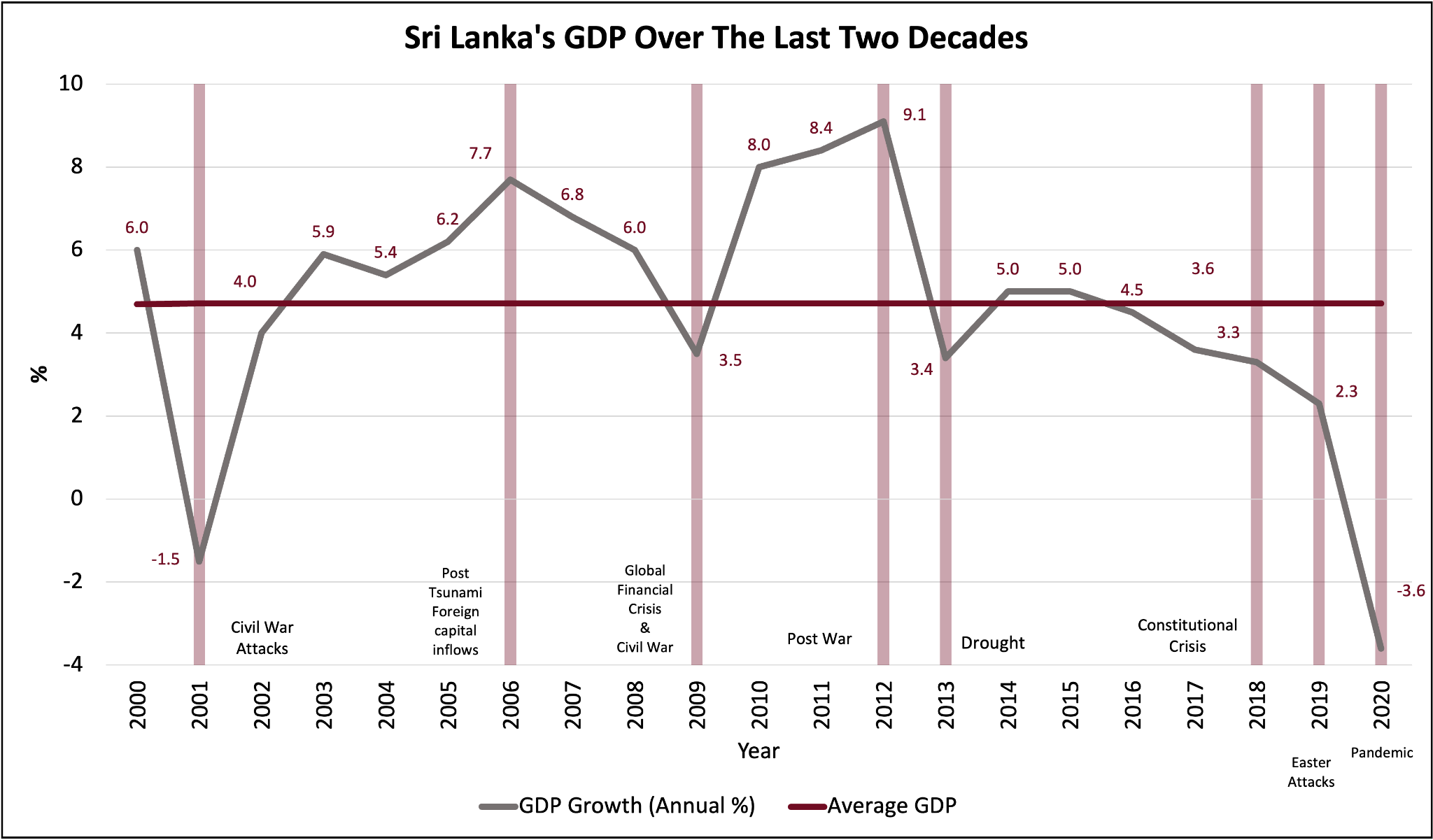 Finally, the budget needs to build buffers to strengthen the resilience of the economy to shocks. Households have been disproportionately affected by the ongoing pandemic because they lack the buffers to cushion them from economic shocks. Workers, particularly in the informal sector, have lost jobs due to the impact of lockdowns and the closure of borders. Although the government provided some relief to households affected by the pandemic by way of income transfers, the lack of fiscal space constrained the government’s ability to adequately respond to the crisis. In addition, Sri Lanka’s existing social protection scheme has significant coverage gaps. Establishing a universal social safety net and reducing targeting errors will ensure that those who need support receive it when they need it most.

Micro, small, and medium enterprises (MSMEs) play a vital role in the Sri Lankan economy. This sector was severely affected by measures taken to contain the spread of the virus, such as travel bans, lockdowns and social distancing. To mitigate the impact of the pandemic, the government and the Central Bank of Sri Lanka introduced various emergency liquidity support programs, debt moratoriums and extension of credit at concessionary interest rates. These schemes may have prevented some firms from bankruptcy. However, the inability of the government to continue providing such relief given the prolonged nature of the pandemic and fiscal constraints requires other measures to be put in place to deal with such situations. Given the size of this sector and its importance to the economy, ensuring the solvency of these firms as well as increasing their productivity is paramount to Sri Lanka’s long term economic growth prospects. Many firms will emerge from this pandemic with seriously impaired balance sheets. Firms that are not resilient, uncompetitive, or heavily indebted will probably fold due the crisis. To reduce the adverse economic impact of ad hoc closures, the government must ensure access to an effective bankruptcy regime. Such a mechanism will strengthen economic resilience, while incentivising firms to prioritise strategies to repair balance sheets in the medium term before they reach bankruptcy.

May 18, 2022 byNews Admin No Comments
Union Bank recorded an improved core banking performance despite the challenges of a tough operating environment and posted an overall income of Rs. 3, 148 million for the  quarter, which is a 10% inc

September 15, 2018 byCharindra No Comments
The Economist Intelligence Unit (EIU) has published its forecast for the economy up to 2022 in its latest country report on Sri Lanka.