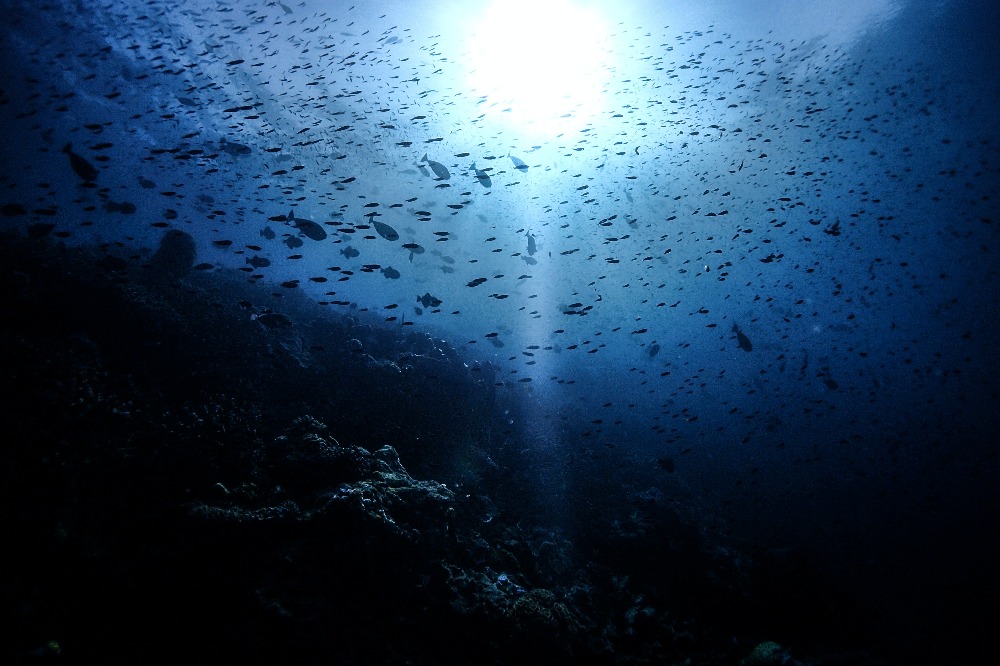 January 3, 2021 by Naveed Rozais No Comments

For an island paradise, discussions on the seas and marine habitats in Sri Lanka are surprisingly few and far between. Yes, we’re renowned for our whale-watching, and Sri Lankan blue whales are fairly unique for being non-migratory, but by and large, marine conservation in Sri Lanka tends to fly under the radar, which is surprising when you consider that as an island, Sri Lanka’s landmass is approximately 65,000 km2 while our territorial waters amass 540,000 km2.

The animals in Sri Lankan marine habitats are just as diverse as the flora and fauna on land, and just like on land, charismatic animals like the blue whale garner the most attention, although there are many more species, both large and small, in Lankan waters. The country’s marine habitat is vast and needs to be properly conserved because what happens out there eventually affects life on land too.

In this backdrop, The Sunday Morning Brunch spoke to a few respected marine naturalists on what the marine conversation scene has been like and what we can expect in 2021. 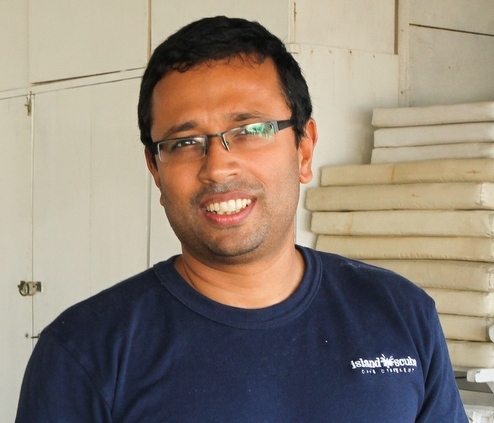 Why does marine conservation fly under the radar?

Marine biologist and Blue Resources Trust Co-Founder/Director Nishan Perera shared that how humanity perceives the ocean plays a large part in our understanding of marine conservation.
“Humanity looks at the ocean with a more utilitarian perspective. We see fish as food. Not just in Sri Lanka, but everywhere,” Perera said, adding that even as a food source, fish tend to be seen as lesser animals, with people being more likely to be offended when seeing carcasses of cows, goats, and chickens but not being disturbed by eating whole fish or seeing fish die after being caught.

Wildlife and Nature Protection Society, Sri Lanka (WNPS) Marine Subcommittee Chair Graham Marshall explained that part of why marine conservation doesn’t receive as much attention as it should is because marine life is not something you see face to face.
“What we see are leopards and elephants, and generally speaking, this is what people want to see as well. You have very few people who are interested in birds, butterflies, and other wildlife. Unless you’re a diver or similar, you can’t really know what the sea can offer.”
Marshall added just like on land, there are various aspects of marine life to consider. “We talk about elephants and leopards, but there’s much more people don’t know of and smaller land creatures that need protecting too. There’s so much that we don’t know about and need to conserve because this whole thing is an ecosystem, and we’re not superior to it. We’re a part of it, and if we upset one element, we upset the whole thing.”

Marshall shared that the year 2020, as in previous years, has seen a large amount of deforestation, including that of mangrove forests. 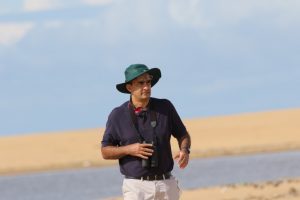 “As much as there has been destruction this year, there have also been efforts. At the WNPS, we’re working with the Department of Wildlife Conservation and the Department of Forests to regenerate some of these habitats”  WNPS Marine Subcommittee Chair Graham Marshall

“We have mangrove forests right around the country – something like 15,000-19,000 hectares, which comes to only about 0.3% of Sri Lanka’s landmass, which itself has only 17% primary forest cover. Mangrove habitats are very easy to bulldoze for aquaculture, tourism, and commercial development, but we also need to consider what mangroves actually do.”

Mangroves are one of the most valuable assets Sri Lanka has when it comes to mitigating climate change. Marshall explained that mangroves sequester so much carbon and that they’re 45 times more effective than tropical rainforests. Mangroves also play an important part in protecting our coastlines from freak weather conditions like cyclones and tsunamis, acting as a buffer of sorts. They are also epicentres for livelihoods, from fishing to firewood to even supporting agriculture near the coast from being contaminated by saltwater.

Marshall did note that some projects that would have compromised mangrove habitats, such as shrimp farming in Vedilthalathivu near Puttalam, were eventually not passed by the Government, which was promising.

Marine naturalist Dr. Malik Fernando shared that 2020 saw some concerning developments like attempts to legalise spearfishing, which would target some of Sri Lanka’s larger, more spectacular species that are quite diverse. Fortunately, the authorities concerned did not allow this to pass, but no proper attempts have been made to curb spearfishing, Dr. Fernando noted, going on to explain that the importation of spear-guns has been banned, but visitors are able to bring their personal guns into the country.
Speaking on the ornamental fish industry, Dr. Fenrnado noted that due to the lockdown and reduced demand, this industry had come to a near-standstill, which in theory would mean these fish would have had time to re-establish their populations.
Dr. Fernando also spoke about marine protected areas, sharing that in major fisheries, you normally have about 10% of the area that is a “no-take policy” where fishing is not allowed, and fish can fatten up and breed before spreading out in this area and into fishable waters.

“We have marine protected areas, but unfortunately they’re not under surveillance and laws are not implemented. We also have a greater problem of marine protected areas being declared with no plan and guaranteed funding to go with the nourishment plans, which should include surveillance and keep people out instead of trying to collar people who are caught. It should be a preventative strategy.”

Perera from Blue Resources Trust shared the view that chronic environmental problems like overfishing destructive fisheries, pollution, and basically poor management of infrastructure are long-term issues that need careful and practical solutions, combined with other more standalone issues like development activities that are not done properly. Another long-term issue Perera stressed that needed attention was the degradation of coral reefs, the main causes of which are unsustainable fishing and disruptive fishing methods.
“These things are major issues and things are not really changing much. In fact, the prognosis is that it’s going to get worse. The reality is that as the human population has grown, and the Government is pushed to increase fishing, the degradation of marine ecosystems will increase. Similarly, pollution is going to increase because of the absence of management, and this isn’t going to change in one year – this is a long-term change.” 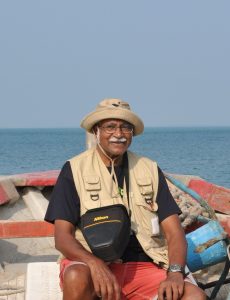 “We have marine protected areas, but unfortunately they’re not under surveillance and laws are not implemented. We also have a greater problem of marine protected areas being declared with no plan and guaranteed funding to go with the nourishment plans”  Marine naturalist Dr. Malik Fernando

Careful development is key for 2021. Perera explained that Sri Lanka is not the only island nation to have to deal with issues like unsustainable fishing and related issues. He also said that we can learn from these other countries.
“Marine protected area management is overly complicated and bureaucratic. It doesn’t involve local communities and takes a very top-down approach that hasn’t worked. It needs fresh thinking and needs to be managed based on science.”
Perera shared that we need to observe at least 5% of our coast as a no-take area for fishing where fish can thrive and breed before spilling over into fishable waters. Other countries have done this and have seen greater yields of fish.

“Sri Lanka has failed to do this, despite having the necessary resources to do better than we have. We have the funds and technical expertise. I’m not saying we have everything; we don’t have as much as we need, but we have enough resources to do more than we have so far. This is why simple, practical solutions are important – you can’t take a solution onboard and then say you don’t have the tools to implement it. You take the tools you have and build a solution based on what you do have.”

Dr. Fernando, meanwhile, encouraged the people to be more aware of what lies beneath the water. “People think of turtles, sharks, dolphins, and whales, but these larger animals depend on smaller animals in the ecosystem. We need to be aware of this. It’s like not looking at the ground when you’re in the forest and missing all the smaller animals that the larger animals prey on. There is a food mesh and web that starts in the sea with plankton and algae, then to seaweed and the animals among them and higher and higher up the chain. Every organism makes the ecosystem complete.”

Marshall shared that looking forward, what we need to do is put our heads together and understand the value of our marine ecosystems in terms of actual economic value, livelihoods, climate mitigation, and tourism value. Sri Lanka has a national mangrove policy as well as scientific resources, and it is simply a matter of implementing this better.

“As much as there has been destruction this year, there have also been efforts. At the WNPS, we’re working with the Department of Wildlife Conservation and the Department of Forests to regenerate some of these habitats; more awareness is needed, and we need to find alternatives to doing development activity together with nature.

“There’s always a silver lining and we can’t give up hope. As much as there has been real destruction and 2020 has been really bad, there have been good things too. People are planting trees, certain habitats are being protected. We need to go out there and preserve. If that thinking is there, we can make a difference.”

November 12, 2021 byNews Admin No Comments
This past week we visited Ohiya, situated at the extreme southern border of the Horton Plains. It was quite possibly the worst time of the year to visit Horton Plains if you are not a fan of intense r

A tried, tested, and failed solution?: Elephant holding grounds and their role in managing human-elephant conflict

May 9, 2021 byNews Admin No Comments
While elephants may seem like gentle giants to many of us, the truth is they can be anything else when in the wrong situation. This is why we have the human-elephant conflict (HEC). Now, the reasons b