October 22, 2021 by Venessa Anthony No Comments

Yesterday (21) was a miraculous day for Sri Lanka; for the first time ever, a mother gave birth to sextuplets at the Ninewells Hospital in Colombo. The 33-year-old mother Dilini Wasana Dayananda delivered three girls and three boys who were all just two minutes apart, and according to all medical professionals in the field, this is an unheard of and miraculous birth. 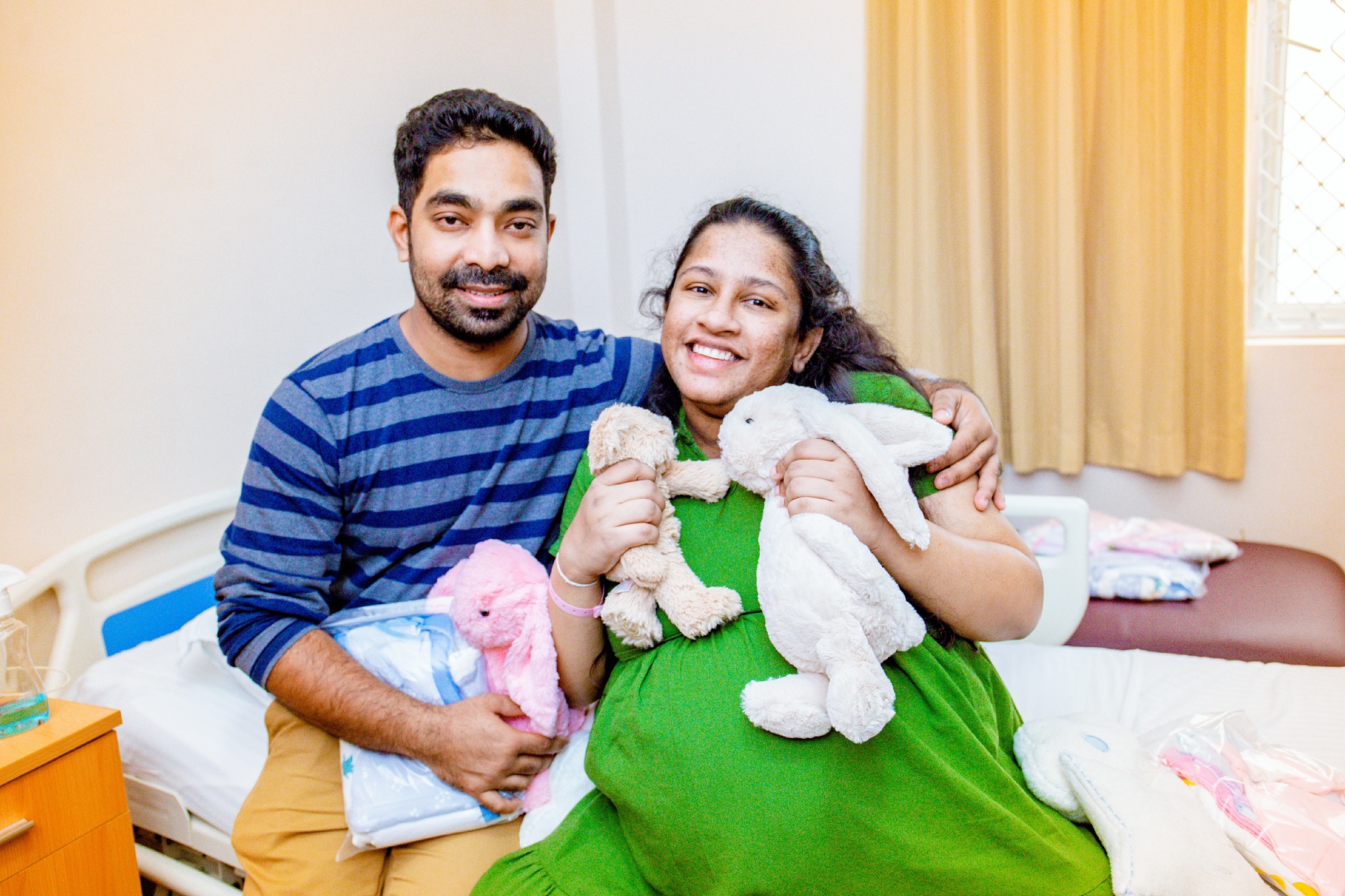 The parents of the sextuplets Prabath Udayangana and Dilini Wasana

At the moment, Dilini is in the ICU for monitoring purposes, and the doctors are confident that she will make a speedy recovery and soon be able to embark on her journey as a new mother. The six children are healthy and are experiencing no complications; the doctors and nurses at Ninewells are keeping a close watch on the little ones and they should soon be able to go to their new home.

Speaking to the Ob-Gyn for the new mother Professor in Fetal Medicine and Consultant Obstetrician and Gynaecologist Dr. Tiran Dias, he informed us that there was much debate on whether the babies should be delivered via a natural birth or a C-section. “If we took the babies via C-section, they would have had a less chance of survival and the mother would have complications. For us, the most important thing is the mother’s life,” Dr. Dias stated, adding that after many scans and discussions, they finally decided to deliver the babies via C-section after numbing the bottom half of her body as per the usual procedure.

He also shared that closer to the due date, the mother began to experience a severe drop in her protein levels, which was the factor that sealed the decision. “I’m very thankful that the parents of the children left the decision up to the doctors and understood that professionals will need to decide whether to take the babies out early or naturally.” Because of this decision, Dr. Dias added that all the medical professionals involved had the freedom to carefully think through their decisions and do the most suitable thing without interference from the mother or father. 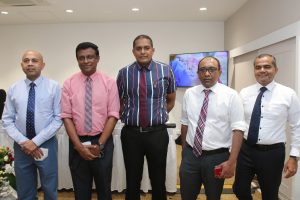 He further added that, as it was such a rare event, it was a very difficult and challenging journey: “There were no previous examples to go off from. We conducted studies and had discussions every day about the situation and we are very happy that we successfully delivered the babies without any complications.”

When asked if the procedure was made more challenging due to the ongoing pandemic, Dr. Tiran Dias stated: “We were not scared to see our patients just because there is a pandemic. It came to a point where we had daily scans for the mother. Our priority was the childrens’ and mother’s health.” He also added that at the moment, they cannot say whether there are any twins among the sextuplets, but according to scientific research, there is a 10% chance of their being one set of identical twins.

At the press conference held yesterday at Ninewells Hospital to commemorate the occasion, all the doctors and staff stated that this was an honour for the hospital, and they are proud to have been selected as the hospital to be responsible for the safe delivery of the babies as well as the safety of the mother. 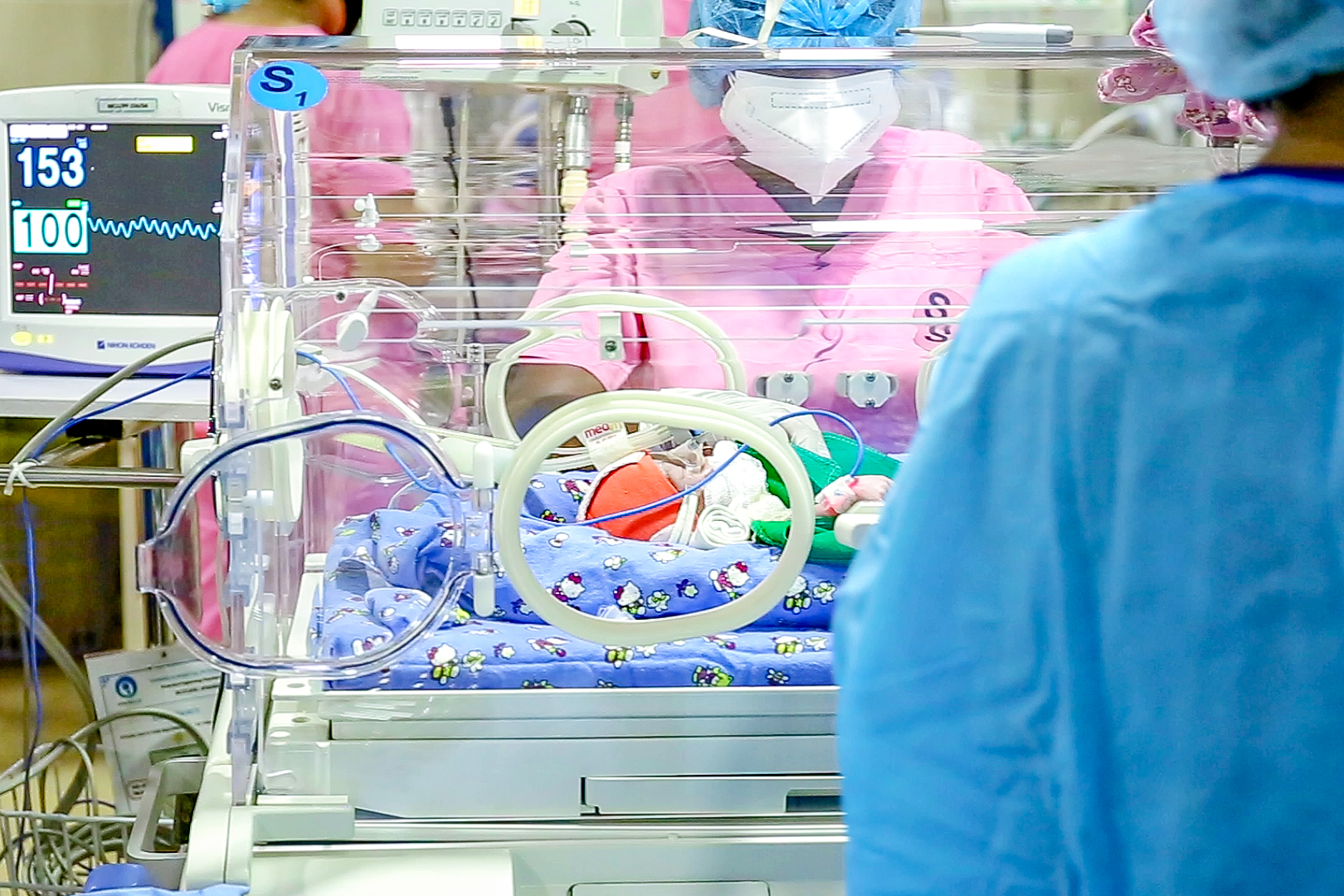 One part of a ‘miraculous birth’

Prabath has had two opportunities to see his children and each time, it was a highly emotional moment for him. He shared that since he’s a Buddhist, he is blessed to be a father of six healthy children and he’s grateful that his wife too, had a healthy delivery.

He was able to be present at the theatre when his wife was undergoing the C-section, adding that he was surprised at how smooth the process was. “I was expecting it to take over two hours, but in less than 45 minutes, the procedure was complete, and there were no complications. The hospital and the staff were incredibly helpful and I appreciate their support,” he informed us. The day before the surgery, he told us that his wife was understandably nervous, but they both stood strong and prayed for a successful delivery. Today, he is the proud father of three daughters and three sons. 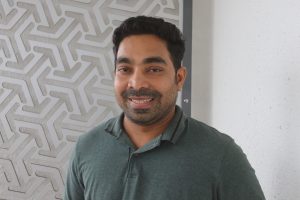 Father of the sextuplets Prabath Udayangana

He reminisced about the last few months, sharing that his wife remained strong throughout the pregnancy and highlighted how she braved through the pain and hardships of carrying six children. Once she began gaining weight and experiencing pain, he shared that all he could do was support her through the time, even though he wasn’t able to feel what she was going through.

“My wife made huge sacrifices during this time. I was with her throughout the pregnancy and watching her stand her ground and be strong was amazing. I’m so proud of her,” he gushed. He told us that upon finding out about this pregnancy, his wife gave up using any cosmetic products, just to be on the safe side.

Of course, having a baby in today’s world is a massive financial strain, and having six will no doubt be a heavy financial burden. Prabath shared that since he is an engineer and his wife is also employed, they are prepared for the financial hardships to come, but also added that if the Government were to offer them a concession, they would both be very gracious as it would be a welcome contribution.

#StopEcocideSL: Youth activists not deterred by intervention of authorities

March 22, 2021 byNews Admin No Comments
On 19 March 2021, the global climate action to #StopEcocideSL took place from 4 p.m. to 6 p.m, directed at showcasing the devastation affecting Sri Lanka and addressing the concept of “ecocide”.

February 23, 2020 bythemorninglk No Comments
The Arka Initiative - the work continues