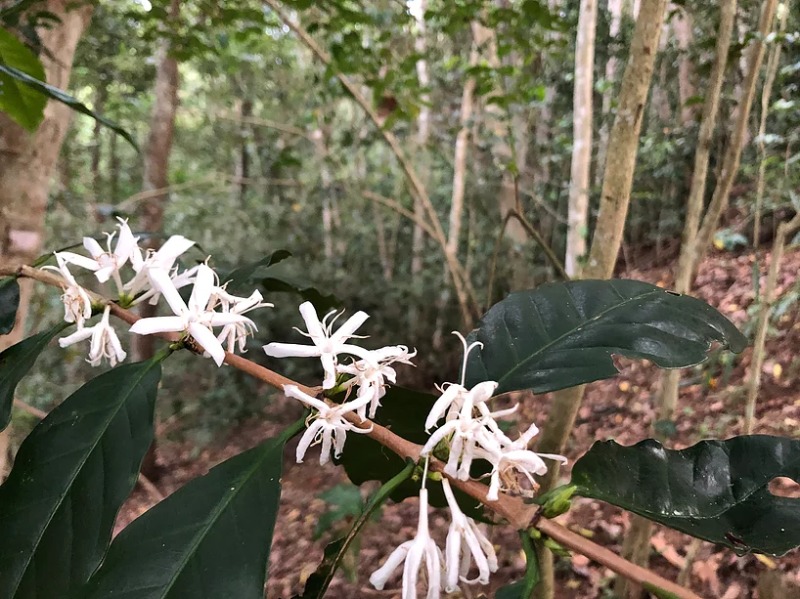 A new form of farming to carry us into the future?: Dr. Ranil Senanayake on analog forestry

Sri Lanka is renowned for its biodiversity, being a small island with a stunning variety of ecological and animal biodiversity that is almost unrivalled. However, this biodiversity, like biodiversity all around the world, is under threat. Deforestation, habitat destruction, and climate change are all creating a loss in biodiversity worldwide.

Sri Lanka has one of the highest recorded rates of primary forest destruction in the world and has lost its closed-canopy forest cover from about 84% in 1881 to about 26.6% in 2010 due to the conversion of forests to other types of land use, such as human settlements, crop plantations, and for agricultural activities.

Of course, farming is important, and without farming, we wouldn’t be able to survive, but are there not more ecologically sustainable methods of farming? One method of sustainable cultivation is analog forestry. Put simply, analog forestry is a form of farming and habitat that mimics a natural rainforest, from the first stages of vegetation (scrub and so forth) to later stages of vegetation like trees. It works on the basis that the most stable ecosystem anywhere in the world is a mature ecosystem, and analog forestry allows this mature ecosystem to take place more naturally and sustainably than it would, if you were to, say, plant 200 trees of the same kind in an empty plot of land. Analog forestry sees a variety of vegetation take root and an organic ecosystem come into place with a little help from farmers and ecologists.

Brunch spoke with analog forestry expert Dr. Ranil Senanayake. Dr. Senanayake is the Chairman of EarthRestoration, a conservation initiative that focuses on primary ecosystem services (PES), which is building natural sustainable habitats that provide humans the most primary ecosystem needs, oxygen, clean water, and fixed carbon. Dr. Senanayake has also created the Belipola Arboretum, a man made forest where ecological ideas like analog forestry are practiced in experimental as well as experiential ways. 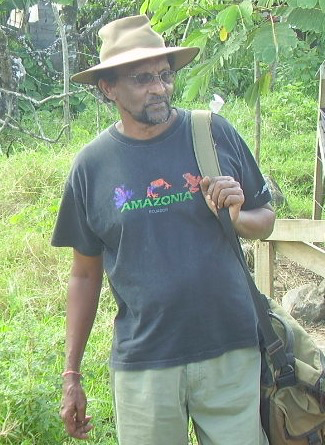 What is analog forestry and how was the concept developed?

Well, the story began around 1981 when I returned from the US with my doctorate in systems ecology. I was appointed to the Ministry of Mahaweli (Development), to a huge land and energy development programme based on massive borrowings. Here, I began to question their policy of planting monocultures of trees as “forests”.

These policies promoted monocultures of fast-growing species such as pine and eucalyptus and this was the strategy of international “experts” for the reforestation of degraded ecosystems, advised by “expert consultants” flown in from abroad and who knew nothing of the forest they were supposed to conserve. I also began to question the patently unsustainable “projects” for which the Minister and his cronies were about to hand land out to multinational corporations, and I was successful in stopping 25,000 acres of forest going towards irrigated oil palm.

The rest is history – the Minister was furious, I was bad-mouthed in Parliament and sacked, and was out in the cold. The bureaucrats whom I criticised for planting monocultures were gleeful, as this vindicated their monocultures for restoring degrading land.

So I decided to “put my money where my mouth was” as they say, and selling a property I had in the city, began looking for a piece of degraded land to begin my experimentation on. A history of “scorched earth”, collective punishment had rendered a lot of degraded land in the Uva region.

At a site called Belipola I bought a degraded piece of land, a former tea plantation, with advanced erosion processes in Uva, and began to develop a restoration system that integrated two elements: traditional and scientific knowledge.

I discovered that the highest native biodiversity was found in the traditional (ancestral) systems, such as the “Orchards or Forest Gardens” in South Asia, which allowed the ecosystem to mature. These gardens produced a range of species of high nutritional or medicinal value – including fruits, nuts, and spices, where food for the family is produced, in an environment dominated by trees, very similar to a forest. That is when I reasoned that, with a little bit of scientific application, such as critical microhabitat or inclusion of larval food plants and helping to “speed up” nature, I could make such gardens to be analogous or similar to the forest.

The concept of analog forestry is most easily understood by indigenous people and forest dwellers – they understand what s forest is. The closer you get to urbanisation, the harder it becomes to understand, and the more it needs to be explained. It brings to mind the classic statement by Carl Jung: “Those who know nothing about nature, are of course, neurotic, because they know nothing about reality.”

You are heavily involved in the International Analog Forestry Network (IAFN). Tell us more about how that came to be.

The IAFN is a voluntary network of organisations and individuals who use the analog forestry approach to ecosystem restoration. The secretariat is based in Costa Rica and has an organisational network covering 20 countries.

It began when people who were enamoured with analog forestry visited Sri Lanka in the late 1900s. A group of people suggested forming a network of people who all believe this way of thinking is the way forward. It eventually wound up that Costa Rica became the secretariat. Today, there are large analog forestry sites in many countries. The biggest can be found in Costa Rica, Cuba, Ecuador, Peru, and Brazil. 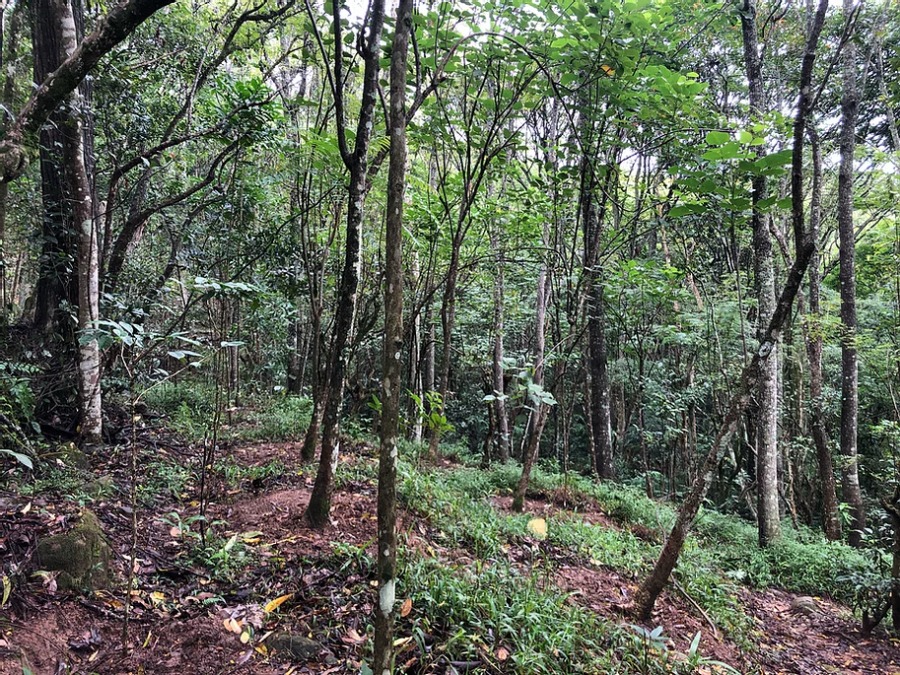 A sector of the Belipola Arboretum applying analog forestry

How can analog forestry be used as a conservation tool?

It is sustainable land management because it uses the most sustainable ecosystem in any area – the natural forest – to make your farm. It becomes essential for conservation because it forms a bridge and expands the range of many forest organisms that would otherwise never have a chance of expanding.

How does it work with things like agriculture and farming to make these practices more sustainable in its surrounding ecosystems?

Analog forests, because of its high biodiversity-to-biomass ratio (B:B), not only provide more water and nutrient retention to the surrounding ecosystems, it also provides a cooling effect which is going to be critical for food production in the very hot futures we have before us.

When a forest is cut down and completely removed, growing it back is a process. The first stage is grasses, bushes, and shrubs settling in and making soil deeper; then the pioneer stage of smaller trees comes in, creating conditions for the mature stage, larger trees. The whole process is what makes a forest, and it is this that analog forestry mimics. It requires knowledge and management, not simply sticking something in the ground and saying “done deal”.

What is the most important step that needs to be taken to restore our ecosystems?

Become aware of what needs to be done, learn how to do it, and apply your knowledge. Be aware of the changes you see. You’ll find things you saw as a child are no more. Big trees have become smaller, there are no more forest patches, these are signs our country is in trouble, and if you can’t see that, we are finished. It is seeing these signs and wanting to do something about it that is the first step.

We have a huge problem coming before us with climate change, and that is temperature. Chlorophyll, which is what makes plants green, and helps them make oxygen, begins to denature at 39 degrees Celsius. We are heading into a future of over 40 degrees Celsius, which means we’ll be food insecure – a horrendous possibility that no one is addressing. I would really like for people to address this and tell us how on earth we’re going to get through this. The only way to stop this is to stop climate change, stop using fossil fuels, and increase the amount of photosynthetic biomass on this planet.

How can people learn more about analog forestry?

To start, first go to the International Analog Forestry Network, or go to our training centre, the Belipola Arboretum. We have training, published materials, nurseries, and people and groups from around the country coming together to form a new association, the Ecological Farmers’ Association of Sri Lanka. This is mainly made up of smallholders, people with five to 10 acres of land, who are now becoming aware that they actually have a lot of responsibility in initiating the ecological integrity of the country.

December 23, 2021 byNews Admin No Comments
A joyful journey of self-love with Tiara

‘Children of the Sun’ to be showcased at IFFI

January 15, 2021 byRusiru Keppetipola No Comments
Prasanna Vithanage is a Sri Lankan filmmaker who is considered as one of the pioneers of the third generation of Sri Lankan cinema. His latest film Children of the Sun (Gaadi)..