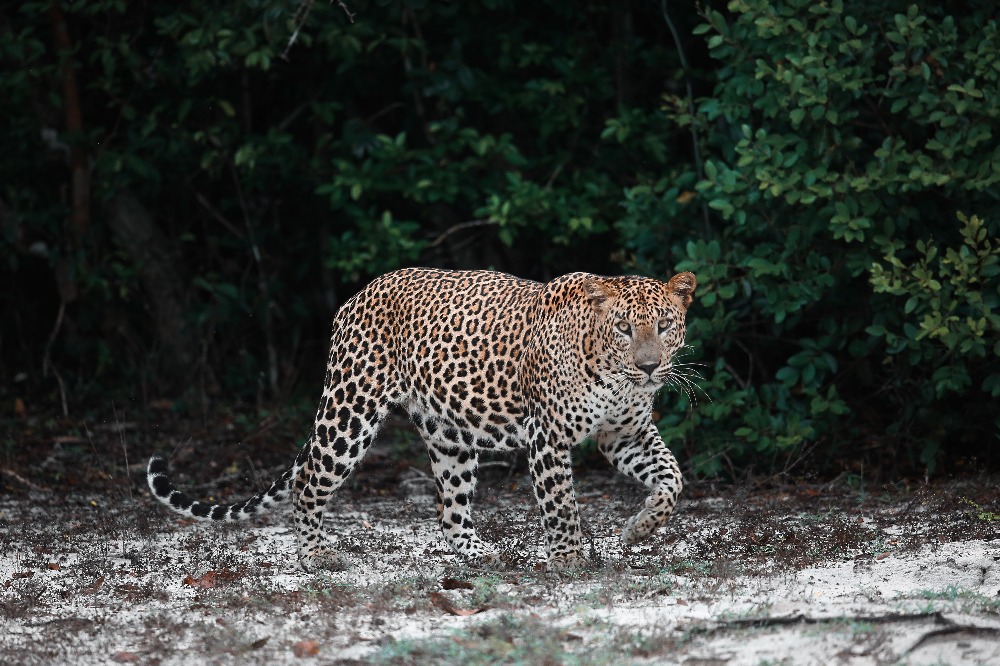 A new model of collaborative conservation: The Peak Ridges

“Protect Sri Lanka’s wildlife” is a refrain we hear again and again from both state and private conservationists. As of 2015, Sri Lanka contained a total of 26 national parks which collectively cover 5,734 km2,  almost 9% of Sri Lanka’s total area (65,610 km2). Inside these national parks, the Department of Wildlife Conservation and the Forest Department hold sway, observing and protecting the flora and fauna within.

But outside these protected areas, flora and fauna receive very little support, which often sees land being reclaimed without permission and animal welfare ignored, save for the efforts of private environmental welfare organisations and welfarists. 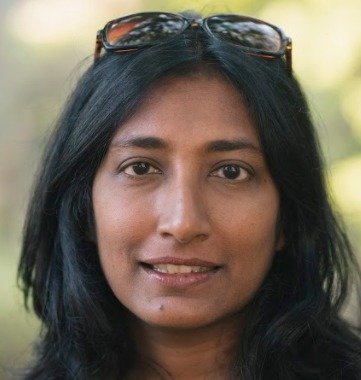 “These ridges make up the masses of the Central Highlands and rivers flow on either side. Looking at the next ridges as we go along is really what our long-term hope is and then trying to identify these land areas using leopard presence and movement”  WWCT Ecologist and Managing Trustee Anjali Watson

The Peak Ridges Forest Corridor is an upland ridge in Sri Lanka’s Central Highlands that lies between the adjacent Castlereagh and Maussakele Reservoirs. The corridor is an undulating piece of land that runs c.18 km between Kew Estate in the southeast along to the Ballapennumgala Forest Reserve in the northwest, connecting two prongs of the Peak Wilderness Forest Reserve. This particular ridge connects two sections of peak wilderness areas which makes it an area that wildlife both inhabits and moves through.

The Peak Ridge Forest Corridor is home to approximately eight to 12 resident leopards which are part of a larger, area population of approximately 30 leopards; a remarkable population for a compromised unprotected area and an important part of Sri Lanka’s islandwide population, which itself numbers approximately 1,000 mature leopards.

The Peak Ridge Forest Corridor focuses (for the moment) on conserving leopards. WWCT Ecologist and Managing Trustee Anjali Watson said that leopards are what is termed an “umbrella species”. “By leopards being umbrella species, we mean that the land under its use harbours many more species of wildlife,” Watson explained, adding: “For example, there are prey and other mammalian wildlife. Leopards require cover, so some forest is required, or at least patches of forest with those natural forest ecosystems plus other diversity.”

With the leopard being one of Sri Lanka’s most charismatic creatures, the Peak Ridges Forest Corridor Collaboration provides an opportunity to promote conservation of not just leopards in the area. Watson shared that there are presently 16 leopards along the corridor, explaining that the number of leopards in the area fluctuates because of their movements in and out of the area. The total population of leopards identified is close to 39 leopards, which when considering the size of the area, results in a leopard density that is roughly half of what you find in Yala (when calculating the number of leopards found per 100 km2). Given that Yala is almost like a perfect habitat for leopards, the fact that leopards are thriving in the way that they are in the Peak Ridges Forest Corridor is significant and speaks to the need for this area to be conserved. 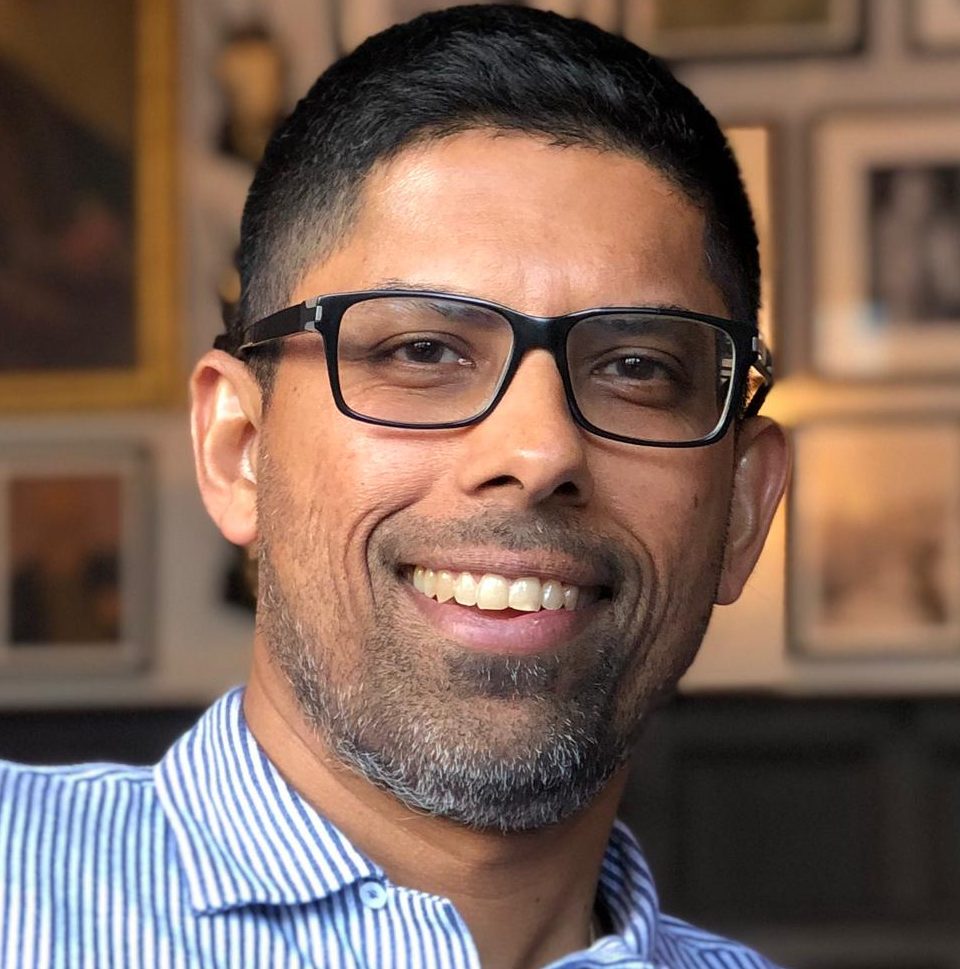 “We cannot just ask the Government to protect our biodiversity. We must do what we can too. Companies have large extents of land within their purview, and it is a duty and something that just requires sympathy, coordination, and a sense of responsibility” Dilmah Tea Director and Resplendent Ceylon Managing Director Malik J. Fernando

A springboard for larger conservation

The Peak Ridges Forest Corridor Collaboration addresses conservation on multiple levels. In addition to identifying key wilderness and mixed landscape areas of importance to leopard conservation in this unprotected Central Highlands area, the collaboration also focuses on community outreach, understanding that long-term conservation is not practical without the support and cooperation of the people that actually share space with wildlife. As such, numerous education and awareness projects in and around the tea estates that comprise the Peak Ridge area are being conducted by all partners to this initiative.

Schoolchildren are particularly receptive to the idea that the wildlife with which they share the land is of value and that preserving this wildlife is of great importance, and it is important to cultivate this outlook for a brighter tomorrow.

The seeds of the Peak Forest Corridor Collaboration began in 2016, when luxury hotel group Resplendent Ceylon noticed an alarming number of leopard deaths in the area surrounding their boutique hotel Tea Trails. Dilmah Tea Director and Resplendent Ceylon Managing Director Malik J. Fernando noted: “We saw a spate of leopard killings in the area around Tea Trails in Hatton in mid-2016, mainly through being caught in snares. Four to five of these leopards were killed accidentally, being caught in snares, being set for wild boar, and so on. It got me alarmed. We reached out to the WWCT to set up a mini leopard research centre. The idea was to do some research and community outreach and identify the issues facing leopards and help resolve this issue.”

Once it was clear that the Peak Ridge Forest Corridor was a haven for leopards, the 13 estates abutting the Peak Ridge Forest Corridor were identified and approached to form a partnership for the conservation of the area. Fernando shared that getting these different estates and large companies on board was a process, but everyone very readily supported the cause and understood the importance of the leopard as a ketone umbrella species in the area.

The launch of the collaboration was initially scheduled for October 2020, but was postponed in favour of a digital signing in the wake of the new wave of Covid-19 infections that hit Sri Lanka in October, and the formal physical ceremony took place on 3 February this year.

A new model of conservation 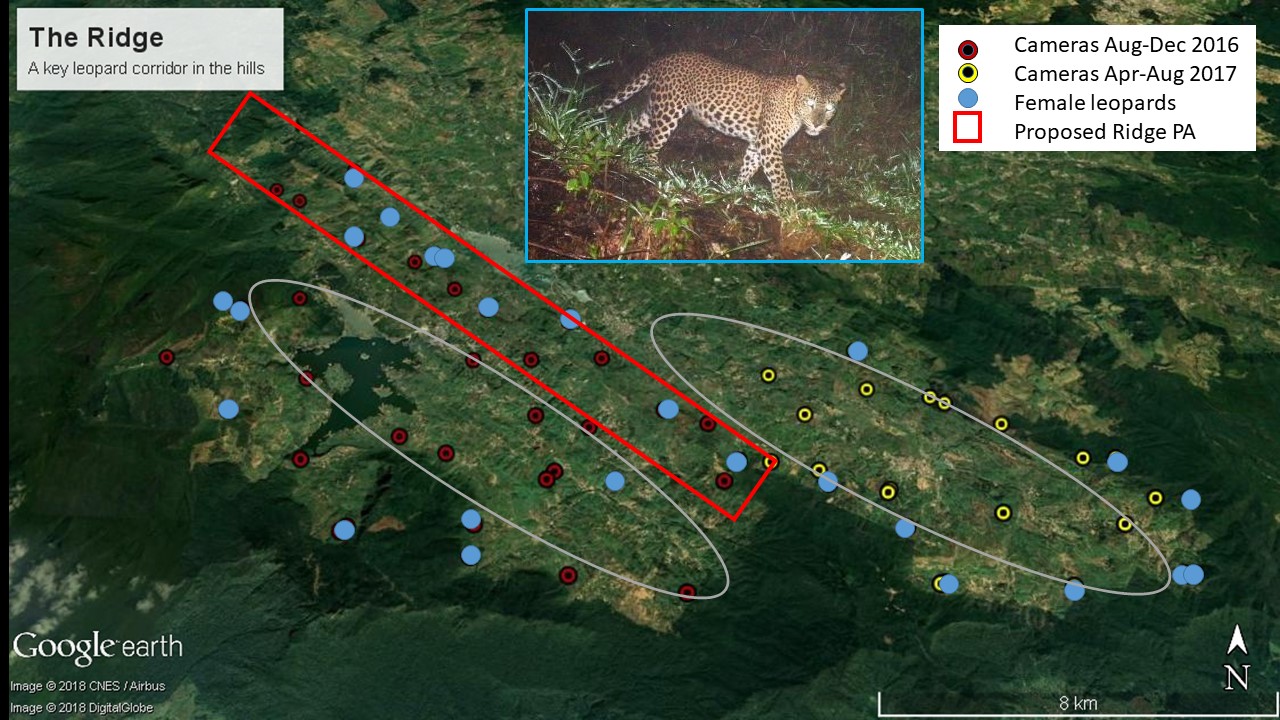 The Peak Ridges Forest Corridor Collaboration is a landmark partnership in that it is the first time a coalition of this nature has been made among private stakeholders for greater conservation.

Fernando commented that this landmark move to approach conservation within the private sector “absolutely will and should catch on”. He further mentioned: “Everyone is now focused on sustainability and the importance of our biodiversity; something that we are losing at a tremendous rate. We cannot just ask the Government to protect our biodiversity. We must do what we can too. Companies have large extents of land within their purview, and it is a duty and something that just requires sympathy, coordination, and a sense of responsibility to send a powerful signal.”

This collaborative model of conservation is one that has been practised internationally. Watson explained that this kind of intervention is necessary because, at the end of the day, governments can’t do everything. They are strapped for resources, for personnel, and have other constraints as well. With the Peak Ridge Forest Corridor specifically, it’s a huge landscape that plantation companies themselves are on. They have an actual presence, which makes it easier for them to look at issues like this themselves and put in some form of conservation. Animals cannot be bound strictly to protected areas under the purview of state stakeholders like the Department of Wildlife Conservation, and as such, different models of conservation are necessary.

“The fact that this ridge came to light because of the fact that leopards are residing here, and because we know there’s a larger problem here means that we will be looking specifically at identifying the other connecting ridges in the Central Highlands,” Watson said, commenting on the long-term aims of the Peak Ridge Forest Corridor Collaboration from the perspective of the WWCT. “These ridges make up the masses of the Central Highlands and rivers flow on either side. Looking at the next ridges as we go along is really what our long-term hope is and then trying to identify these land areas using leopard presence and movement and seeing where we can put in protection.”

Fernando shared a holistic view on the long-term impact of the Peak Ridges Forest Corridor Collaboration tying in the impact of preserving biodiversity on tourism. “Resplendent Ceylon is a tourism company. We have been, I would say, pioneers in luxury tourism with small boutique resorts away from cities and clientele who are very keen on biodiversity. Part of our success, and of Sri Lankan tourism’s success is our biodiversity,” Fernando explained, adding: “If you look at why tourists come to Sri Lanka, it’s because of our animals like leopards and elephants, and because of our forests and our pristine scenery. If the corridor is further cut down, the leopards will essentially not be able to cross the ridge and will go into human areas, disrupting the whole ecosystem. For us, because the hotel and the Dilmah Tea estate are on the ridge, it’s important for us to enhance the ridge, and reforest denuded areas and build a vibrant pathway where leopards and their prey can thrive.”

July 5, 2020 byNaveed Rozais No Comments
The locale of Thimbirigasyaya Road, Colombo 5 and how small eateries are faring post-Covid

December 30, 2021 byNews Admin No Comments
Sri Lanka is one of the most biodiversity-rich countries in the world. That biodiversity includes ecosystem diversity, species diversity, and genetic diversity. The location of our country on Earth, t