A solution from the Clefs: Clefolution

October 21, 2019 by The Sunday Morning No Comments 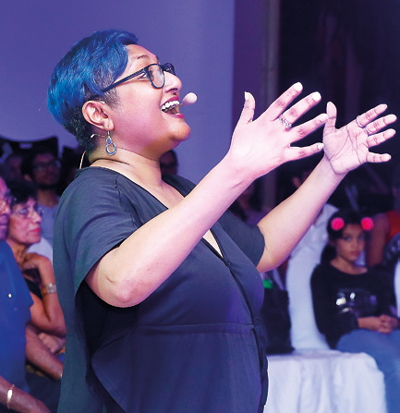 One day last year, somewhere towards the end of 2018, social mental health worker (by her own account) Kumudini Perera-David walked up to Shehan Wijemanne, vocal trainer, and said she wanted to begin a choir.

However, the reason behind her request was not simply that she wanted to put some people together to sing; she wanted to create something different, to revolutionise, or rather, invoke in people the sense of healing which can be found in music – a feeling which, for a long time, has been rather lost amongst the people of this country, which has undergone such a great deal of turmoil and suffering.

“Music is the only medium that can address matters of the mind, body, and soul in unison. It successfully alters emotions and feelings and brings a sense of wholeness, wellbeing, and completeness in unimaginable ways. Music is a solution and one of the best there is, if not the best,” is the belief of the choristers.

The choir was soon put into action by Shehan, Kumudini, and Sean Amarasekara – the three directors – with “fluidity” as their watchword. With their basic motivation being healing, the choir welcomes anyone who wishes to sing, into any section in which they wish to sing. 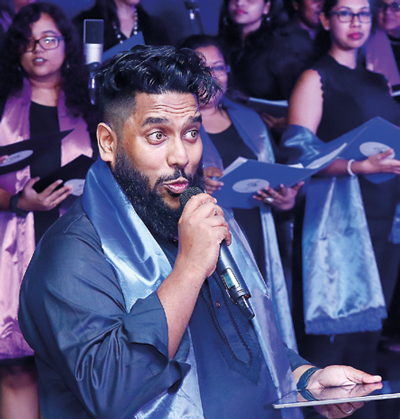 Clefolution is special in this sense as they do not believe in separating individuals into gender-based vocal categorisations. One can simply join any sector they wish to and perform provided that of course they have adequately attended practice sessions.

Further, they do not require a participant to be an excellent singer. Shehan Wijemanne said: “Anyone who is not clinically deaf or dumb can sing, and can be taught to sing.”

While they have performed at a few events prior, their first independent performance titled “Sacred Chords” was on 11 October 2019, at St. Mary’s Church, Bambalapitiya.

Absolutely uplifting the spirits of the entire audience and throwing everyone into a trance of peacefulness and grace, Clefolution beautifully showcased what they stood for in combining the two words, “clef” and “solution”. 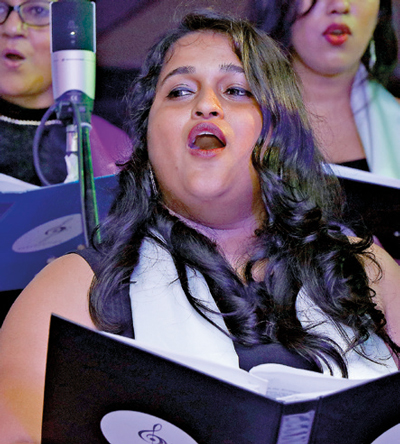 The name was the brainchild of Shehan himself. However, it was not thought up solely for the purpose of naming the choir, and, for that matter, not even recently – it was a word Shehan had come up with when he was a child.

“A clef is the most basic thing when it comes to music,” Shehan said, adding that he had combined it with the word solution which was what he wanted to give to the world with its abundance of problems. He had never had the opportunity to use it and when the question of what the choir should be called came up, he was more than happy to use it for the choir.

Further, in an attempt to increase the appeal of choral singing, which is not so prevalent in our little island, any income earned by the choir, no matter how small, will be split amongst every member who participates in a show.

Clefolution hopes to work more towards fulfilling the goal of making choral music an industry by trying as much as possible to create their own compositions. They are halfway there as they have already performed a few original arrangements, such as “Gentle Woman”, “Somebody to Love”, and “Sweet Heart of Jesus”, which were performed at Sacred Chords on the 11th.

Shehan wishes to compose original choral pieces that are exclusively performed by choirs in order to coincide with well-known greats such as Handel’s “Messiah”.

In the near future, especially as Christmas approaches, Clefolution hopes to perform at a few shows and indeed hold some of their own, hopefully spreading the solution far and wide across Sri Lanka.

October 10, 2019 byThe Sunday Morning No Comments
This week, we spoke to upcoming musical sensation Gayan Rathnayake, aka. GaaPiNk, whose new single “Pose Like a Queen” is an LGBTIQ anthem.