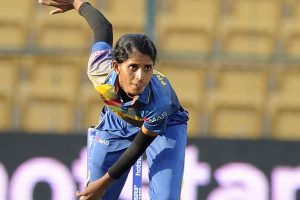 The source further added that the national team’s practices had not been conducted in recent times due to the pandemic and therefore a lot of other members of the team contacting the killer virus through Prabodhani is zero.

The 35-year-old Beruwala-born left-arm medium-pace bowler has played in 56 ODIs and 73 T20Is for the country since 2009, scalping a total of 79 wickets in the two formats.

February 23, 2021 byRevatha No Comments
The WI - SL time difference and SL's recent poor form may lead to the blac-out