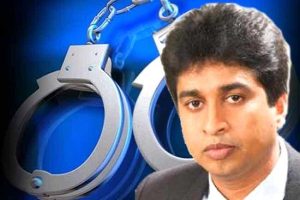 The Attorney General has instructed the Acting IGP to record statements from former MP J. Sri Ranga, and former DIG Amarasiri Senaratne with immediate effect following inaction by the police with regard to investigations into a fatal accident involving Ranga’s vehicle.

The vehicle accident in Settikulam on the afternoon of 30 March 2011 left Ranga’s bodyguard – a Police sergeant, dead.

The AG in a letter has instructed the acting IGP C.D. Wickramaratne to immediately record statements from the suspects J. Sri Ranga and .D. Amarasiri Kumara Senaratne and to submit the complete IB extracts to the AG’s Department within the next three days.

The letter states that the Director of the Special Investigations Unit (SIU) had been instructed on 15 October to arrest, record statements and produce 6 suspects including Sri Ranga and Senaratne before the Vavuniya Magistrate’s Court.

The AG also instructed the Acting IGP to take disciplinary action against the aforementioned police officers for negligence of duties.

November 5, 2018 byCharindra No Comments
The Tamil National Alliance (TNA) and the Janatha Vimukthi Peramuna (JVP) are currently holding a meeting to discuss the current constitutional crisis.