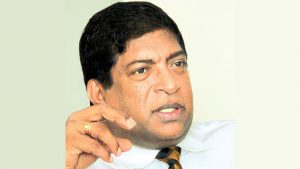 The Attorney General (AG) has submitted preliminary objections against writ applications filed by former Minister Ravi Karunanayake and 3 others.

The relevant writ applications were heard before a Court of Appeal Trial-at-Bar today (11).

Further consideration of the applications was postponed to tomorrow (12).

JVP seeks intervention of NASC over allocation of funds in WPC

The JVP has lodged a complaint with the National Audit Service Commission (NASC) on Monday (13) seeking the intervention of its Chairman Gamini Wijesinghe to stop the allocation of funds and privileges to the Opposition Leader, Leader of the House, Chief Government Whip and Chief Opposition Whip of the Western Provincial Council[…]