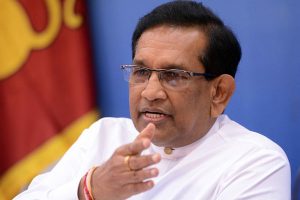 Agreement has been reached on the draft constitution of the UNP led alliance Minister Rajitha Senaratne told reporters today.

Senaratne was speaking at a press briefing organized at the Temple Trees.

Speaking to media Senaratne said consensus on the alliance constitution was reached on the 27th of this week.

He further said a committee had been formed under his leadership to formulate the  principles and policies of the new alliance.

Senaratne said external political parties, minority groups and civil organizations will be consulted before the naming of the Presidential candidate of the new alliance.