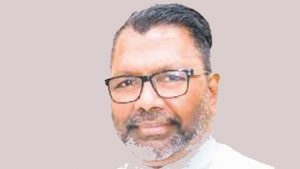 An agreement was reached yesterday (14) to release additional land under military control in the North to civilians, The Sunday Morning learnt.

Northern Province Governor Dr. Suren Raghavan told The Sunday Morning that following a discussion between the Jaffna Army Commander and parliamentarians representing the North, it had been decided that land areas that had no affiliation to national security would be released from Army control.

“We have made some solid progress. The parliamentarians and the Army Commander for Jaffna agreed that small pockets of land that had no connection to national security would be released to the citizenry,” he said.

Accordingly, land areas in Thellipilai and Myladi in the Jaffna peninsula would be released from Army control.

He said that it was agreed at the discussions held last morning that there must be a balance between national security and democracy.

“Both the MPs and Army principally agreed that a balance must be struck between national security and the democratic rights of the people,” Dr. Raghavan said.

In addition, he said that teams had been set up both at a local level and national level to look into giving more land back to the people.

“Teams have been established to look into where and how land could be released to the people as well as fortified for the purpose of national security,” he said.

Raghavan also expressed his appreciation for all those who took part in the discussion, including all officials, despite it being a holiday.

August 2, 2019 byTSM Web Desk No Comments
Deputy Inspector General of Police (DIG) of Kurunegala, Kithsiri Jayalath who was involved in breaking the highly controversial Dr. Shafi’s sterilization story has been transferred to Trincomalee.