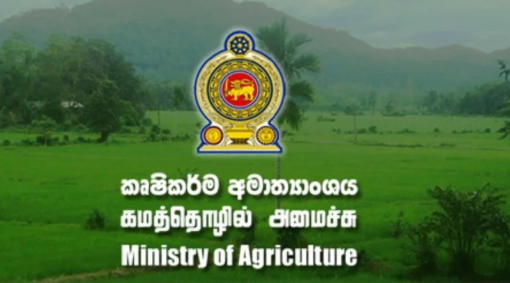 All agricultural imports to be banned in next 4 years

February 18, 2021 by Karen Hapuarachchi No Comments

The Sri Lankan Government is preparing to gradually ban all agricultural imports of the country within the next four years, according to the Ministry of Agriculture.

Minister of Agriculture Mahindananda Aluthgamage, during a recent press conference, stated that the Ministry has received a large sum of money which is set to be invested into particular sectors of agriculture in order to enhance the productivity of local manufacturing to cater to the total production requirement of the country.

“In regard to the vision of prosperity of President Gotabaya Rajapaka, the challenge the Ministry of Agriculture has come across is to influence a local manufacturing-based economy. In the past, our economy consisted of an import-based economy,” Aluthgamage commented.

Moreover, he stated that in the present year, the Ministry has identified 16 plants that can be locally produced, some of which are wheat, chilli, big onions, red onions, potatoes, maze/corn, mung bean/green gram, cowpea, soya, and nuts.

As the main objective of the Ministry is to improve the productivity of these products, green grams, nuts, and cowpea have already been improved and brought into full efficiency to fit the total production requirement of the country. The Government, in collaboration with the Ministry of Agriculture, aims to bring the other 14 products into complete efficiency within the next four years.

“The Ministry is planning to stop all imports and initiate an import substitution where the majority of imports would be locally manufactured. If we take 2019, we imported potatoes, big onions, dried chilies, corn, wheat, and milk worth Rs. 2,100 million. All these products were imported while the country had the capacity to produce them locally. Therefore, with approval from the President, the importation of locally manufactured products will be banned, while the local production of these products will be encouraged and supported,” Aluthgamage added.

Aluthgamage further also stated that investment and land allocations would be made for local manufacturers of the aforementioned products to help the firms reach their full potential and cater to the full requirement of the country.

In the meantime, the Government still stands firm on the importation of turmeric due to the promotion of local production, it is learnt. Turmeric is grown in wet and intermediate zones of Sri Lanka as a monocrop and an intercrop under coconut. The major growing districts are Kurunegala, Gampaha, Kalutara, Kandy, Matale, and Ampara.

Sri Lanka currently has a requirement of approximately 400,000 kg of turmeric for local consumption. In addition to this, it was reported last year to The Sunday Morning Business that a fake shortage has been created by turmeric importers during elections in order to influence the Government to re-evaluate their decision. However, it was reported that the Government acknowledged this and “did not fall into their traps”.

“Turmeric has been imported from India, and due to the Covid-19 situation, imports have been halted. However, steps will be taken to promote local turmeric cultivation,” Minister of Trade Dr. Bandula Gunawardana commented in July last year regarding the local production and the import substitution of turmeric.

May 23, 2022 byNews Admin No Comments
China says it stands ready to work with relevant countries and international financial institutions and to continue to play a positive role in easing Sri Lanka’s debt burden.

March 5, 2021 byNews Admin No Comments
The Central Bank of Sri Lanka (CBSL) is considering extending the request submitted by several sectors to extend the moratorium on local leasing on seizing vehicles which is to expire soon..