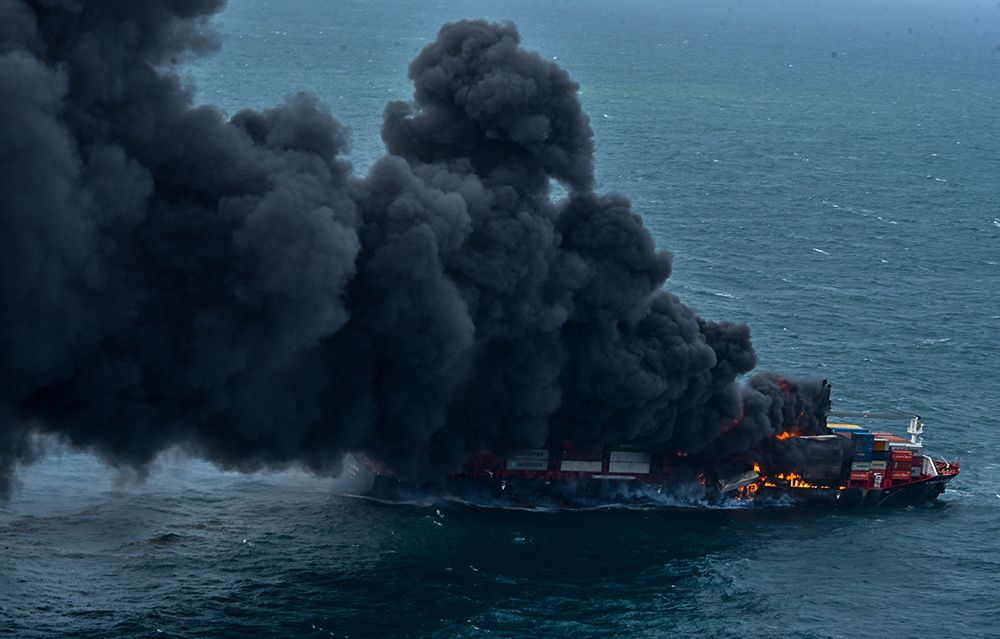 All at sea in the ocean 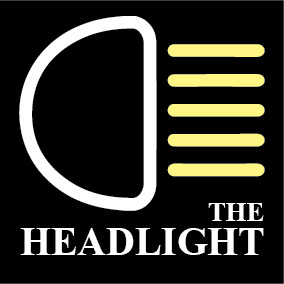 Sri Lanka has now experienced two major maritime incidents in the span of nine months, both of which have highlighted the inadequacy of preparedness and response mechanisms locally to deal with such fires. Positioned as we are among the world’s top cargo ports on one of the world’s busiest sea routes, Sri Lanka needs to take stock of its readiness to ensure its maritime resources are safeguarded from the potential fallout of incidents such as the fire engulfing the MV X-press Pearl, and oil spills in particular.

With the shipping industry continuing to build larger container ships that can carry an ever-increasing number of 20-foot equivalent units (TEUs), the chances of a vessel carrying a container of hazardous material that may cause an accidental explosion or fire also loom larger. Gard, the world’s largest marine insurer, estimates that onboard fires were reported once every two weeks in 2020, and even more frequently in 2019 – and that’s not counting the smaller fires that are put out early and numerous near-misses. Many fires in container ships, according to Gard, are caused by self-heating charcoal, incorrectly packaged or declared chemicals, and batteries.

MV X-Press Pearl was known to be carrying hazardous cargo onboard, including 25 tonnes of nitric acid. Some of that cargo has already slipped into our territorial waters as the vessel began listing mid-week. All too predictably, as some of that cargo and debris washes up on shore, few have heeded warnings and threats against coming into contact with it. Instead, mass-scale looting is now going on, mid-lockdown, for these contaminated gifts from a blackened sea. Perhaps better awareness instead of arrests may be the need of the hour – scare the people with the health consequences, not the legal ones.

Sri Lanka must urgently review and strengthen the laws governing incidents such as these. At the time of writing, the danger of a potential oil spill from the ship capsizing remains high, posing a heavy hazard to marine life. Such an environmental disaster, depending on the breadth of its impact, can have sustained consequences for marine ecosystems. While the Marine Environment Protection Authority (MEPA) has lodged a complaint against the Captain of the MV X-press Pearl, it is worthy to note that similar charges brought against the Captain of the MT Diamond seeking $ 1 million in compensation for environmental damage, only resulted in a fine of $ 65,000.

Firefighting efforts in Sri Lanka’s territorial waters are usually led by the Sri Lanka Navy, which often calls upon neighbouring India to bolster its capabilities. In this instance too, the Navy and Indian Coastguard have expended expensive resources over a number of days to battle the blaze as well as monitor its effects. During the MT New Diamond incident in September, the vessel owner agreed to a settlement of $ 2.4 million for local firefighting and associated services led by the Navy. It remains to be seen what the response to this event will be. Given the traffic and congestion at the Port of Colombo, however, it is timely that Sri Lanka augments its maritime safety, perhaps by setting up a dedicated unit to respond to similar emergencies.

It is rare that multiple, significant marine accidents happen at the same location. This is perhaps why Sri Lanka is found wanting of a modern framework of resources and laws to deal with such incidents. The big picture, however, is that we are an island with a large commercial fisheries industry as well as a tourism industry that relies greatly on our sun-sea-sand proposition, resulting in millions of livelihoods directly affected by a major marine disaster. As Sri Lanka’s maritime influence expands and our key ports become busier, even as hundreds of ships sail the lane we lie on, it is in our national interest to fortify ourselves against potential marine accidents and strengthen our capability in early mitigation.

September 13, 2021 byNews Admin No Comments
Confirming rumours that were circulating throughout last week, Ajith Nivard Cabraal has stepped down as the State Minister of Money and Capital Market and State Enterprise Reforms to take over the Cen

May 10, 2020 byCharindra No Comments
Two veteran hoteliers, Hiran Cooray and Timothy Wright, discuss the challenges of the hospitality industry in a tourist-less country.