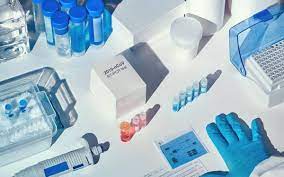 Health sector trade unions (TUs) have called on the Government to appoint an expert committee to look into the alleged irregularities that have taken place during the procurement of Covid-19-related medical equipment as well as to probe the vaccination programme.

Numerous allegations have been made since the pandemic hit the country last year regarding the alleged irregularities within the Health Ministry as well as the misappropriation of public funds and the irregularities that have occurred during the implementation of the vaccination programme against Covid-19. 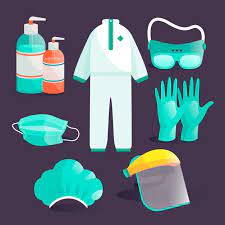 Investigations are currently being carried out into alleged financial irregularities that have taken place in the procurement of PCR test kits and personal protective equipment (PPE).

As alleged by the unions, the Criminal Investigation Department (CID) does not have the relevant technical knowhow to carry out an investigation into the irregularities that have occurred in the field of medicine and therefore, they urged the Government to appoint an expert committee comprising medical experts, including specialists of the relevant field, to probe into the allegations.

Sri Lanka Association of Government Medical Laboratory Technologist (SLAGMLT) President Ravi Kumudesh, noting that the irregularities involved experts in the field and the technical committees that have given the approvals also comprise such experts, alleged that a CID official wouldn’t be able to question the technical details.

Therefore, he told The Sunday Morning that the best solution for this is to appoint a committee with similar levels of expertise to probe the allegations.

“We have already informed the President in writing. But we don’t see any development yet. There should be a mechanism to find out if the irregularities occur at this magnitude,” he stressed.

Kumudesh said the reagent monopoly has created a PCR dilemma as a group of virology specialists had convinced the health authorities to use a kind of reagent that they recommended, which is not up to date.

“The PCR tests have evolved during the year and at present, there are technologies available to provide the test results within an hour. But local authorities are not taking steps to expand the technologies and shift into the newest technologies to expedite the testing process and increase testing capacities,” he explained, adding that the speed of the test depends on the quality of the extraction done by using reagents and therefore, it is always important to use the newest technological approaches to speed up the process.

Furthermore, the SLAGMLT President stressed that there were three PCR machines available at the Medical Research Institute (MRI), but the authorities are not taking steps to replace the existing machine in Mulleriyawa with one of the machines at MRI.

He also urged the Government to conduct an impartial investigation into the PCR machine in Mulleriyawa, which was obtained with funds from Asian Development Bank (ADB), as the machine was said to be worth around Rs. 200 million

Kumudesh, however, blamed the officials at the Health Ministry for turning a blind eye to the corruption that is taking place at key government institutions falling under the purview of the Ministry. “Even though we have highlighted these corruptions, the relevant authorities have not yet taken any step to rectify these issues,” he stressed.

Meanwhile, speaking to The Sunday Morning, All Ceylon Nurses’ Union (ACNU) President S.B. Mediwatta said there was no proper mechanism for the Health Ministry to equally distribute the required PPE to hospitals around the country.

“These should be investigated and many health workers are facing numerous issues because of this,” he stressed.

Mediwatte noted that the situation at the Colombo National Hospital has now become worse with the increasing number of Covid-19 patients being admitted on a daily basis and expanding of the number of wards to cater to the increasing demand.

“Most of these wards allocated for Covid treatment don’t even have enough face masks. When we requested masks from the management, they only gave half of the necessary demand. Around 100 masks are needed for a Covid-19 ward per day for all health workers including doctors and nurses,” he added.

However, the union noted that if the Government does not provide the necessary facilities, the nurses would take stern TU action in the immediate future in spite of the current pandemic situation.

As learnt by The Sunday Morning, there is no blanket approach applied for the purchasing of medical drugs and equipment, especially to the state sector, as in some instances the hospitals conduct direct purchases while the Medical Supplies Division (MSD) and the State Pharmaceuticals Corporation (SPC) are involved in the process as per the requests made by the Health Ministry.

Therefore, health experts urged the Government to conduct a technical investigation into the entire procurement process followed by the Health Ministry.

In the meantime, the CID is conducting an investigation into an alleged PCR test kits racket which has been conducted by a group of officials attached to the Ministry of Health. It is reported that the investigators have uncovered that payments had been made to purchase Rs. 38 million worth of PCR test kits without following the proper tender process or obtaining approval from the Director General of Health Services (DGHS).

Further, it is revealed that the procurement of PCR test kits has been granted to a friendly company under emergency purchasing on the assumption that the signature/approval from the DGHS could be obtained later.

A senior official attached to the Police Department, who wished to remain anonymous, told The Sunday Morning on an earlier occasion that the investigations were currently going on and several statements had been recorded by the CID.

However, former DGHS Dr. Anil Jasinghe had refused to sign two such tender documents, the CID has uncovered.

According to the investigations, payments have been made to a German company for two tenders worth Rs. 16 million and Rs. 22 million, respectively.

However, as learnt by The Sunday Morning, even though tenders worth over Rs. 10 million have to get approval from the Cabinet, the investigations have uncovered that the group of officials had obtained the money by misleading the audit officer.

The investigations are being carried out by the CID as per information received by the State Intelligence Services (SIS).

Accordingly, statements from over 67 officials, including the officials from Health Supplies Division and the MRI, have so far been recorded by the CID.

A similar investigation is being carried out by the CID on alleged financial irregularities that had taken place during the procurement of PPE.

It is learnt that the alleged irregularities amount to hundreds of millions of rupees.

Lockdown results only after 21 days

September 4, 2021 byNews Admin No Comments
The Covid-19 virus has taken a stronger hold in the country, with the number of fresh daily cases closing in on the 3,500 mark on average and the number of deaths surpassing the 9,800 mark over the pa

Navy strengthens presence in and around Hambantota Port

October 21, 2018 bythemorninglk No Comments
The Sri Lanka Navy has strengthened its presence; both inside and outside the Hambantota Port.....