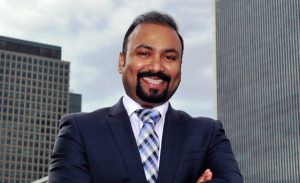 Winner of the inaugural edition of the Lanka Premier League (LPL), Jaffna Stallions, has a new owner now.

A media release by LPL announced yesterday (28) the new franchise ownership. The new name of the franchise will be ‘Jaffna Kings’.

Out of those five, Jaffna Stallions, under Thisara Perera, beat Galle, led by Bhanuka Rajapaksa, by 53 runs in last year’s LPL final. The entire tournament last year was held under a bio-secure environment at the Mahinda Rajapaksa International Stadium at Hambantota.

Last year, the league was held from 26 November to 16 December. This year’s second edition of the LPL is now scheduled to be held from 4-23 December. 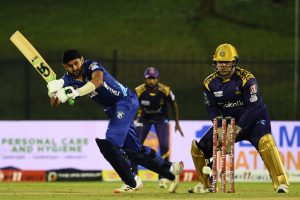 Shoaib Malik of Jaffna Stallions bats in the final against Galle Gladiators in the LPL first edition final at Hambantota on 16 December 2021. Stallions won by 53 runs

The league was founded by SLC in 2018. In August 2020, one of the incumbent Vice Presidents of SLC, Ravin Wickramaratne, was officially appointed as the LPL Tournament Director.

Dubai-based production company, Innovative Production Group (IPG), whose Founder and CEO is Anil Mohan, is the official promoter of LPL.

In June this year, former Sri Lanka player and Manager of the national team, Charith Senanayake was appointed as the Technical Committee Chairman for the LPL 2021.

In June this year, SLC agreed to terminate Colombo Kings and Dambulla Viiking due to financial issues, it was reported. SLC also confirmed then that two new franchises would replace them.

In September 2021, Dambulla Viiking changed their name to Dambulla Giants after Qamar Khan of Hamro Foundation became its new owners. Previously it was owned by Bollywood film actor and producer Sachiin J. Joshi.

This year’s LPL was first scheduled to be held between 30 July and 22 August.

Yet, on 9 July, the tournament was rescheduled for 19 November to 12 December, allegedly due to unavailability of overseas players during the said time duration.

Last week it was announced that this year’s league will be held from 4 to 23 December 2021. 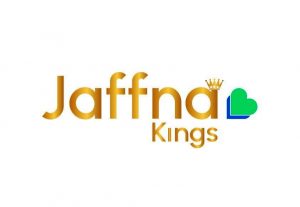 Speaking about the new venture, Subaskaran have said, “I have been observing the gradual growth of the LPL. It has turned out to be a spectacular sporting event, and I believe that the LPL can become a major event in the cricketing calendar. Many Sri Lankans globally look forward to this tournament, with better funding and drafting of bigger names, the league is bound to be a global phenomenon, and I don’t want to be left out of the party.”

Yesterday’s LPL media release said yesterday: “Allirajah Subaskaran is the Founder and Chairman of Lyca Group of Companies in the UK.

The Group has been diversifying its businesses in the South Asian region with a strong presence in India and Sri Lanka, making their venture into the LPL, a well-calculated move.”

“Well, it makes sense to put your money on the team that won last year, and, I do have some sentimental attachments to the north of the island,” Subaskaran has said when asked why he chose the Jaffna team.

Welcoming the new owner, Anil Mohan of IPG has said; “It gives me immense pleasure to welcome on board Lyca Group Chairman Mr Allirajah Subaskaran as the owner of the Jaffna franchise. I am sure that his love and passion for the game will enable him to connect with the team and engage the fans and all its stakeholders going forward.”

Jawad Ghulam Rasool, Chief Operating Officer of IPG, said: “We at the IPG group recognise that it takes many individuals whether in management, players or franchise owners to put together a league that we can be proud of, a league like LPL. We would like to welcome Jaffna franchise owner Mr. Allirajah Subaskaran, Chairman of the Lyca Group to the LPL community and look forward to growing stronger together.”

With the LPL 2021 players’ draft is scheduled for next month, the new owner of the Jaffna franchise expects to rope in some big international and local stars. 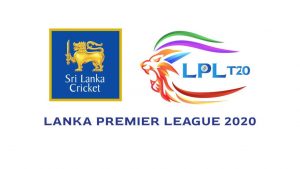 “Sponsors had enjoyed a media evaluation (visibility) of $ 54.5 m [approximately Rs. 10.9 b on today’s value] and title sponsor ‘My11Circle’ enjoyed a return on investment (ROI) of 9.85x,” also added the above communiqué.

“On social media, it had achieved a reach of 218 million and found 133,478 mentions as the league came alive with each and every match with some scintillating performances on the ground,” the above release further said.

The Lyca Group is reported to be a British multinational corporation delivering low-cost, high-quality products and services to communities across the globe.

Since Lyca Mobile’s founding in 2006, a number of additional products and services have been added to Lyca Group’s portfolio, diversifying its offering across telecommunications, entertainment, travel and tourism, healthcare, media, technology, financial services, marketing, and hospitality.

October 28, 2021 byRevatha No Comments
Opener makes himself unavailable for selection after CSA makes it mandatory to take knee

England tour of South Africa cancelled due to Covid-19

December 7, 2020 byRevatha No Comments
Players from both camps were tested positive