Aloysius in contempt of court?

July 5, 2020 by Charindra No Comments
•Summoned to appear on 10 July
•Offshoot of Mendis ownership case 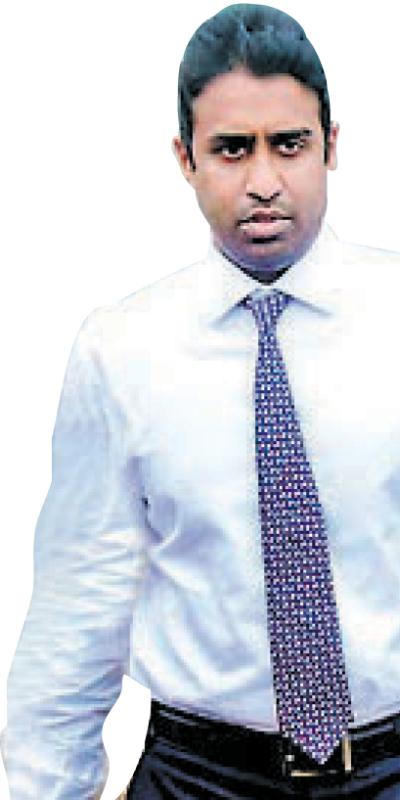 Controversial businessman Arjun Aloysius has been served with a contempt motion for failing to honour an enjoining order issued against him, barring him from interfering in the management of alcohol producer W.M. Mendis & Co. Ltd.

The motion has been served by Jayasiri Holdings (Pvt.) Ltd., to which Aloysius handed over W.M. Mendis & Co. for a 10-year period in 2018, while he was in remand custody over the Central Bank Bond Scam, The Sunday Morning Business reliably learnt.

The application made by W.M. & Co. Mendis to set aside, vacate, or vary the enjoining order was refused by the court. The court fixed the date 10 July 2020 for Arjun Alosius and a fellow director to plead to the charge of contempt.

When contacted for comment, Aloysius refused to discuss the matter over the phone.

“This is a matter that is in court. I can meet you and discuss this, but it’s a court matter so I will not talk over the phone,” he said.

Aloysius is the central figure in the Bond Scam, for which he spent nearly a year in remand custody, and is the owner of primary dealer, Perpetual Treasuries Ltd. He is the son-in-law of disgraced former Central Bank Governor Arjuna Mahendran.

He was arrested in February 2018 and in April 2018, while in remand custody, he had a management agreement signed between W.M.Mendis & Co. and Jayasiri Holdings, handing over the management of the former to the latter for a 10-year period. However, a short while after he was released on bail in January 2019, Aloysius had repeatedly attempted to assert himself over Jayasiri Holdings by constantly entering the premises located in Welisara and interfering in the affairs of the management, according to Jayasiri.

As the ownership of the company still lay with Aloysius, this had created several complications, both legal and interpersonal. Furthermore, the controversy surrounding Aloysius and his company Perpetual Treasuries Ltd. had resulted in bad publicity for W.M. Mendis & Co., with rumours spreading that Aloysius had taken back control of the company, Jayasiri said.

Therefore an enjoining order was obtained by the company on 9 June from the Commercial High Court to prevent Aloysius interfering in the management of W.M. Mendis & Co. M.U.M. Ali Sabry PC with Attorneys-at-Law Buddhika Illangatillake and Samhan Munzir appeared for the plaintiff company instructed by Attorney-at-Law Dhammika Jiminige.

Aloysius gained control of W.M. Mendis in 2011 when his company Perpetual Capital Ltd. acquired a controlling stake in the popular liquor producer for reportedly over Rs. 1 billion. It was at the time the most significant acquisition made by Aloysius.

W.M. Mendis & Co. is one of the four players in the alcohol industry, which is led by the Distilleries Company of Sri Lanka and also includes Rockland Distilleries and International Distilleries Ltd.

Gearing towards the 5G transition

May 2, 2021 byNews Admin No Comments
Back in our childhood, we have all long awaited the time to see flying cars and holograms, and it seems with the introduction of 5G, we are a step closer towards a digital transformation. The accelera

February 7, 2019 bythemorninglk No Comments
There is evidence to suggest that family businesses are more stable and resilient with regards to sustainability, however, the downside of such businesses often reside within the family itself.