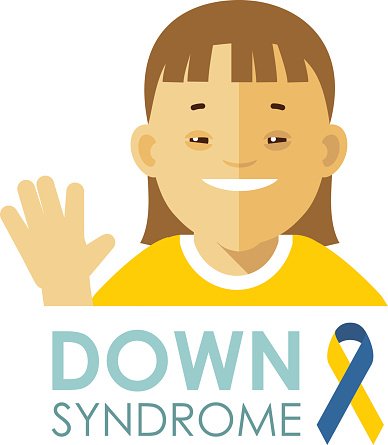 An insight into Down’s syndrome

By Dr. Lahiru Peiris of Base Hospital Thambuttegama

This world is a beautiful and precious place and it belongs to each and every one of us. From humans to animals, we all have equal rights to live on this planet. It doesn’t matter whether you are fair or dark, tall or short, rich or poor. We have all gone through various medical-related issues since we were born. Those medical issues can arise when we are exposed to the world or they may be generated through genetics.

Down’s syndrome is one of the most common genetic disorders in the world, with a worldwide prevalence rate of one in 700 births. Typically, you have 46 chromosomes from both the mother and father, which are 23 pairs, but in Down’s, you get an extra copy of a chromosome, which is chromosome 21. This occurs shortly after fertilization. This extra chromosome will give rise to various medical issues.

This syndrome was first described by an English physician called John Langdon Down in the late 19th Century. It was the French physician Jerome Lejeune who discovered that Down’s syndrome is a chromosomal disorder.

The causes or risk factors for Down’s syndrome are still a mystery but some researchers have found out that there is a link between older maternal age and Down’s syndrome.  There is not enough data to prove a link between Down’s and how the environmental factors, parental activities, or family history of Down’s affect the outcome in pregnancies (except for 1% of translocation).

Diagnosis of Down’s can be made before birth and after birth. Highly invasive diagnostic screening tests such as amniocentesis and chorionic villus sampling can be used, but those tests can give 2-5% of false-positive results. Those tests also may cause abortions. Chorionic villus sampling is done 10 weeks before the gestational age and amniocentesis can be performed 15 weeks before the gestational age.

In western countries, more than 90% of pregnancies are terminated after the screening tests.

After birth, a test called karyotyping can be performed to confirm the diagnosis.

Signs and symptoms of Down’s syndrome

Most of the above features can be detected even just a few hours after the birth of the child.

Some babies with Down’s syndrome can end up with major medical problems.

Parents’ major concern is how to cure this syndrome but unfortunately, there is no cure for this condition. However, multidisciplinary care can be provided for the baby to prevent future medical problems as mentioned above. Early intervention can be performed to prevent major complications.

The prognosis can be variable depending on the baby’s condition and future complications. Average life span will be around 50-55 years if there are no complications with major medical issues. Men will be sterile but women can be fertile. However, there is a high chance of giving birth to a Down’s baby. Some might go on to develop Alzheimer’s disease.

Advice that should be given to parents:

How to stay motivated about education during this economic crisis?

April 17, 2022 byPavani Jayasinghe Munagamage No Comments
During an economic crisis, the slowdown of the economy is associated with reductions in hourly wage rates, number of hours worked, and the amount of public and private funds available for schools. Suc

November 29, 2020 byKusumanjalee Thilakarathna No Comments
When we travel along gravel roads, whether by car or by foot, we always feel the rocks beneath us, alongside the sand. All these rocks found in Sri Lanka take up various shapes and forms.