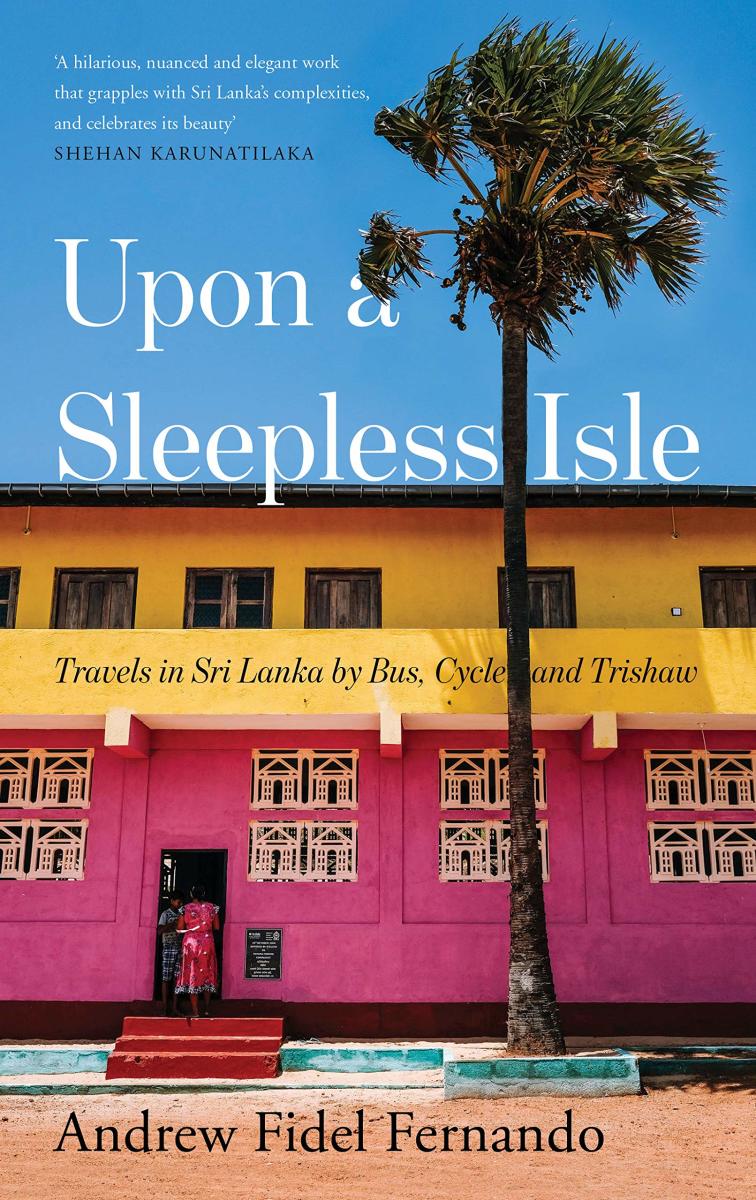 March 5, 2021 by Venessa Anthony No Comments

Andrew Fidel Fernando is the author of the award-winning travel book Upon A Sleepless Isle. Fernando also appeared on a webinar hosted by British Council Sri Lanka on 4 March, where he discussed his book.

Explaining what the webinar featured, Fernando commented that it was hosted in honour of World Book Day, adding that the session was a broad-ranging interview about how he came to write the book and why he wrote in the way that he did. “The webinar also touched on how I changed my idea of Sri Lanka, from the beginning of my journey to the last leg of it.”

The Morning Brunch spoke to him about his book, travels, and more. Here are some excerpts of the interview.

What is the focus of your book, ‘Upon A Sleepless Isle’?

The book is a travel book on Sri Lanka. I travelled around the country for eight weeks. When I was younger, the war was happening and it was a hassle to travel, so I didn’t have the chance to travel, but I always wanted to visit all these faraway places – from Mannar to the south-east to Ampara and Trincomalee.

When I came back to live here as an adult, Sri Lanka had become a tourism hotspot and all these tourists were travelling the island. The book is about visiting these beautiful places and talks about why certain places became the way they are and how the history of these places resonate with the present. The book has a lot of humour and jokes about places, the people I met, and about myself, as well as a lot of family history. 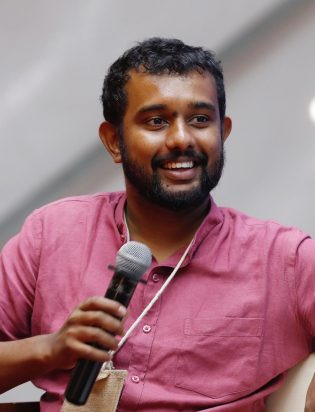 “We have different cities and regions and I learned what they all bring to the table. Travelling to the North and to the East and even parts of the central hill country, I realised they are all very different” Andrew Fidel Fernando

What was your inspiration to write a book?

I was reading a lot of travel writing around 2013 and I’ve always loved to travel. At the time, there wasn’t a travel book on Sri Lanka, especially not one that was written by a local. Travel writing in Sri Lanka I found to be a little bit off the mark, and didn’t really capture the island that I knew. I wanted to make that right and write a travel book that kept true to Sri Lanka.

I didn’t overthink it; I’m a writer by profession and it just made sense to document my journey and to write something that helped me process my feelings towards my country.

Why did you decide to travel using public transport?

That’s just the way I normally travel – it was not a conscious decision. I travelled by bus, three-wheeler, train, and even bicycle and truck. Apart from a car, I embarked on every type of vehicle; at one point, I even rode a Scooty. If you really want to get to know a place, then being sealed off from the environment in a car doesn’t seem like the smartest way about it. It’s always better to have human interaction with people by riding around in public transport. It’s also cheaper and I enjoy using public transport.

What was your most memorable experience while travelling?

There were many. It’s quite hard to name one. A part of the country that surprised me was Mannar in the North East; I found history that I had never been exposed to, I found areas that were beautiful and exciting. The Madu Church was one of those. People from all faiths were always praying for healing and even though Madu is set in one of the most war’ed-over parts of the country, the church stands out.

There was also a time in Kandy, where I met with a big three-wheeler accident in Kandy, so I had to spend a few days recovering from that.

In the south-east, I came across an old Kumana village in Kumana National Park, which had a fascinating story about a village that had been formed during the hill country rebellion in 1818. This story was about the people who fled the British violence and set up a little community in the middle of a jungle, which was essentially a refugee community. Then, when the war started, and got bad, in the early 1990’s that community was dispersed, so we have a story of a village being formed by one war and ending by another, which was fascinating to dig into.

The whole book is full of memorable experiences, and it was very difficult for me to boil it down to just a few.

Did travelling the country help you connect with different aspects of Sri Lankan culture?

Absolutely. If you are actually doing a proper trip around the country, you have to make sure that Sri Lanka is incredibly diverse, more than I had thought at the start. We have different cities and regions and I learned what they all bring to the table. Travelling to the North and to the East and even parts of the central hill country, I realised they are all very different. For example, Mannar and Jaffna are both Tamil areas, but Mannar is a Catholic stronghold and Jaffna has a bigger Hindu presence. The vibe of the two places were incredibly different, and even though they emerged from the same rough parts of the country, in some ways, the two places couldn’t have been more apart. Mannar was one of the most chilled out places I visited, whereas Jaffna was one of the more driven and ambitious places. So, I did encounter those kinds of differences and I didnt expect this many variations even within people that we tend to lump together.

What advice would you give to someone who wants to travel the country?

Be open to as many experiences as you can. I’m very privileged to be a man, so travelling is very easy and the number of bad things that could happen to me are far less than if you were a woman. There weren’t any instances where I felt vulnerable or afraid, but travel within what you’re able to.

I also spoke Sinhala, which is a big advantage when you’re travelling to other parts of the country, especially when you travel the way I did – staying in small guest houses and using public transport. As much as you are able to, try and be as open to doing new things and travelling in new ways. Get off the beaten path and go to little towns that don’t have much going for them; don’t just hit the major spots – try and stop by at little restaurants in these parts of the towns. In these little wayside places is where you are most likely to meet someone interesting.

Some of the most fascinating and interesting encounters I had were not at the mainstream tourist destinations; they were in small towns and little villages. When I got into a spot of trouble and needed help, the people at these places helped me and added some richness into my journey and the book.

I do have a book on the back burner and I do have a couple of writing projects that I can’t talk too much about yet. But I definitely have another book in the works; I’m not sure if it will be completed this year, but on top of that, I have a few more interesting things coming up.

The webinar is available on British Council’s Facebook page: @BritishCouncilSriLanka.

“I basically marched into the interview room” – Rehan Alexander Mudannayake

October 18, 2020 byJennifer Anandanayagam No Comments
DIDI is the story of a young British Indian faced with a momentous decision when reunited with her long-lost sister. Directed by Rehan Alexander Mudannayake, the film has been selected – from over 6,0

December 17, 2021 byNews Admin No Comments
Manoj Jayasinghe is a digital portrait artist on Instagram and TikTok, known for his drawings featuring portraits of a variety of online personalities and other known Sri Lankan individuals. He has re