Before the monsoon season begins, when the sun is at its hottest over the dry Sri Lankan plains, elephants from far beyond the borders of Minneriya National Park journey to the park’s vast ancient reservoir to quench their thirst and take shelter under the trees, which thrive in this lush oasis. This extraordinary event is the “gathering”: The greatest assembly of Asian elephants anywhere in the world.

The spectacular “gathering” happens as the waters of the beautiful Minneriya Tank in the North Central Province, built by King Mahasen in the Third Century AD, recede due to the dry season between June and October.

This fascinating phenomenon known as the “elephant gathering” is not strictly a migration but simply a meeting of elephants who’ve walked many miles along Sri Lanka’s famous Elephant Corridor to reach the sanctuary of the watering hole.

Minneriya National Park features, at its heart, an ancient man-made reservoir with a lush green landscape flourishing around its shores. Many animals congregate here each year when water elsewhere becomes scarce, including hundreds of elephants that are drawn to the park from many miles away to drink and to take advantage of the plentiful plant life that springs up as the reservoir waters evaporate. The waters augmented by the rains fill the tank to capacity up to the edge of the forest from December to April, but begin retreating with releases for farming and as the dry season takes hold of the area.

Unfortunately, soon this phenomenon may not even exist, as it is reported that the number of elephants gathering at the area seems to have decreased significantly.

Brunch spoke to environmental activists to learn more on why this event seems to show a decrease of elephants. 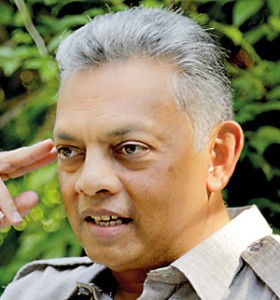 “A gradual but drastic reduction in elephant numbers has been observed in the Minneriya grasslands. The usual peak of around 400 elephants in September has halved”  DWC Director General Dr. Sumith Pilapitiya

Elephants range between areas for survival

A census conducted by the Department of Wildlife Conservation (DWC) in 2011 concluded that Sri Lanka had about 6,000 wild elephants. Comprehensive research conducted over the past quarter of a century by the Centre for Conservation Research (CCR) and others has shown that these elephants live on 60% of the landmass of Sri Lanka, over 40% on which they co-exist with humans. This research also shows that elephants do not adhere to arbitrary administrative boundaries drawn on a map but range between areas of seasonal food and water – a behaviour of many centuries, if not thousands of years, of practice and which the local human communities understood and adapted to.

Speaking to Melani Goonethileke, a member of the Extinction Rebellion Sri Lanka and the Climate Action Now Sri Lanka, she observed that most importantly, when talking about the human-elephant conflict, what we now know is that the DWC Protected Areas (PAs) are at or near their carrying capacity of elephants, and if more wild elephants are driven in and enclosed within them, they will soon starve to death as they deplete the area of the large amounts of fodder they each need to survive for a day. The situation with the tank seems to point to the fact that elephants are lacking their usual source of water or food.

In addition, research data shows that when the carrying capacity is exceeded, even the elephants that are residing in the PA are deprived of the fodder they need and starve. “In any case, being denied access to other populations of elephants, they would be forced to inter-breed, thereby facing inevitable extinction,” she stated.

What caused the decrease?

Speaking to former DWC Director General Dr. Sumith Pilapitiya, he stated: “A gradual but drastic reduction in elephant numbers has been observed in the Minneriya grasslands. The usual peak of around 400 elephants in September has halved.” He added that this is a huge concern and could lead to eventual extinction, as the elephants are no longer following the process they have been for many years prior.

In very startling news, he also informed us that recently it had been reported that there is a sixfold increase in instances of human-elephant conflict, including property damage and crop raiding, which obviously points to the lack of food, and human interference that forces elephants to stray from their usual paths. Referring to the situation in June 2021, he said that with the Minneriya Tank water levels being much higher than normally observed at this time, there is only a sparse scattering of fewer than 50 elephants.

Dr. Pilapitiya informed us that the Irrigation Department has assured the DWC that the reservoir level will not exceed 70%, as that is the volume needed for the Yoda Ela, which is on a higher level than the Minneriya Tank, to carry water to Kantale and the East, but he added: “Even though we have come to an agreement on this, we cannot communicate this with the elephants.”

He also noted that the natural system was working perfectly until Moragahakanda came into play, ruining the natural order of nature and causing odd movements of elephants; even a slight increase in the water level triggers the unexplained movement of some herds of elephants. On this topic, he highlighted that the elephants are not visiting the grasslands for water but rather for food, and the lack of water during the season they visit means that the grass does not have enough nutrition to grow, ergo the elephants are faced with a severe lack of food.

Dr. Pilapitiya also informed us that the elephant gathering was dubbed by Lonely Planet as one of the “10 Wildlife Wonders of the World”, adding that it is also the only one in Asia. This is a huge selling point for Sri Lanka’s tourism, and if the elephants do not gather, it is bound to show a steep decline in tourism, as this event will no longer be occurring, nor will it happen at predictable times.

If this issue is not given more importance and resolved quickly, not only is there a chance of extinction for these majestic animals, but the Lankan economy is also bound to take a hit as tourism that stems from observing elephants will no longer be present.

June 15, 2021 byNews Admin No Comments
The Sinhala Bonsoir opened the floodgates and brought in a whole new generation of viewers. It took the programme to an entirely different platform and France entered thousands of homes in rural Sri L

July 12, 2020 byJennifer Anandanayagam No Comments
The Green Path artists at the Colombo 7 area at the Open Air Art Gallery are back in action post curfew