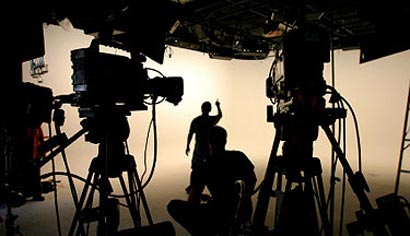 Anomaa on filmmaking – then and now: ‘For all the films I couldn’t make, I wrote poetry’

February 21, 2021 by Dimithri Wijesinghe No Comments 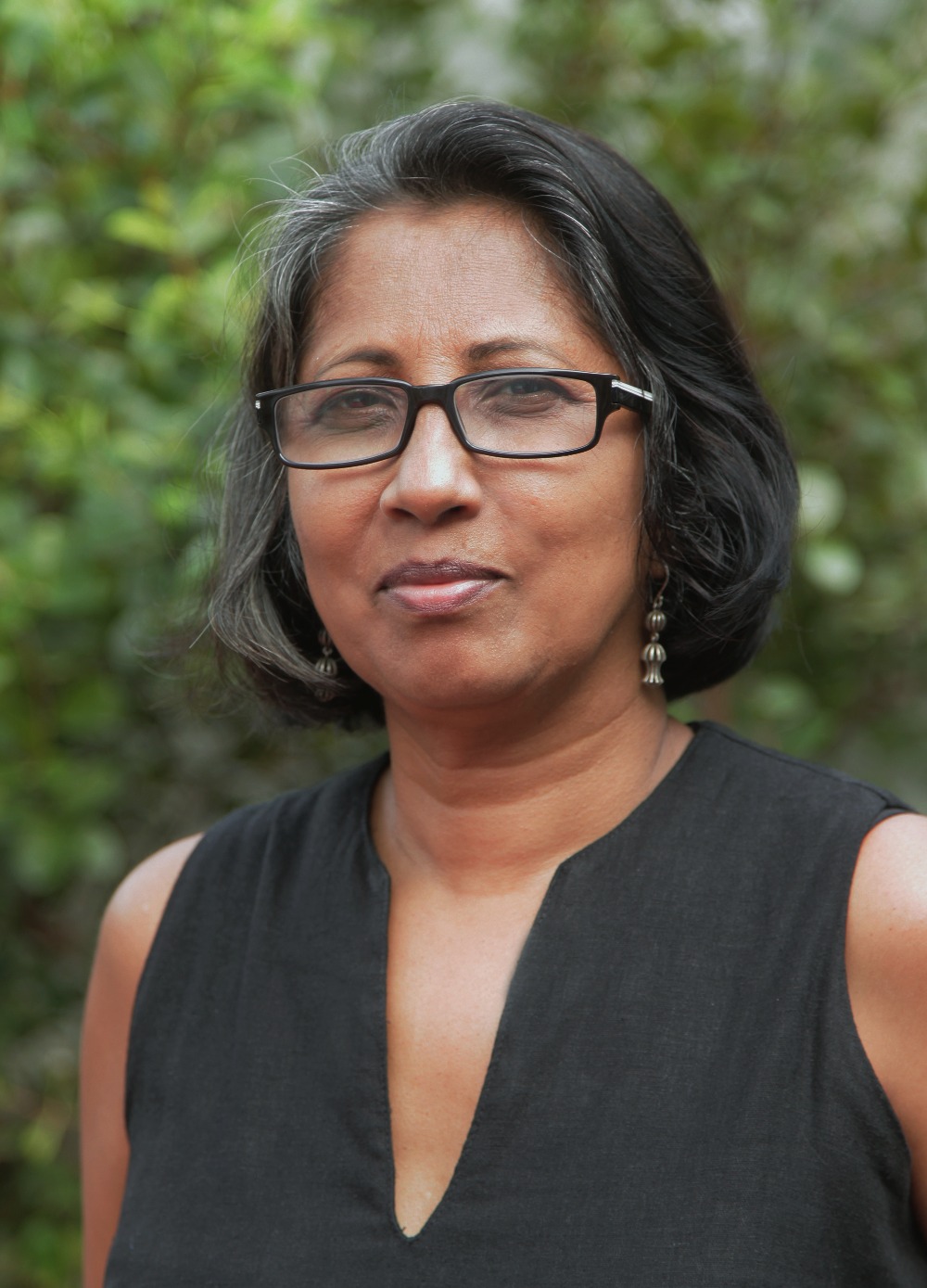 With all this experience under her belt, who better to talk about film now and film in times gone by, than someone who has paved the way for so many and continues to educate and share her wealth of knowledge and experience with the young and upcoming filmmakers in the island.

A mother, filmmaker, and photographer, Anomaa shared that she has been making films since the age of 17, and has been at it for nearly 40 years now. Back when she was getting started, there weren’t a lot of women in the industry, and a young girl coming out to say she wanted to be a filmmaker was something society laughed at.

She said that her first film was shot on Super 8, a recording medium that isn’t used anymore, and that she went about it on a very limited budget, buying expired film stock, which was basically all that she could afford, as “retailers would sell film stock that was nearing its expiry date for less”.

She said that back when she was starting out, there were no such opportunities where young filmmakers could either apply for a grant, or write to the State or an organisation to be set up with a helping hand for young filmmakers like nowadays. She said, thinking back, looking at the technological advancements and the changes in the industry, it has progressed greatly, and she is happy to see it.

Having to struggle greatly as a young female filmmaker, Anomaa said she is pleased to be able to be a part of the upcoming young filmmakers’ journey, sharing how she has been involved in producing around 100 films with Agenda 14 and several film festivals.

Judging films and being part of a jury

When you are making a film, as the director or producer, you are on the same side. However, judging a film at a festival is a different experience, said Anomaa, adding that despite the difference in role, as a filmmaker you always bring with you your experience, where you are not just a critic, as that experience helps understand where the filmmaker is coming from.

At IFFK, she recounted, they came across films from three continents – Asia, Africa, and Central South America – and looking at these films from the developing world, she said she understood the struggles they may have gone through, adding that typically independent films, be it from the developing world or from the big industries, still struggle somewhat similarly to get their projects off the ground.

Anomaa said that she enjoys being in juries, as it is often an opportunity to watch brand-new content, and as a film curator, she is always curious about fresh content. Being in an international jury together with prominent filmmakers, critics, and others, she said, makes for jury deliberations to be an interesting occasion, where each person brings their perspective and expertise to a collective platform, having consumed the media individually. She said it is an enriching process where “you always learn something in a jury”.

Filmmaking now – is it any different?

Anomaa shared that during her generation, resources were scarce and the filmmaking process was extremely expensive. However, in the present day, the advancement of mobile phones, and what she termed “this whole digital revolution”, is a great positive she has seen and is grateful for how accessible it has made the process of filmmaking.

She shared that she is currently working with several young filmmakers who are making films about their lives during this Covid-19 pandemic using their mobile phones. She said that it is important to note that even film production is a lot different now, adding that there are many international platforms providing funding and other opportunities, and anyone with a good project from any part of the world can make an appealing pitch and win themselves these opportunities.

To stream or not to stream?

Due to the pandemic, many things have gone online, and a prominent discussion amongst film enthusiasts has been how moving films to a digital platform affects the art form. Sharing her thoughts on the matter, Anomaa said that there really is no definitive answer to this, noting that there are some films that were simply made to be watched on the big screen, which rely on that particular picture quality, sound, etc. It is the intention of the filmmaker that counts here, she added.

If your film was prepared to be screened at the theater, then you likely cannot enjoy it the way it was intended if you watch it any other way. However, the opportunity to stream being made available is important, she said.

She spoke of her programme “Cinema on Tour”, where she started a travelling film programme, taking films to youths around the island who would otherwise never have the opportunity to watch a film.

She said: “I have met children who have never been to the cinema,” adding that “some have to travel 50 miles up and 50 miles back to visit the nearest cinema hall, and for children like that, visiting the cinema is not likely to be a regular occurrence. For such persons, the opportunity to stream is a great service”.

Sharing her personal experience with some advantages of things going digital due to the lockdown, she shared how last year they were forced to postpone the annual Colombo International Women’s Film Festival. However, before the end of 2020, they were able to host it online. Another such instance was the 10th edition of the European Film Festival of the Agenda 14 Short Film Festival, which too was held online.

She said that after the screening online, there was far more communication following its run than there would have been had it been a physical event, with many people expressing their views and sharing their opinions. “We had a lot of young mothers reach out and share that these films are about their lives,” she said, adding that had it not been streamed online, they would not have been able to go watch the movies due to a multitude of reasons – family responsibilities, the unlikeliness of travelling to Colombo, etc.

Anomaa said that it is a positive thing to adopt the availability of streaming as a service as a future strategy for those who enjoy cinema but are simply unable to make it physically to the theater.

Women in film – discussed to death, but have things changed?

“Women in cinema is something we all talk about; not only in Sri Lanka, but in Hollywood, Bollywood, Kollywood, in all the big film industries; less than 3% of women are in the industry,” she said.

While the industry is considered male dominated, most content is female centric – you often see female protagonists and male content creators narrating those stories. However, Anomaa said that women are able to bring a unique, more nuanced perspective to these stories that are being told.

She also added that the gender gap really must be addressed, particularly with regard to equal pay for equal work and creating equal opportunity.

She spoke of the campaign launched four to five years ago, called 50/50 by 2020 – although its goal was not totally achieved, they are at least on the track to increasing opportunities for women filmmakers. She said that in all the programmes she has been conducting since 2011, she has allocated a quota for women. In the case of Agenda 14, with the help of the British Council, they were able to put together the programme “Female Filmmakers First”. She said that it is important that women be given the platform to tell their stories through their unique lens.

Anomaa said that as a 17-year-old girl from Panadura coming to Colombo, she can speak of the discrimination she experienced firsthand. She shared how when she reached out to Sri Lanka Rupavahini for broadcasting, they restricted her project, stating that she should be making films about children, not about women’s issues.

However, referring to the unique perspective that a woman’s struggle can bring to the big screen, she said that as a filmmaker she always drew from her own experiences, letting her life bleed into her work, and even as an adult, she finds this to be the case. She shared that as someone who comes from a background in social sciences, with her work in academia and related to displaced women, etc., her life’s experiences would often reflect in her work.

Anomaa said that one thing she would like to say, especially to women, is that if you feel like you are not seen, then take the initiative to tell your story. “For all the films I couldn’t make, I wrote poetry” – if you have a story to tell, then tell that story in whatever medium you can.

MAF to release One World, One Community

February 23, 2021 byNews Admin No Comments
The Moratuwa Arts Forum (MAF) is all set to release their latest song One World, One Community. The song speaks about living a healthy and good life amidst these difficult times..

Bonsoir Diaries: Brittany on the banks of the Bolgoda Lake

September 7, 2021 byNews Admin No Comments
Brittany (la Bretagne in French) is one of my favourite regions of France. Situated in north western France, it was once a kingdom, then a duchy, and finally united to the Kingdom of France in 1532 as