Anti-Muslim rhetoric: The politics of demonisation

October 22, 2021 by Dimithri Wijesinghe No Comments

A new report published by Amnesty International titled “From Burning Houses to Burning Bodies: Anti-Muslim Harassment, Discrimination, and Violence in Sri Lanka” on 17 October addressed the rampant and surmounting anti-Muslim rhetoric that has culminated over the past few years in Sri Lanka. 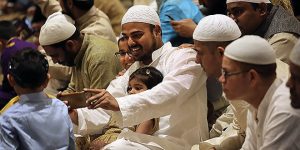 According to Prof. Haniffa, she shared that after the end of the civil war in 2009, an anti-Muslim movement initiated by the Bodu Bala Sena (BBS), with the monk Ven. Galagoda Aththe Gnanasara Thera at the helm, began to emerge. A movement that was mobilised around what was described as the threat posed by the “social separatism” of “extremist Muslims”. However, these definitions of extremism encompassed the majority of Muslims community’s everyday practices.

Further referencing the topic of “demonisation” by way of the country’s politics, she opined that a prominent instance of the country’s leadership’s role as a Sinhala-Buddhist leader against radical Islamic elements was the appointment of the task force to survey archaeological sites in the Eastern Province.

The Eastern Province, being one of the most ethnically diverse provinces in the country, has historically witnessed issues of access to land, ownership disputes, security restrictions, military occupation, and land grabbing over Buddhist, Hindu, Muslim, and Christian archaeological sites.

The report by Amnesty International claimed that, as was feared, this task force was a tool to further the Sinhala-Buddhist nationalist agenda, going on to mention that Tamil National Alliance (TNA) Leader R. Sampanthan described the lack of minority representation on this task force as extremely problematic.

Under this theme of “demonisation”, the report goes on to cite a number of other examples; including the Cabinet’s approval of the proposal by Public Security Minister Sarath Weerasekera to ban the use of face veils i.e. the niqab, despite academics at the time persisting that these attempts by the Government are an infringement of Muslim women’s freedom of religion, and it is a matter of “cultural othering”.

The report also references the forced cremations of Muslims; despite assurances from local and international experts that the burial of Covid-19 victims would not further the spread of the virus, the Government continued to impose the arbitrary enforcement of cremations. The report states that while the exact number of forcibly cremated Covid-19 victims remains unknown, a news report published on 4 December 2020 documented that of the 124 Covid-19 deaths in Sri Lanka, more than 50 were Muslims who were forcibly cremated, with there being documented cases of forced cremations of Muslims who tested negative for Covid-19 as well.

Many have commented on the matter of the more recent decision made by the Government where it approved prohibition of cattle slaughter in order to increase the local dairy industry. Speaking to Brunch, Advocata Institute Chief Operating Officer Dhananath Fernando shared that while this decision has adverse effects on the economy, it stands to affect a large cross-section of the Muslim community as many engage in the beef industry, and it is likely that this could be a targeted action as economically speaking, he feels that there are only very few benefits to this decision.

The report, which covers Sri Lanka’s history of marginalisation, discrimination, harassment, and violence against the Muslim community, draws attention to how these actions have become more systematic and is routinely used for political gain or as a distraction from other larger political or economic issues. Finally, providing that in a country that still bears the scars of a devastating civil war, Sri Lanka must take prompt and meaningful action to stop this treatment of minorities if the country is to ever achieve lasting reconciliation.

The medicinal and nutritional properties of soybean

November 11, 2021 byNews Admin No Comments
Cultivated in Asia for over 4,000 years, the soybean is a very popular protein source among people worldwide. Soybean contains the highest levels of protein and fat within the family of edible legumes

March 31, 2021 byNews Admin No Comments
Earlier this week, there was a video clip circulated on social media of some safari tourists harassing a wild elephant at Yala National Park. The video shows the occupants of the safari jeep clicking