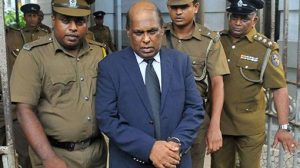 Former Senior DIG, Anura Senanayake who was indicted of concealing evidence in the case against the murder of the late Wasim Thajudeen was granted bail earlier today (27).

The former senior DIG would later then appear before the court once again for the hearing of the murder case on October 23.

June 4, 2021 byMihi Perera No Comments
The State Ministry of Livestock, Farm Development and Dairy and Egg Related Industries is intervening to expedite the production of milk, eggs and meat products in the face of the ongoing Covid-19 pan

Debate on Forensic Audits on first week of Feb

January 22, 2020 byTSM Web Desk No Comments
Speaker Karu Jayasuriya has decided to allocate two days on the first week of  February for a debate on Forensic Audit Report.