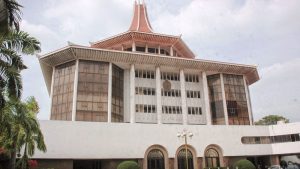 The Appeal Court  will take up the writ application to cancel warrants on former Finance Minister Ravi karunanayake, Director of Perpetual Treasuries Limited (PTL) Arjuna Aloysius and 2 others.

Karunanayake’s lawyers today filed a writ application before the Appeal Court requesting that the arrest warrant issued by the Fort Magistrate be cancelled.

However, the CID was not able to arrest Karunanayake up until now.

Last Wednesday(5) the Colombo Fort Magistrate had imposed a travel ban on Karunanayake and 10 other suspects in the case.

January 31, 2021 byLahiru Pothmulla No Comments
The isolation status of several areas in Colombo and Peliyagoda would be lifted at 5 am tomorrow morning, Army Commander General Shavendra Silva said today.

March 2, 2021 byMihi Perera No Comments
A special discussion between the Vice Chancellors of universities and Prime Minister Mahinda Rajapaksa is scheduled to be held today (02).