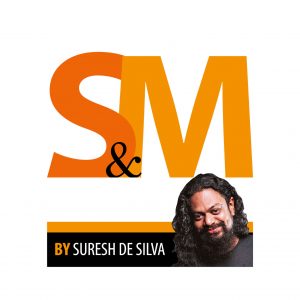 “Human beings are a disease, a cancer of this planet.”

We are creatures of habit.

Drawn to experiences that spawn familiarity. Pulled into situations that breed similarity. We chase what’s formulaic. That which is systematic. The hunters of knowledge. Seekers of experience. Purveyors of pleasure and thrill. Nomads of change. Yet, the vast majority are content to simply go through the motions of life, without as much as batting an eyelid at the bedlam unfolding right before their eyes.

Let me repeat that.

We are principled, supposedly organised, allegedly civilised, vastly cognitive, and consciously attuned to our perceived needs and wants, requirements and desires, ambitions and dreams, hopes and aspirations…and yet – here we are, the almighty specks in a spectrum, mere stains upon the Milky Way’s trousers, that actually believe that, out of the observable universe containing an estimated 200 billion galaxies, we are the only chosen/superior/sentient/cerebral life forms inhabiting a planet. 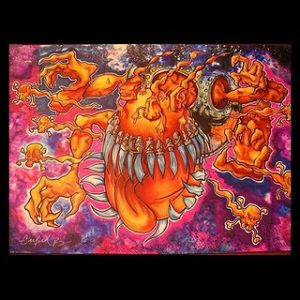 We do, however, love to blow our own philosophical trumpets (ooooh the puns!) and toot our own horns. We justify that our capacity of reasoning sets us apart from other organic life on earth. We argue that we are instinctually, intuitively, and perspicaciously crafted apart and that our superior (at times superficial) sense of moral, ethical, and intellectual capabilities propels us to the apex of the organism plateau. We love to believe that as self-governing, highly conscious beings with free will, collective advancements of industry, science, commerce, arts, and technology make us quite arrogantly justified and more significant, vastly advanced, and vehemently progressive if we were to be compared to any other meta-sentient life form.

Why not all habits are bad. We develop some wonderful traits through practice and repetition of certain habits. It can be making small adjustments in life, embedding good value systems, inculcating the right processes, or using our belief systems and sense of virtue to inform our life’s moral choices. There is a distinctive correlation between habitual thoughts and the character of one’s self and mind. Our discipline, passion, perseverance, compassion, sense of levity, balance of lifestyle, commitment, and sense of responsibility all stem from having good, positive habits. Or rather, habits that teach us lessons out of our experiences.

Having a modicum of spiritual conviction and balance is a habit worth having.

Take something as straightforward as one’s personal hygiene; developing proper self-grooming and effort to maintain cleanliness is a good habit. Looking after oneself in terms of having proper rest, eating balanced, nutrition-based meals, and working out contributes to one’s physical fitness and mental well-being.

There are grassroots movements and community bodies working to preserve world heritage sites.

Many fight to protect our ecosystems and biodiversity.

Some nations and organisations work stringently with purpose to prevent deforestation and the demolition of the environment, aware that those living in poverty are mostly affected by climate disasters. 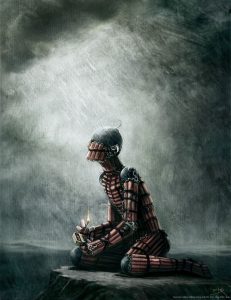 Our great ancestors possibly clobbered each other on their heads with oddly-shaped rocks before taking a leak on a nice spot of shade to mark territory.

We claim to have sophisticated minds, with such poor long-term memory.

Our regimented, secular, contemporary, contextual programming of being ingrained with clarity, a moral code, civility, decorum, courtesy, integrity, dignity, and wisdom lets us truly convince ourselves that we are leaps and shoulders above all other species in the universe, vying to achieve solidarity and sustainability through mutual harmony and equality.

Except that we aren’t cut off from a different fabric at all compared to our predecessors, are we?

Let’s not go too far. How about the US recently pulling out of Afghanistan after 20 years, taking four presidents, thousands of lives, spending trillions of US dollars, finally leaving that country to the Taliban, who, incidentally, they were there to fight in the first place. Never mind all the valuable mining resources and untapped mineral wealth that was accumulated during that time, particularly rare earths estimated to be valued at trillions of US dollars. The US usurped and guzzled key resources such as copper, gold, iron ore, chromium, zinc, lead, gemstones, sulphur, talc, gypsum and marble and of course rare earths; the quintessential source to conceive lithium batteries and computer chips; all that power disruptive technologies and gadgets like mobile phones, laptops and drones, satellites, GPS systems, and precision-guided weapons.

How about the globe’s elevating foreign policies among nations to stifle China’s ever growing global influence and strategic competition?

Then we have the geo-political competitions over the earth’s natural resources. What about the clandestine push-meets-shove political wars for geostrategic locations that could dictate the future of sustainable and high-technological renewable energies?

How can we forget the Covid-19 virus that swept across the earth decimating and causing global devastation in mutating variants? How Big Pharma and a handful of billionaires have stepped up with comprehensive solutions with adequately untested inoculations to counter the total threat of the virus, which has now turned into a profitable industry by itself?

But of course, we can choose to turn a blind eye towards the increase in forest fires, droughts, erratic weather, storms, hurricanes, earthquakes, and floods that have grown exponentially in the past year or so – which certainly may have naught to do with global warming and climate change. The natural disasters worldwide have resulted in losses exceeding billions of dollars and euros on top of the strains of the pandemic.

It’s all dandy and hunky dory.

Because us humans have everything under control. Just so happens that exacerbated war, famine, pestilence, and death are part of the narrative to spice up our rather droll and dull lives.

One could almost see the personified Four Horsemen of the Apocalypse overwhelmed, working overtime right now with all that’s taking place.

We need to ask ourselves: Is this a wonderful world? And if so, why are we so busy devouring, bastardising, and defiling it to its core?

Are we as humanity suffering from an advanced state of self-delusion?

What do YOU think?

“Bad habits are like chains that are too light to feel until they become too heavy to carry.”

Let’s just say human nature has everything to do with it. 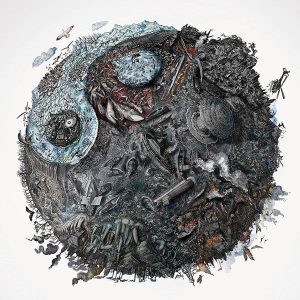 While in the last 10,000 years, humanity has come to dominate our planet, one could argue that it is our own intelligence which is the greatest threat to our own survival. The threat of nuclear war and self-created catastrophe has loomed at large for a long time. Stephen Hawking believed that human intelligence is overrated, especially having weapons of mass annihilation and our ability to control and contain ourselves and not put them to use is very low to non-existent.

Not to postulate the anarchy-technology debate to sci-fi Netflix TV show levels, but if we do take a moment to mull over the behavioural patterns we have showcased obsessing over power, fortune, status, privilege, and materialism, then we can concede that nearly every path we’ve taken in the name of progress and the evolution of our species has been at the cost of watching the world burn in the rear view mirror.

Our attitudes, instinct, beliefs, and behaviours all interact to direct and determine the flow of change over time. The apparent threats to our long-term survival are enormous at present. The risk of being unable to find sustainable means to solidify ourselves for the future also grows rapidly bleak. We can identify all the trends and patterns stemming from our obdurate nature. We can evaluate where we are headed at the pace of volatility that we have etched for ourselves.

Millions of species on earth have been threatened, while over 1 million plant and animal species face extinction (Intergovernmental Science-Policy Platform on Biodiversity and Ecosystem Services) with global ecosystems being constantly eroded, thereby impacting economies, livelihoods, health, and overall quality of life.

Anthropology Professor Eduardo Brondizio observed that we have been displacing our impact around the planet from frontier to frontier. But are finally running out of frontiers.

Humankind has managed, over the past 50 years, to eradicate and annihilate species rendering them extinct – which is hundred times higher than what was averaged over the past 10 million years.

Over three-quarters of the world’s food crops rely on the activities of bees, butterflies, wasps, and pollinators, and well over 10% of insect species are under threat according to findings by the FAO of the UN.

We are destroying the world while having a barbaric picnic of self-demise at a much faster pace than organisms can respond evolutionarily.

The stability of our eco-systems are in jeopardy. Urbanisation, gentrification, poaching, pollution, and climate change are all contributors to haphazardly abolishing the flora and fauna of the earth.

So while the rich get richer, politicians and entrepreneurs satiate their greed and thirst, while dominant nations smother and asphyxiate developing nations for resources, prominence, and power, to issues rising from the frequent increases of greenhouse gases from fossil fuel and farming, oil drilling, and deforestation worldwide…

We may be temporarily crippled by the pandemic, but our collective lack of conscience as a species is yet unmarred.

Obviously, this article won’t change the world. It may raise a little bit of awareness and add to the narrative that our propensity for deluded self-advancement intertwined with our appetite for destruction will surely render us obsolete much sooner than we think.

Chief Seattle said in a speech in 1854 that “The earth does not belong to us. We belong to the earth”.

This is something worth thinking about.

July 10, 2020 byJennifer Anandanayagam No Comments
Last Tuesday (7), bodies of two teenagers were recovered in Kandy. It was reported that the youths had jumped together into the Polgolla Reservoir after suspectedly being denied their love affair.