August 31, 2020 by Skandha Gunasekara No Comments 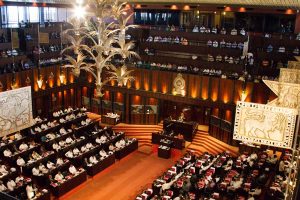 The Parliament Select Committee will meet on Thursday (3) to make recommendations for parliament committees such as the Committee on Public Enterprises (COPE).

Leader of the House Minister Dinesh Gunawardena said that the Speaker has summoned a meeting of the Parliament Select Committee on Thursday.

He said that around 10 committees are to be appointed when Parliament meets next.

“The committee, once appointed, will elect their respective chairpersons,” he added.

August 30, 2022 byRuwani Fonseka No Comments
The opening ceremony of the Stoma Clinic Extension and new wing of the Gastroenterology Clinic at the Lady Ridgeway Hospital for Children was held on Monday (29).

The stoma care clinic is affiliated