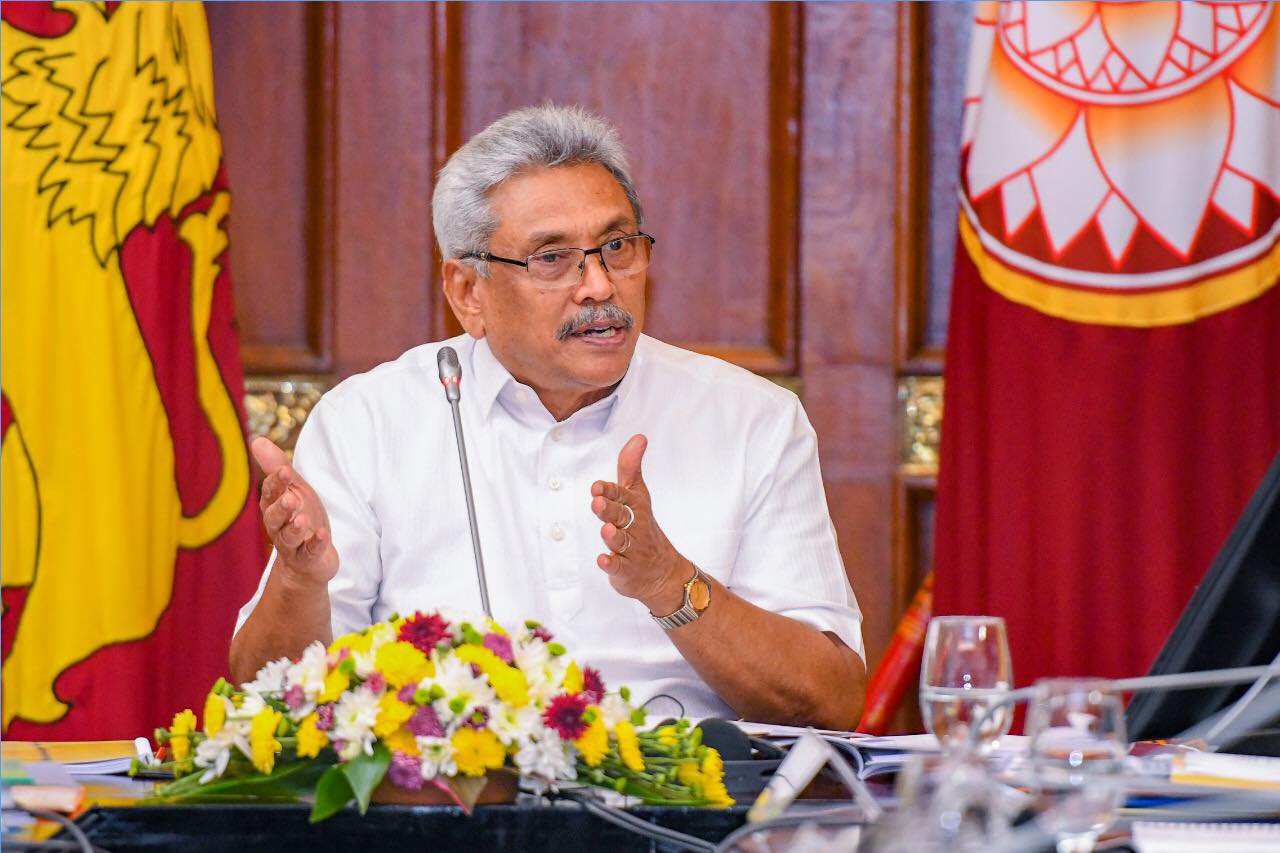 In a bid to remove barriers on future private renewable energy projects, President Gotabaya Rajapaksa suggested that such projects be considered approved if not granted approval within 14 days by the relevant government institutions.

The future plans of the State Ministry of Solar Power, Wind and Hydro Power Generation Projects were discussed at a meeting held at the Presidential Secretariat last afternoon (14).

The Secretary to the President was instructed to issue a circular to all institutions to provide the necessary assistance.

Institutions with the power to approve such projects should prepare and maintain feasibility reports while stating that projects would be treated as approved if not granted approval within 14 days.

The possibility of installing solar panels on the roofs of schools, factories and government buildings and the possibility of giving a portion of the profits to the relevant institutions were also discussed during the meeting.

It was suggested that the licenses issued should be revoked if all the projects selected from the tender procedure are not started within three months.

The President brought to attention that due to climate change, all countries in the world are moving away from fossil fuels such as coal and petroleum to renewable energy. Annual increase in electricity demand in the country is 6% and energy demand is expected to increase rapidly with the launch of development projects.

Basil Rajapaksa, Chief of the Presidential Task Force on Economic Revitalization, pointed out the possibility of installing solar panels in connection with the 5,000 irrigation projects proposed for the renovation. Rajapaksa said that it was appropriate to give solar energy projects only to entrepreneurs in the relevant districts and to donate a certain percentage of the profits to farmers’ associations.

The construction of wind farms in Mannar, Poonaryn and Siyambalanduwa is aimed at adding a significant percentage of renewable energy to the national grid.

Minister Dullas Alahapperuma, Minister of State Duminda Dissanayake, Secretary to the President PB Jayasundara, Secretaries to Cabinet and State Ministries, Heads of Line Institutions and Entrepreneurs in the Energy Sector were also present at the discussion.

Sign language to be made a recognised means of communication

January 19, 2021 byLahiru Pothmulla No Comments
The government said today that necessary provisions would be made by an Act of Parliament to make sign language a recognized means of communication.