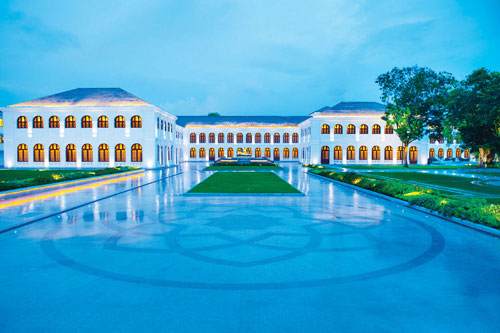 Arcade Independence Square, which comes under the purview of the Urban Development Authority (UDA), has been recently leased out to Softlogic Holdings, a leading conglomerate in Sri Lanka.

The lease agreement, which is valid for a period of 10 years, was signed recently between UDA Chairman Harshan de Silva and Director General Prasad Ranaweera, and Softlogic Chairman Ashok Pathirage and Softlogic Vice President Haresh Kaimar.

The decision to upgrade the Arcade under a public-private partnership reportedly due to improper maintenance of the building under the former Government.

The Arcade Independence Square was built when present President Gotabaya Rajapaksa was the then-Secretary to the Ministry of Defense.

Why is the President being ‘landed’ with this request?

February 21, 2021 byNews Admin No Comments
The “Gama Samaga Pilisadarak” is the President’s most recent engagement programme. Positives and negatives of the programme have both been openly discussed on mainstream and social media.

May 10, 2020 byCharindra No Comments
Sri Lanka’s importers have submitted a request to the Treasury not to extend import restrictions beyond its original three-month period.