Are humans the bigger threat in our shark-infested waters?

These reports first arose on 12 October, and on 13 October, Ornamental Fish, Inland Fish and Prawn Farming, Fishery Harbour Development, Multi-Day Fishing Activities and Fish Exports State Minister Kanchana Wijesekera shared on Twitter that the Fisheries and Aquatic Resources Department has begun investigating these reports, stressing that legal action would be taken against those responsible once the investigations concluded.

While official investigations are still ongoing, Brunch reached out to youth-led marine conservation organisation The Pearl Protectors for more context on the incident and what illegal fishing in MPAs means in the bigger picture.

Why is fishing at Pigeon Island something to be concerned about? 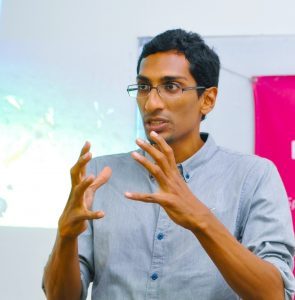 The Pearl Protectors Co-ordinator Muditha Katuwawala explained that this alleged incident of shark fishing is reported to have taken place within the vicinity of Nilaveli and Pigeon Island. “For a diameter of 2.5 km around Pigeon Island, the area is considered protected and is protected for a reason — because of its biodiversity — the shallow water is a hotspot for coral reefs, turtles, and sharks. You can’t even pick up a seashell in that area, because it is protected,” Katuwawala explained, stating that in addition to this protected diameter of 2.5 km, the DWC has also named the surrounding 8-10 km  (diameter) around Pigeon Island to be a buffer zone, giving it the same protections as an MPA and making any commercial fishing in the area illegal, though this is yet to be fully gazetted.

“One of the main reasons an MPA is there is to rejuvenate the marine habitat and underwater species,” Katuwawala said, adding: “If we compromise on MPAs, there is no space for them to breed and call their ecosystem. MPAs are their only safe haven.”

The Fauna and Flora Protection Ordinance of 1993 prohibits fishing and the extraction of other natural resources at marine parks such as the one at Pigeon Island. Illegal fishing has been reported more and more frequently in MPAs over the last two years, a phenomenon that Kautwawala attributes in part to the prolonged decline in tourism because of the pandemic which has seen the seas somewhat deserted, encouraging unscrupulous fishermen and organisations to take liberties with how they fish, from increased dynamite fishing and bottom trawling to fishing in MPAs. “Pigeon Island usually has a whole lot of tourists,” Katuwawala shared. “It’s a beautiful spot for scuba diving, and there are lots of diving centres around the area as well, but they are closed at the moment, which makes it more difficult for them to keep an eye out for what is going on.” 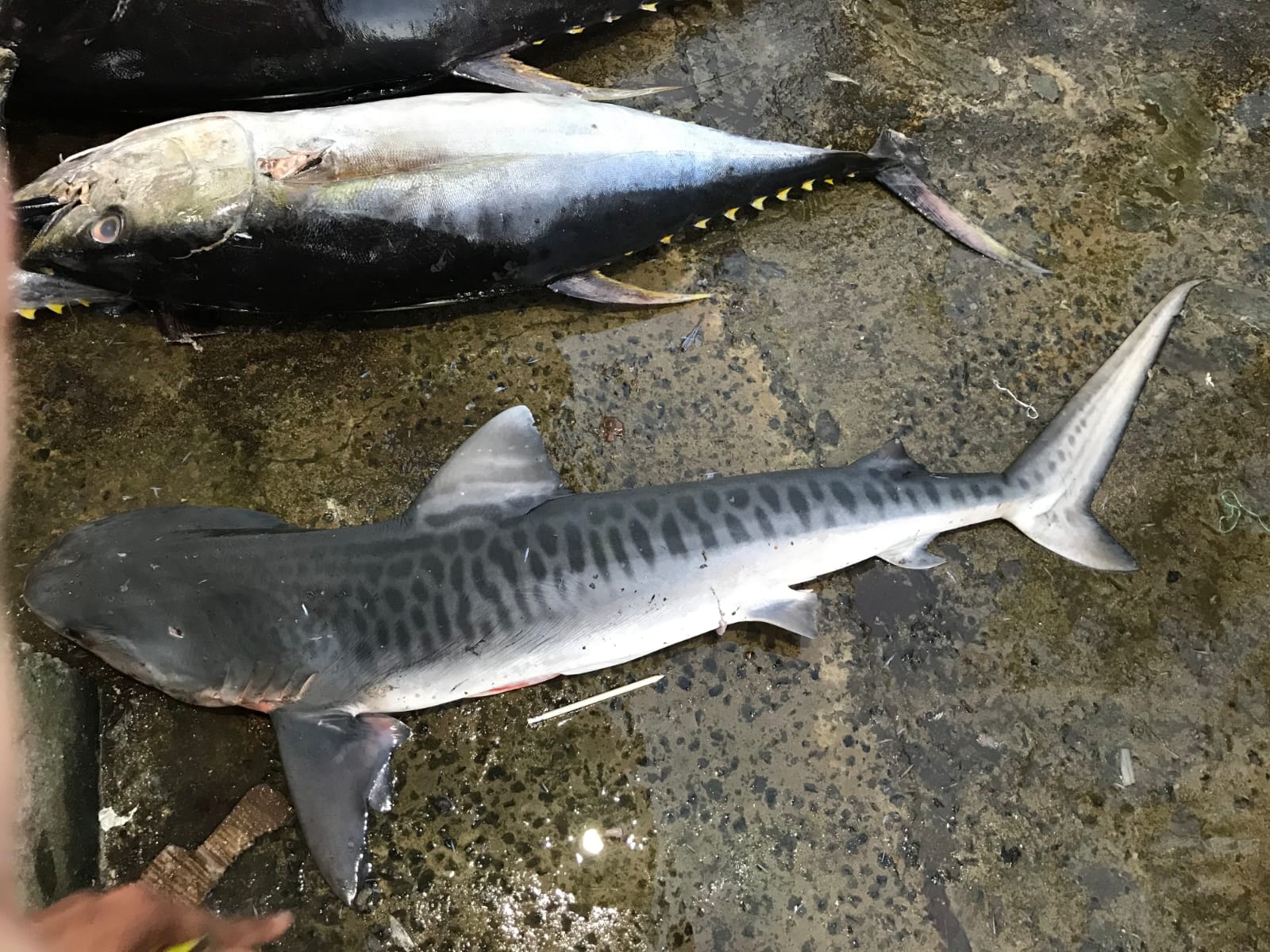 Katuwawala further stated that this short-term capitalisation and exploitation of areas like Pigeon Island, apart from having disastrous ecological potential could also limit tourism growth potential in the long-term once tourism resumes because these areas could by then be too compromised for tourists to enjoy.

In the case of the shark fishing incident reported on social media last week, Katuwawala explained that it wasn’t yet clear which species of sharks had been captured, although thresher sharks and whale sharks have been ruled out. The most common sharks in the Pigeon Island area are lemon sharks and black-tipped sharks. “The main problem here is fishing within protected boundaries and the fact that these magnificent creatures being captured are keystone species, which means that taking them out of the ecosystem will make the whole ecosystem collapse,” he said, stressing: “Sharks play a very important part in marine biodiversity, and the sharks that have been captured were not small sharks, they have probably been in the ocean for quite some time.” 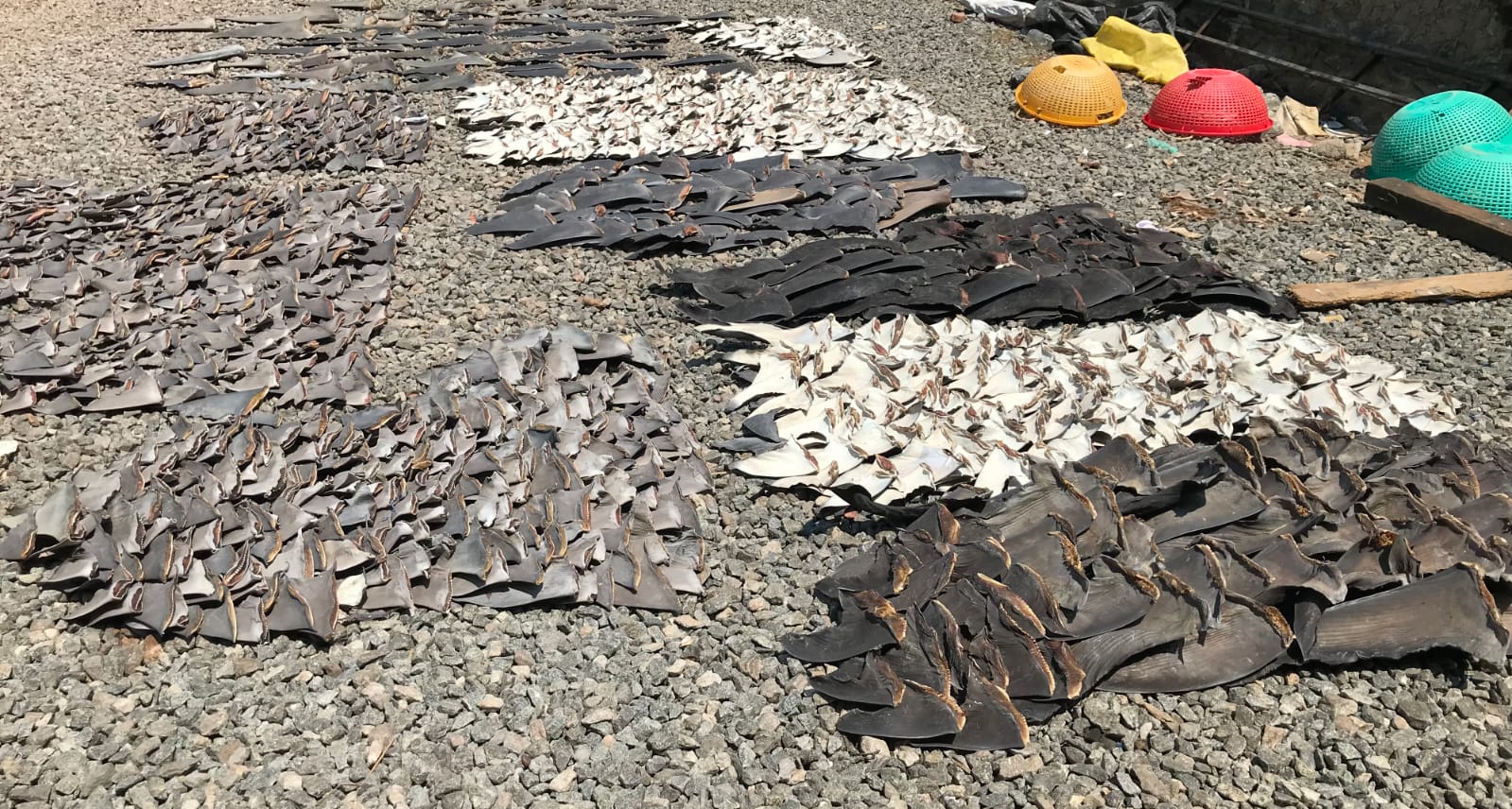 Speaking on why these sharks are being hunted, Katuwawala said that shark fishing is purely commercial, from the use of their fins in delicacies like shark fin soup to the use of their meat for consumption, sharing that it is very likely that we have all unwittingly eaten shark meat at some point in our lives – some places shark meat can pop up, for example, are things that are not specifically one type of fish, like karawala (dried fish), and our everyday malu paan (fish bun). 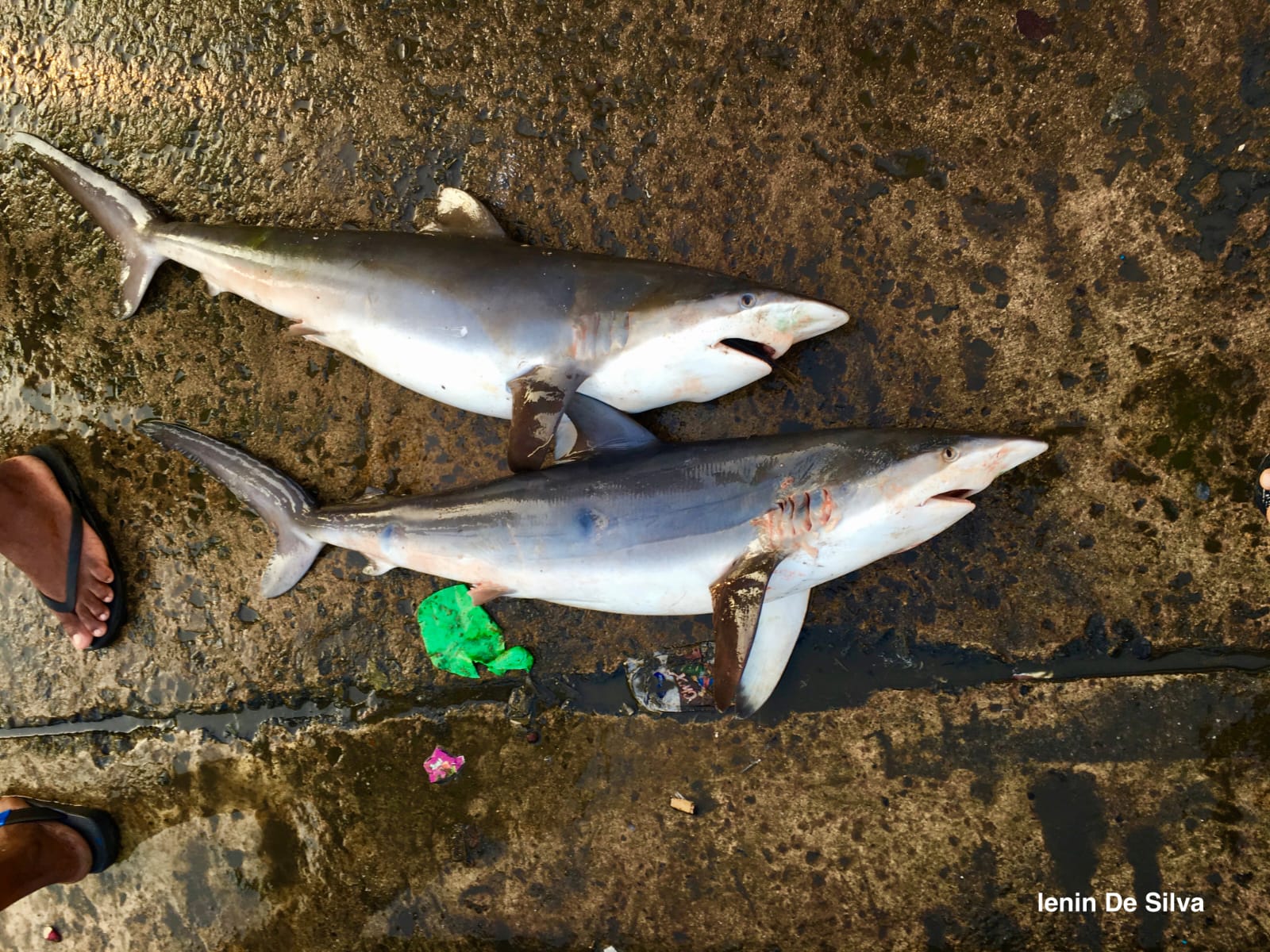 With this particular shark fishing incident still under investigation, and further details still to be shared, we asked Katuwawala how incidents of this nature can be limited in the future.

One key strategy is better data – of our 60 to 70 shark species, only five are protected. Katuwawala explained there needs to be a bigger push to protect these species and that for this, as well as many other critical conservation activities to take place, there needs to be a lot more data collected.

One key strategy is for Sri Lanka to increase its number of MPAs and enforce more comprehensive monitoring of these MPAs. “We need better stations and resources to monitor nature parks and protected areas,” Katuwawala said, adding: “We also need to expand these areas, 2.5 km or 8 km is not enough at all. We need to consider much larger areas moving forward, while also making sure not to harm fishermens’ livelihoods. Whatever they do also has to be sustained, but we can’t allow overfishing, abandoning gear, and other behaviour that harms coral reefs and marine life.”

‘I never draw a single line before, I take the wax and go’: Sonali Dharmawardena

April 18, 2021 byNews Admin No Comments
Sonali Dharmawardena is one of Colombo’s best-loved batik designers. Her unique approach to batik means that you can spot her work from a mile away. For Sonali, it’s important that each piece be uniqu