This is where banks come in. Banks normally hold the savings deposits of workers (wages) and companies (profits and rents). However, they also play a role in provisioning credit which is used to lubricate the production cycle. Therefore, bank lending practices can influence the overall structure and stability of a market economy. 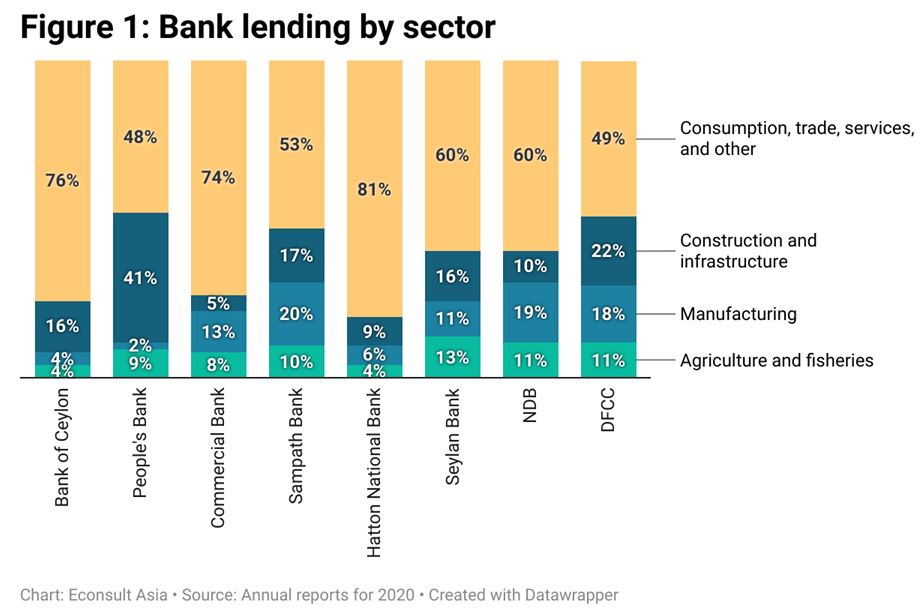 The chart on Figure 1 shows the percentage of each bank’s lending to “productive” sectors of the economy, namely agriculture and fisheries, manufacturing, and construction and infrastructure. Lending to “non-productive” sectors such as consumption, trade, tourism, and services in areas such as finance, healthcare, education, and IT have been collapsed into one category and highlighted in yellow for the sake of simplicity. 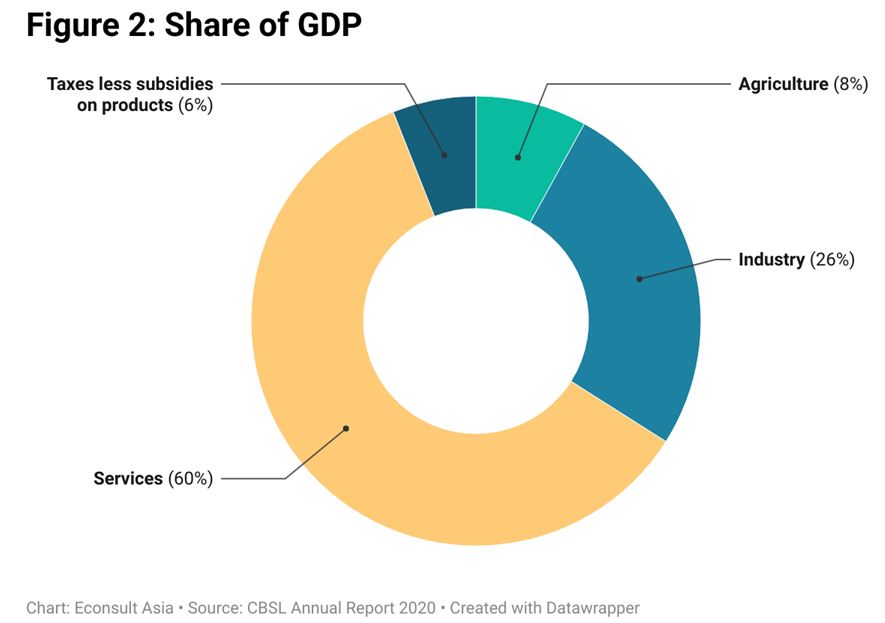 Backward agriculture, stagnant manufacturing
Agriculture and fisheries, which together make up the largest natural resource base of Sri Lanka (Sri Lanka’s marine Exclusive Economic Zone is almost eight times its landmass), receive among the lowest proportions of credit from most banks. In the absence of appropriate credit facilities, it is impossible for farmers and fishermen to acquire the technology needed to modernise production, increase yields, and reduce the drudgery of their labour.


The backwardness of these sectors is therefore not a reflection of the inherent conservatism or indolence of the country’s farmers and fishermen, but of credit scarcity created by risk-averse banks. Even state-owned People’s Bank, which was initially established as a means to provide affordable credit for rural development, provides less than 10% of its credit to agriculture.


Manufacturing accounts for an abysmal 16% of Sri Lanka’s GDP, compared to an average of above 20% in most Southeast Asian countries. Figure 3 shows that Sri Lanka is scraping the bottom of the barrel when it comes to high-technology exports, compared to peers in Southeast Asia who have forms of development or policy banking to support domestic commodity production. 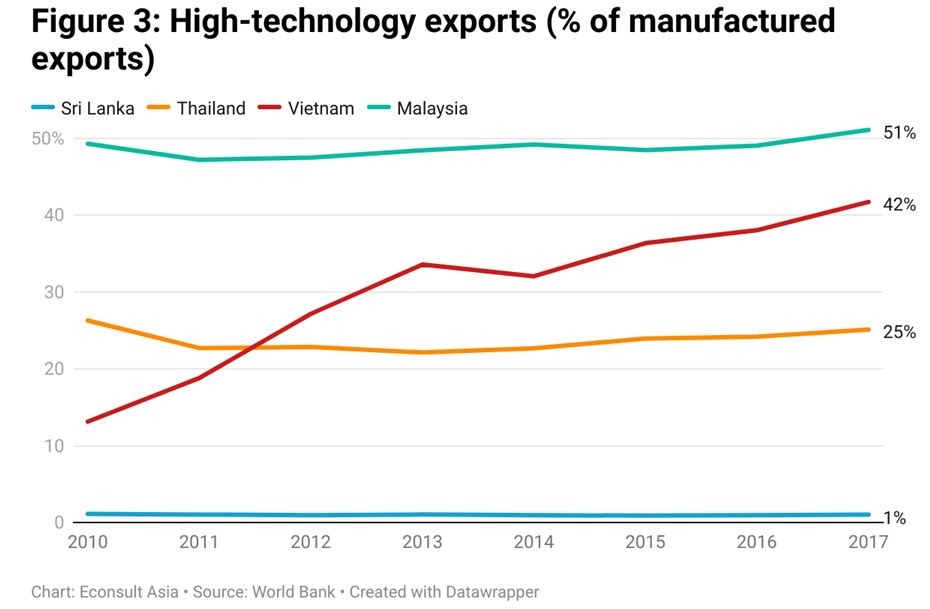 No development without development banking
Economists and politicians of varying ideological persuasions often talk about the need to modernise agriculture and diversify manufacturing, as a basis on which to create jobs, raise incomes, and overcome a legacy of humiliating underdevelopment. With comparisons to East Asian countries abound, few emphasise the crucial role played by financial repression in these countries.


Backed by state-owned development banks and state-mandated lending targets, East Asian industrialists received ample credit to acquire or develop modern technology, which in turn enabled them to increase production volumes and standards to compete in the global market.


In Japan, the Central Bank ordered banks to lend to strategic sectors, in a method known as “window guidance”, a practice repeated in both South Korea and Taiwan. Ironically, just as Sri Lanka’s NDB was privatised in the 1980s, trade liberalisation led to the flooding of the local consumer market with Japanese brands which were backed to the hilt by Japanese development banks.


If a production-oriented economic structure can be so beneficial for development, readers may wonder why banks do not lend to such sectors. Surely it would be in their interest to do so? The short answer is that Sri Lanka’s monetary policy has not been stable, creating uncertainty, risk aversion, and the pursuit of short-term profits through financial speculation i.e. betting on volatile interest and exchange rates.

(The writer is a Research Analyst at Econsult Asia, which is an economic research and management consultancy firm with an alternative development outlook)

November 29, 2018 byEaswaran No Comments
A Pakistani media group  has raised concerns over the assault on The Sunday Morning photojournalist  Indika Handuwala.