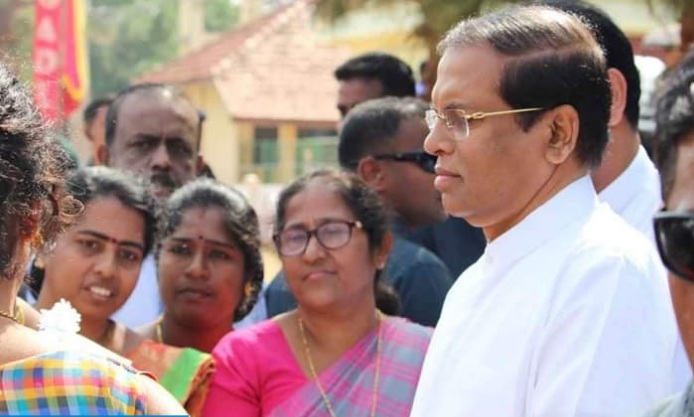 The Army said that Army-used state and private lands in the North which will not have any impact on national security were released at a ceremony attended by the President.

The release of this acreage of land included state land in Kilinochchi and Mullaittivu where the Army has been running farms.

The ceremony to release the land was coordinated by the Security Fore Headquarters – Mullaittivu, Office of the Governor for Northern Province, District Secretariats, respective Divisional Secretariats and the Army Directorate of Quartering, Land and Property.

May 14, 2021 byAazam Ameen No Comments
Sri Lanka Navy pre-deployed two teams from the Rapid Response Rescue & Relief Unit (4RU) in the Bulathsinhala Divisional Secretariat in the Kalutara District yesterday (13), in preparation of possible

April 20, 2021 byMihi Perera No Comments
Samagi Jana Balawegaya (SJB) MP Diana Gamage today (20) proposed that Sri Lanka should legalise cannabis, pointing out that it is grown and exported as a medicinal drug to other countries under the St