August 26, 2020 by themorningeditor1 liberty No Comments 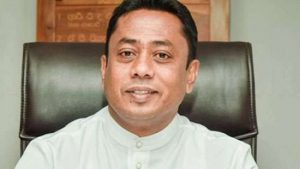 The Court of Appeal yesterday (25) issued a stay order preventing the execution of the arrest warrants on Kurunegala Mayor Thushara Sanjeewa Vitharana and four others accused of demolishing a building with historical value in Kurunegala.

The order was delivered by the Appeals Court’s bench consisting of its President, Justice A.H.M.D. Nawaz, and Justice Sobhitha Rajakaruna, after taking up the writ petitions filed by the Kurunegala Mayor and others challenging the arrest warrants issued on them.

The Court ruled that the stay order issued on the execution of the arrest warrants on the defendants will be in effect until the petition hearing concludes.

However, the stay order will not hinder the police teams and the magistrate involved in the investigation into the incident, the judge bench stated.

The Kurunegala Magistrate on 6 August issued arrest warrants on the Kurunegala Mayor, Municipal Commissioner, engineer, and two others in the case filed over the demolition of the Buwaneka Hotel, a building of historical value in Kurunegala.

Three days later, on 10 August, the arrest warrants were re-issued by the Kurunegala Magistrate as the Kurunegala Police had failed to execute the warrants previously issued.

However, the accused filed writ petitions before the Appeal Court on 11 August challenging the arrest warrants.

August 14, 2020 byTSM Web Desk No Comments
The People’s Action for Free and Fair Elections (PAFFREL) is to take legal action against candidates who had failed to declare their assets and liabilities after getting nominated for the concluded pa