February 10, 2020 by themorninglk No Comments 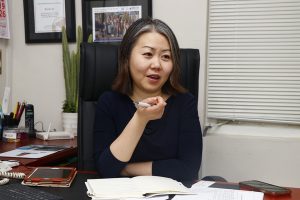 Sri Lanka is currently developing a thriving start-up ecosystem, with each year seeing the establishment of newer and more innovative start-ups, especially when it comes to the technology sphere. However, due to the country’s size and geographical position, some tech start-ups in Sri Lanka are only exposed to a smaller market and rarely reach their global potential.

Many technology start-ups with the potential and ambition to go global are usually deterred by the lack of a good foothold to enter the global stage. This is usually due to the founders lacking a physical presence and knowledge of the markets they want to expand their business to.

Difficulties for Sri Lankan start-ups to expand into the western markets are especially high, with technology hubs like the US having strict immigration policies, and the Donald Trump administration having made it harder for high-skilled workers to get visas.

However, the US is not the only technology hub in the North American region; Canada has recently shown a boom in the technology industry, with Toronto seeing the biggest growth in technology jobs of any North American city over the past five years, outpacing traditional tech hubs such as San Francisco, New York, and Seattle. Vancouver also made the top five.

This is due to Canada having set up a new streamlined visa process, which has made it easier for tech workers to migrate there and find investors to help them set up their businesses; reports showed that in the last two years alone over 40,000 tech workers moved to Canada from around the world.

During a brief visit to Sri Lanka, Long Mangalji LLP Partner Elizabeth Long, spoke to The Sunday Morning Business on the start-up visa programme and how Sri Lankan tech start-ups can expand to the North American region.

It is long stated that Canada is a great base for start-ups to expand into the region, due to the Canadian Government encouraging both tech development and movement of labour, by bringing in innovative companies to Canada.

“Unlike the US, we have actually streamlined the visa process, so we can bring in a lot of people from the IT industry, and get them work permits and permanent residency (PR) to expand their companies to the North American region,” she said.

Speaking on start-up visa, Long stated that it stands out from the rest, as the Canadian Government has taken a step back from the decision-making process, on whether the company is good for the Canadian market or not, and has instead outsourced that to experts in the field such as venture capital groups, angel investor groups, or incubators. Once these groups have decided on supporting a company, up to five founders of the start-up will be granted work permits and PR, to come and set up the expansion in Canada.

“If you have a dream to bring your company to the global market, then Canada is a very good starting place, and immigration is the first step to do this. Because you have to move labour, it is a key component of any company, and Canada is one of the most open places for the movement of labour,” Long explained.

She stated that Magellan Champlain and Long Mangalji LLP help Sri Lankan start-ups by linking them with these designated organisations and helping them present themselves to these companies. She explained that most of the time issues arise when companies try and expand their operations into foreign countries without knowing their specific laws and business environments. Therefore, to help start-ups navigate better, she stated that the agency works with a lot of professionals such as corporate lawyers, management consultants, and developers, to help reach that North American standard.

This in turn helps start-ups attract incubators, who incubate start-ups for an agreed upon period of time, and angel investors and venture capitalists who invest CAD (Canadian dollars) 75,000 to 200,000, respectively, into the start-up once selected.

“We work with a lot of professionals to help these start-ups present themselves to these organisations; this way they have a better chance of attracting investments,” she elaborated.

Long explained that usually these investors support these start-ups for at least a year, with a few varying depending on their agreement.

She stated that this allows start-ups to either completely move their businesses to Canada, or simply expand into the market while keeping a base in Sri Lanka.

“You do not necessarily have to move the entire company here; most of the time what we see is that companies expand to Canada, but do most of their development work here, due to it being cheaper.”

Long stated that this makes Canada a good base for these start-ups to enter not only the North American region, but the global stage as a whole.

Talking about the programme Magellan Champlain Founder Sarrah Sammoon had the following to say.

“Sri Lankan companies are looking for cross-border access to markets and being able to service them. By bringing awareness to this Start Up Program in Canada we hope to facilitate this market access to North America. While at the same time providing much needed funding support from Canada to our local start ups allowing them a freer hand to function and market. We often find when Sri Lankans are present in the global market, we invariably promote Sri Lanka for both investments and tourism. It’s a win-win strategy.”

Long said that once the founders have established their base in Canada and got their citizenship, these tech start-ups can then look towards expanding their business to the US, thanks to the North American Free Trade Agreement (NAFTA). This will open up more boundaries for the start-ups, as they can now attract venture capitalists and angel investors from the US as well.

Understanding that failure is a risk involved with many start-ups, Long stated that the founder’s PR will not be revoked once granted.

Long stated that one of the biggest mistakes many people make is trusting agencies that ask for a certain amount of cash in order to get them PR. She stated that the Canadian Government does scrutinise companies and have experts in the field to decide on whether or not they are legitimate.

“If an agency says that they are going to charge you $ 5,000 to get you Canadian PR without having first spoken to you, then they are completely untrustworthy and unethical.”

Long explained that when people come to their agency, they screen their clients carefully and speak to them for around an hour about their goals and circumstances before proposing an immigration path.

“We see if the companies are the right fit for Canada, because sometimes what’s right for this market will not fit the market there. We understand that one size does not fit all, so we try and understand them before proposing a path. If they want a legitimate way to migrate, it is going to take some work.”

The second mistake Long sees people making is companies going to Canada thinking that they do not need any help from professionals there. She stated that when the start-ups are in Sri Lanka, they have their networks and understand the laws and the business environment, but once they expand to Canada, those things change.

She explained that in order to avoid this mistake, companies need to hire professionals to help them navigate this new market and account for the amount of time, labour, and fees it would take for the company to initially set up the base in Canada.

Long stated that tech start-ups of any size can come to them with a product or an idea for a product, given it passed the ideation stage, which they want to expand into Canada. She went on to state that the agency will then link them with professionals who will decide how the product can be translated in order to adapt to the Canadian market.

She explained that then these professionals will help the start-up come up with a business plan to help attract the venture capitalists, incubators, and angel investors in Canada.

Long stated that this opportunity is even open to start-ups who have already expanded into other regions.

“We personalise these solutions to fit the company or entrepreneur; even older start-ups can apply for this visa pathway. It’s all about what they are going to be doing in Canada, how good their business plan is, and whether they are going to generate revenue.”

According to Long, Long Mangalji LLP has helped around 50 start-ups from regions like India, Iran, and South America to expand into Canada.

“I think this visa pathway is a good match for Sri Lanka’s smaller tech companies, because oftentimes these tech companies do not have the funding for massive marketing and corporate restructuring to move to Canada. But they do have innovative ideas, and if they are presented with the opportunity to establish a base globally, they will.”

While some Sri Lankan start-ups have expanded regionally, the West is still unreachable to most. So in order to stand out from the rest, the need has arisen for these start-ups to have bases in both the East and the West. At the moment, Canada appears to be a good place to start.

Giving a data injection to business

July 29, 2019 bythemorninglk No Comments
For businesses today, data is the new battleground, and being able to master it through sound management has a direct impact on an organisation’s success.

March 11, 2019 byCharindra No Comments
A poster campaign aiming to create awareness on how to be cautious while traveling across the island and important contact details in an emergency situation was launched by Tourist Police Division.