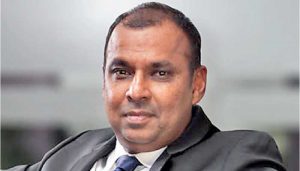 Senadhipathi took over SLB in October 2020 yet, yet due to the Covid-19 pandemic, he unfortunately was unable to carry out any of his plans.

Formerly elected as Vice President, Seneviratne has now been given the position vacated by Senadhipathi.

The new President of SLB has kicked off the sport’s calendar with an inter-club tournament, which began yesterday (18) at the Japan-Sri Lanka Friendship Baseball Grounds in Colombo.

The tournament will go until Sunday (21). This is the first tournament after the West Asia Championship which was held in 2019.

Seneviratne currently serves as Chairman of the recently-appointed Rugby Advisory Committee of Sri Lanka and also holds office in the Asia Rugby Council as one of its Vice Presidents.

Outside sports, Seneviratne was also appointed to the board of Sri Lanka’s Colombo Stock Exchange. Former Chairman of Sri Lanka Rugby, he presently serves as the Vice President of the National Olympic Committee (NOC) too.

July 25, 2022 byNews Admin No Comments
Sri Lanka batters failed to convert their starts into big scores as the hosts ended Day One of the second Test against Pakistan in Galle at 315/6.