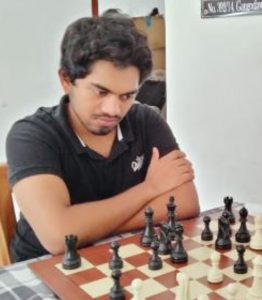 The World Chess Federation (FIDE) Masters Susal De Silva of Nalanda College, Colombo and Minul S. Doluweera of University of Colombo scored 4½ points each out of possible nine games at the end of the Asian Continental Hybrid Chess Championship 2021. Those were the highest-ever performance made by any Sri Lankan chess player in the championship.

Being ranked 63rd and 61st respectively earlier, according to their current FIDE ratings, de Silva managed to be placed 36th while Doluweera got the 43rd place in the final ranking yesterday (30).

De Silva played against one Grand Master, four International Masters (IM), and two FIDE Master (FM) and all nine players were more than 150 Elo Rating System points above him. He scored a point against a FM and got three draws against IMs.

Doluweera also played with one Women’s Grand Master (WGM), one IM, and three FMs in his nine games where the average ratings of the opponents were more than 2,200.

Meanwhile Theekshana Denuwan of Ananda College, Colombo finished just ½ a point behind the above two, which included a quick win against an IM from Kyrgyzstan. He also beat the Women Grandmaster, Gulmira Dauletova of Kazakhstan. 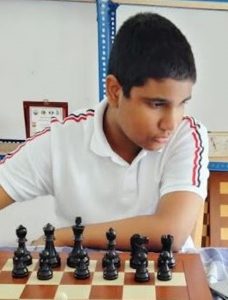 The current national chess champion Ranindu Liyanage could be named the most unfortunate player of the tournament this year. After winning his first game with a GM from Iran, Liyanage met progressive opponents in each round thereafter.

The event was held from 21-29 May via Tornela Platform with one game each day, held from 11.30 a.m. to 5 p.m. It is categorised as a hybrid event meaning it is conducted from different venues in different countries online. It was organised by the Asian Chess Federation (ACF) located in Al Ain, UAE. The tournament consisted of nine rounds that were held according to the Swiss System.

On This Day – 6 September: Lasith Malinga takes ‘four in four’ in Pallekele

September 6, 2021 byRevatha No Comments
Some major sports happenings of the day