Final Round of SL players: 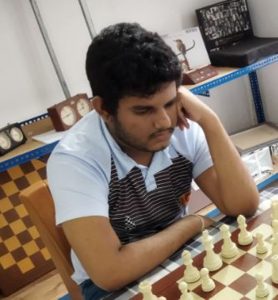 The event was conducted for Zone 3.2, or the South Asian Zone, under FIDE, the world governing body of chess.

Starting with the Sicilian Defence, the GM sacrificed a Pawn and got a strong Knight against Ranindu’s bad Bishop early in the game. He used all his tricks to get winning points aiming for the Gold Medal and also berth in the Chess World Cup 2021. But due to careful play by Liyanage, who could achieve third spot with a total of six points out of nine games, the game against Hussain ended in a draw.

Overnight leader, Bangladesh GM Ziaur Rahman (2434) also drew a hard-fought game against another Bangladeshi, the 11-year-old Manon Reja Neer. The game was stopped at eight points. Needing a full point to tie with him, in a tie-breaker, the Bangladeshi GM went past Ranindu Liyanage on points count and won the Silver Medal, finishing with 7½ points. As a result, GM Rahman won the Gold, also with a ticket to the Chess World Cup this year. 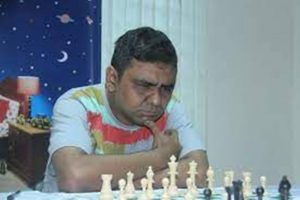 He was placed eighth according to the tie-breaker points. De Silva had a total of five points out of nine games. Amarasinghe also received $ 100 (Rs. 19,845) for the eighth place.

The Asian Zonal Chess Championship 2021, the preliminary event for the FIDE World Chess Cup 2021 in the South Asia region, began on 1 June on the Tornelo Platform. A total of 39 players from Bangladesh, Maldives, Nepal, Pakistan, and Sri Lanka participated.

With their stupendous strength in the sport, India is considered itself a single zone by FIDE giving the country direct entry to the World cup.

Rohit and rhinos at IPL

April 11, 2021 byRevatha No Comments
A timely message by the cricket star