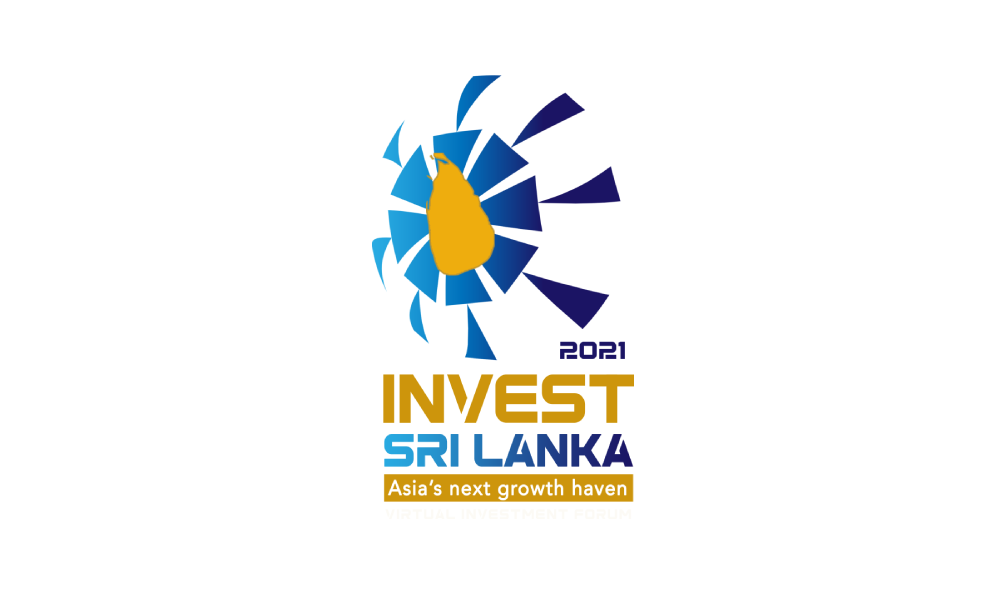 ‘Asia’s first and largest virtual investment forum’ at a glance

Brining a little sunshine to the country that is devastated by the ongoing pandemic, a partially sunken ship in the sea with risks of 300 MT of oil spilling, dwindling reserves, and very little tourism, Sri Lanka hosted a virtual investment forum which is said to be “Asia’s first and largest virtual investment forum”. It would not be incorrect to say that the forum was the talk of the town last week. The three-day-long virtual forum featured key officials of the country including President Gotabaya Rajapaksa, Prime Minister Mahinda Rajapaksa, and many other officials. For those who might have missed a session or two, or the forum altogether, The Sunday Morning Business is here to provide a glimpse into the forum. 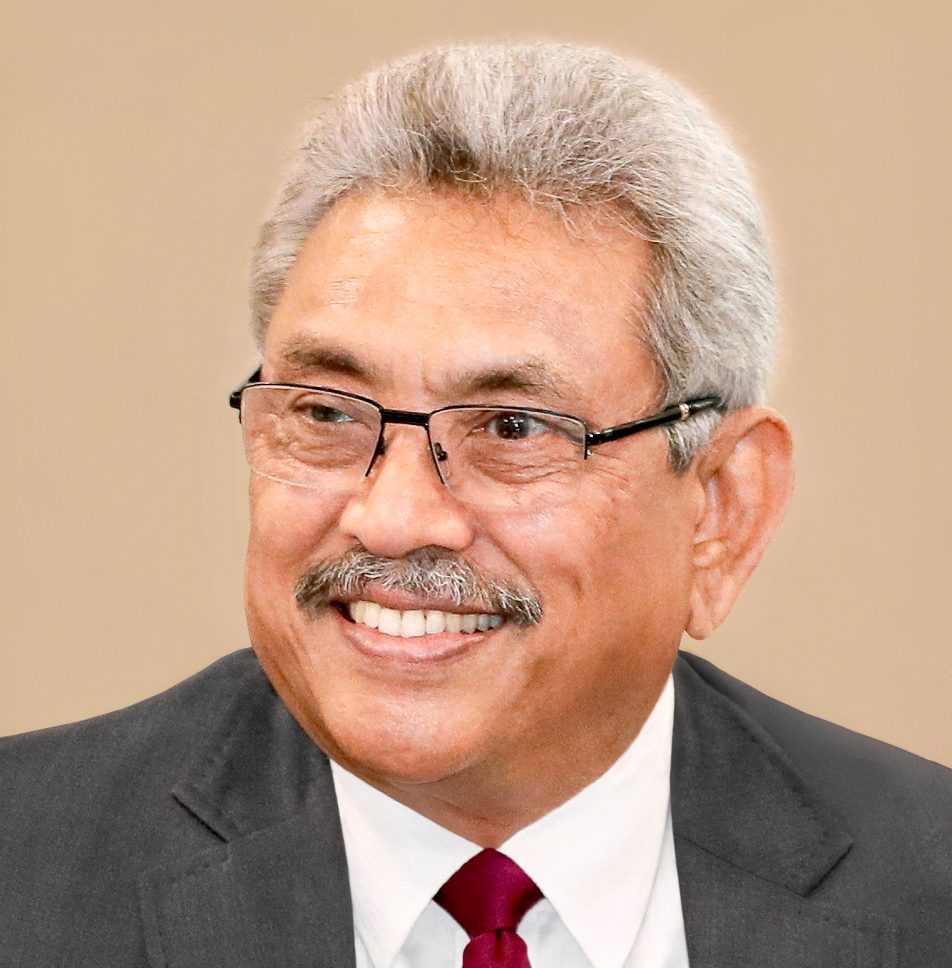 The first day of the forum was inaugurated by President Rajapaksa. Inaugurating the forum, Rajapaksa highlighted the plans his Government has for the Sri Lankan economy and noted plans to “unleash a decade of transformational and rapid economic growth to double our national output from its current level to $ 8,000 GDP (gross domestic product) per capita by 2030”. Continuing his speech, the President stated that as his Government seeks to expand its industrial base, a key requirement will be to increase power generation.

“My Government is committed to reducing the use of fossil fuels and ensuring that clean, renewable sources of energy contribute 70% of our national power requirements by 2030. We invite investments into solar power projects with energy storage solutions that can support the stability of the national grid, as well as wind power projects. We are keen to encourage investments into manufacturing industries that will add value to these resources,” Rajapaksa added. 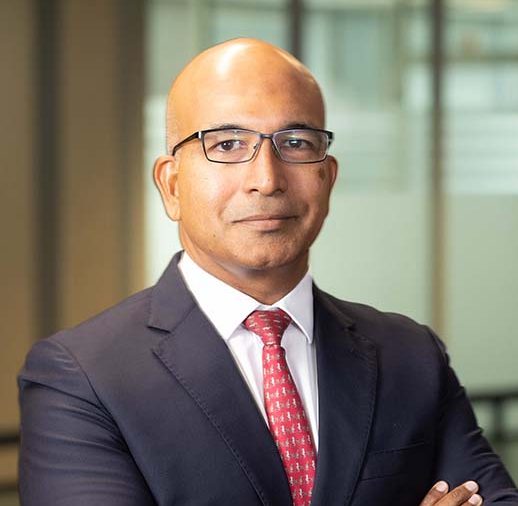 On the same day, Colombo Stock Exchange (CSE) Chairman Dumith Fernando provided a brief on the stock market’s achievements and potentials. CSE’s market capitalisation stands at about $ 18 billion – that’s about 23.2% of GDP. According to Fernando, there is a “significant upside there”. Of this, about $ 16.7 billion (21.6% of GDP) is equity and about $ 1.3 billion (1.6% of GDP) is debt.

According to Fernando and available statistics, the All-Share Price Index (ASPI) has continued to perform well relative to the emerging and frontier market world and the CSE has rebounded “strongly” since the depths of the pandemic. He highlighted the Inward Investment Account (IIA) and a viable tax regime that are available for foreign investors.

“Valuations are very low relative to the earning capacity of listed companies. Relative to other markets, it is cheap. Even in a historical context, the difference, or as is the case currently, the discount to relevant market indices, shows a wider discount than seen in the recent past. In addition, this may be a result of significant FII (foreign institutional investors) outflows since the onset of the pandemic and this implies that even if there are any specific risks that investors have worried about, risk-adjusted pricing in the market looks very low and very attractive,” Fernando added, inviting potential investors to invest in CSE equities. 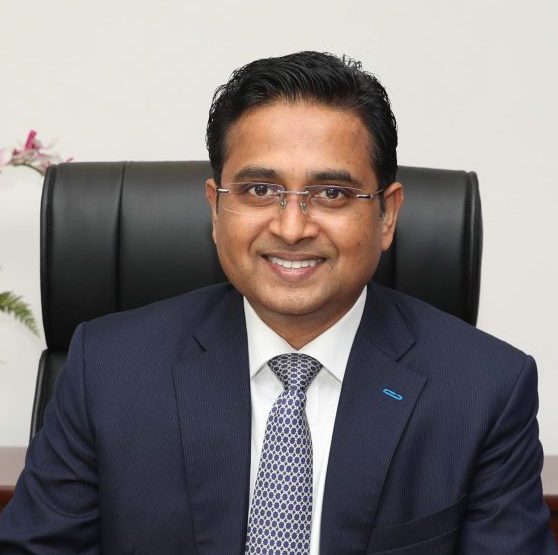 “In terms of ICT, we are looking to earn $ 3 billion in export revenue by 2025”  BOI Chairman Sanjaya Mohottala

The first day of the forum also saw Board of Investment (BOI) Chairman Sanjaya Mohottala briefing on further investment opportunities in Sri Lanka. Mohottala noted that the Board is looking to orchestrate and help several key manufacturing sectors to take root in the country to reach $ 1 billion export or import substitution by 2025.

“In terms of ICT (information and communications technology), we are looking to earn $ 3 billion in export revenue by 2025. In terms of tourism, The revised plan post-Covid is to achieve close to $ 8 billion in terms of revenue, ushering in four million tourists, more than doubling the tourist market we had in 2019.

Moving on to the food processing sector, Mohottala noted that the BOI is aiming to add $ 3-5 billion additional export revenue through rubber products, agri and food processing, and through the export of fisheries. Sri Lanka is already known to be the global capital for solid tyres. Top tyre manufacturers have already taken root

in Sri Lanka, along with tyre exports and vibrant rubber-based products manufacturing amounting to close to $ 1 billion worth of exports today.

With the recent expansions and the projects in the pipeline, the overall exports are expected to reach $ 1.8 billion by 2023, well on the way to creating a $ 2.5 billion export market by 2025. 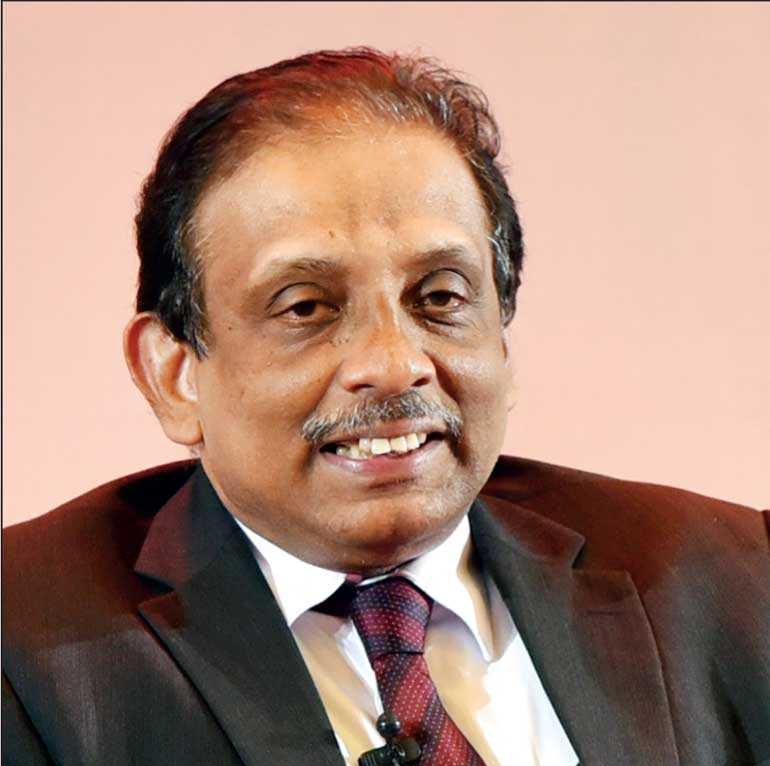 “Selendiva Leisure listing is due in the CSE, hopefully by the end of this month”  Treasury Secretary S.R. Attygalle

Treasury Secretary S.R. Attygalle, speaking during a session on the first day of the investment forum, expressed the Government’s plans to reduce the portion of the debt-to-GDP to below 75% before the next five years are up.

“The Government is in a hurry to realign the economy into a growth path,” he added.

The local manufacturing of the Sinovac vaccine, which is expected to commence in July 2021 with an initial 13 million vaccines by September 2021, will be a great addition to Sri Lanka’s expanding pharmaceutical manufacturing industry, Attygalle noted.

In terms of Selendiva Investments, Attygalle noted that it is a fully owned government company that will work as the investment arm of the Government.

“The company will take over or utilise underperforming assets, especially prime real estate assets, and will restructure them and raise capital. Selendiva has formed an SPV (special purpose vehicle), Selendiva Leisure, to consolidate the Grand Hyatt, Grand Oriental, Hilton, and several other prime properties, and the listing is due in the CSE, hopefully by the end of this month,” he added on the widely spoken Selendiva Investments. 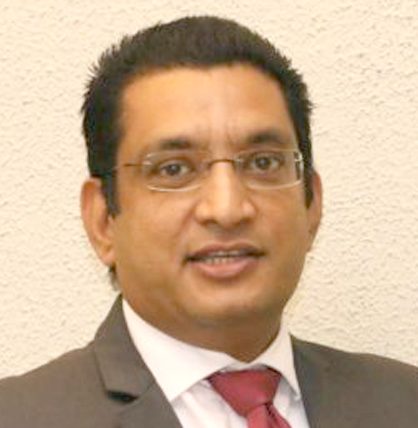 Minister of Justice and Prison Reforms Ali Sabry PC briefed on an investor-friendly legal framework to facilitate FDIs (foreign direct investments) into the country. He added that plans are underway to set up a separate division in the Supreme Court (SC) to hear appeals from the Commercial High Court (HC), which would fast-track the entire process right from the institution of action way up to the hearing of the final appeal.

“An ambitious programme to reform the laws including repealing and replacing the outdated laws and introducing a public-friendly and efficient legal system, infrastructure programme to support modern needs such as building state-of-the-art court complexes, and supporting and upgrading all related institutions are our plans going ahead,” he added, as the Government plans to improve the country’s ranking in the Ease of Doing Business Index. 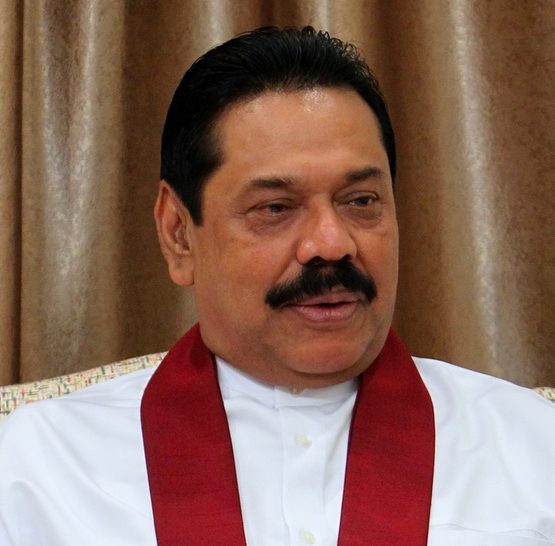 The second day of the forum was inaugurated by Premier Mahinda Rajapaksa. Inviting more investors to come and explore investment opportunities in Sri Lanka, he disclosed the Government’s plans to attract $ 15 billion into the Colombo Port City in the next five years.

He also stated: “We should target non-debt-creating foreign exchange inflows into the country. We have to plan a number of initiatives to do this. Amongst these, private equity sale, improving stock market-listed securities, increasing efficiency of debt instruments, and popularising venture capital are some of the measures we will be taking.” 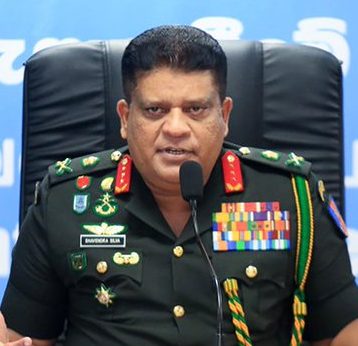 Entire population to be vaccinated by end-2021 or early 2020

The pandemic is a big “no, no” for foreign investors. Chief of Defence Staff, Army Commander, and National Operations Centre for Prevention of Covid-19 Outbreak (NOCPCO) Head General Shavendra Silva provided a brief on managing the pandemic and protecting lives, livelihoods, and economic momentum in order to provide a better idea on the country’s plans to mitigate the global pandemic.

“We expect to shield the entire population from Covid-19 by the end of 2021 to early 2022, allowing the workforce, economic pillars, economic counterparts, and the general public to run the country for advancement. We have effectively managed the first and second waves of Covid-19, and we are so far in the process of controlling the third wave successfully,” he added.

On a further note, General Silva stated that they are in the process of developing and improving the “bio secure bubble” concept in terms of tourism, sports, and diplomatic visits and also focusing on enhancing Sri Lanka’s potential in facilitating MICE (meetings, incentives, conferences, and exhibitions) tourism. 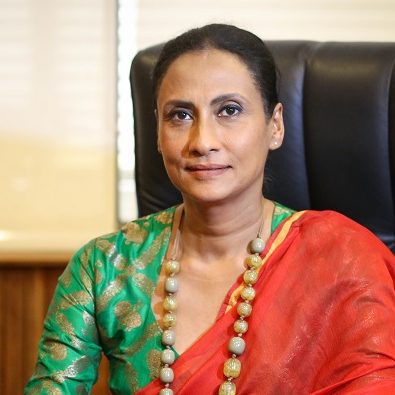 “The tourism investment process is also streamlined and a master document for all approvals have been implemented.”  Sri Lanka Tourism Chairperson Kimarli Fernando

The same day witnessed Sri Lanka Tourism Chairperson Kimarli Fernando brief on investment opportunities available in the local tourism sector. She added that the first tourism travel app is underway with the assistance of the World Bank (WB) and Asian Development Bank (ADB), which is focused on enhancing visitor experience and improving service quality.

“The app was developed following a benchmark exercise on other travel apps. Over 5,000 sites islandwide have been compiled, permitting ticket purchases and comprising an event calendar, maps, and tourist sites. We will incorporate a complaint management tool, survey, and an emergency button connected to the nearest police station should there be a need,” Fernando added.

She also added that the tourism investment process is also streamlined and a master document for all approvals have been implemented as part of the United States Agency for International Development (USAID) Supporting Accelerated Investment in Sri Lanka (SAIL) project. Reportedly, this document has merged all government line agency requirements into one. 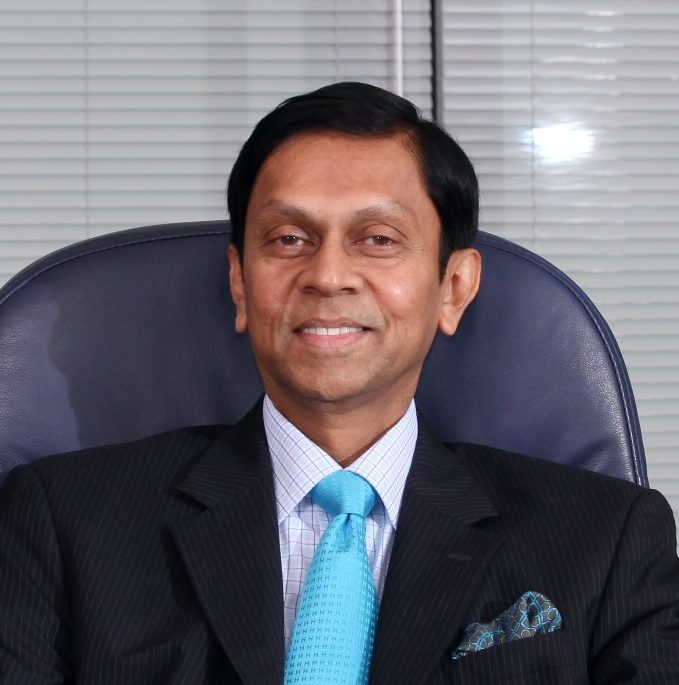 State Minister of Money, Capital Markets, and State Enterprise Reforms Ajith Nivard Cabraal participated in more than one session during the three-day-long investment forum. He also inaugurated the third day of the investment forum. Addressing potential investors from about 65 countries, Cabraal stated that his Government aims for a GDP growth of 6.5% in the next few years.

“The Port City is part of the growth story of Asia that we do not want you to miss,” Cabraal stated, repeating what Premier Rajapaksa said in terms of attracting FDIs into the Port City in the next five years. 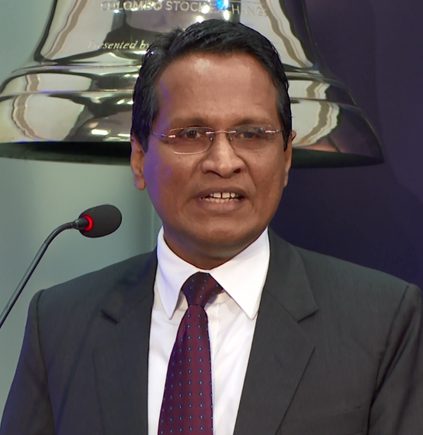 Securities and Exchange Commission Chairman Viraj Dayaratne PC, addressing the forum, highlighted the plans they have for the country’s stock exchange. He stated that the Central Depository Scheme (CDS) e-connect facility which comes into operation will enable account holders to view their CDS account information and request for information and reports from CDS or the brokers, make intra-account transfers, have access to online trading apps, as well as research reports of brokers and provide many more facilities.

“We will roll-out the second phase of the digitisation initiative this month, which will enable companies in Sri Lanka, Sri Lankans living abroad, as well as foreign individuals and companies to open accounts online,” he added.

October 18, 2020 byCharindra No Comments
The Treasury has issued over Rs. 226 billion worth of letters to contractors for state construction projects until last week.

SriLankan Airlines on the hunt for investors again

August 21, 2018 byCharindra No Comments
Sri Lanka has revived the process of privatizing the state-run carrier that is saddled with at least $1 billion of debt, a year after talks with sole bidder TPG Capital collapsed.