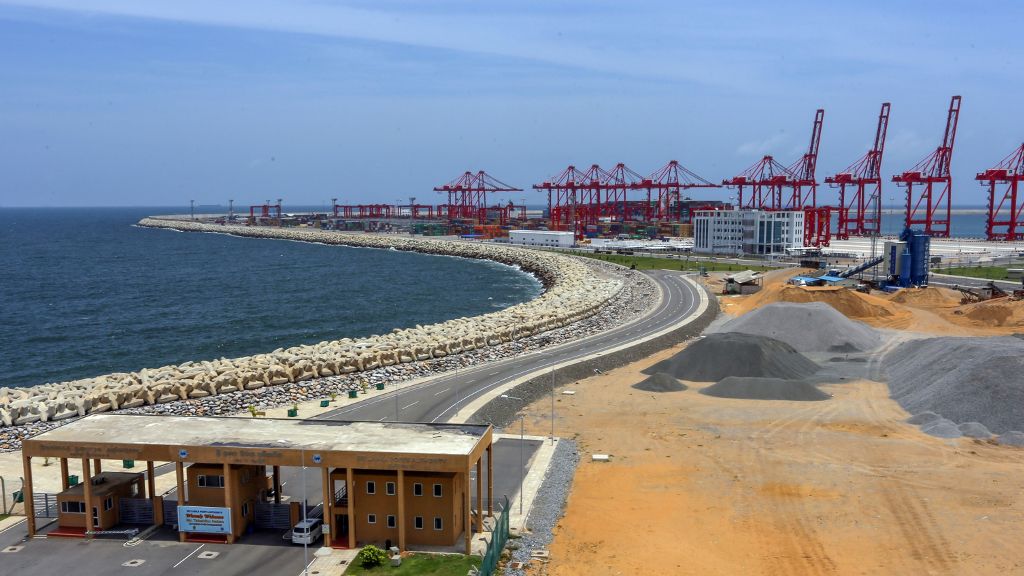 The full ownership of the first-ever build-operate-transfer (BOT) model Elevated Highway Project (EHP), which is to be constructed from the New Kelani Bridge to Athurugiriya via Rajagiriya, will be handed over to Sri Lanka after 18 years from the completion of construction, according to the Road Development Authority (RDA).

The project is to be constructed by M/s China Harbour Engineering Corporation (CHEC), which already has a large project portfolio in Sri Lanka on a BOT basis, and the awarding of the construction contract to CHEC was approved by the Cabinet in April, based on the recommendations made by the Cabinet-Appointed Negotiating Committee. Accordingly, the construction work is scheduled to be completed by 2025.

Explaining the nature of the BOT system, the RDA Chairman noted that the construction of the highway would be conducted by CHEC and the full ownership of the road would be handed over to Sri Lanka after 18 years.

“The road will be like all other roads in the country and there won’t be any difference. RDA staff will operate the road, and once CHEC recovers the funds they have spent, they will hand over the road to RDA,” he explained, adding that while the BOT method is being used in other countries, it helps reduce the burden on the Treasury as the contractors invest the entire funds.

“At this juncture, it is advantageous for us,” he said.

When asked whether future projects would also apply the BOT method, Athuluwage said at present, only the EHP was to be constructed on a BOT basis and that there were no plans for other roads.

Accordingly, in a BOT project, a government grants a concession for a period of time to a private consortium for the development of a project. The consortium then builds, operates, and manages the project for a number of years after its completion, and recoups its construction costs and makes a profit out of the proceeds coming from the operation and commercial exploitation of the project, after which the project is transferred to the respective government.

The BOT method was suggested by the President’s Secretary last November to discourage debt-funded projects, annuity (a series of payments made at equal intervals) payments to meet revenue shortfalls, or guaranteed traffic, as these options are not affordable.

While the Government is looking at the nature of BOT projects, some experts claimed that the reason for the delay in attracting foreign investments is mainly due to the government policy – the debt-free BOT method that was adopted recently.

According to them, when it comes to BOT projects, the investor expects considerable revenue and therefore the applicability of the BOT method for the CEP was questionable, as the traffic that would be directed towards the highway, once completed, would not be enough for the investor to cover up the expenses.

It is learnt that the Government has suggested several other investments within the project, such as housing complexes, to make the BOT viable.

However, experts stressed that they doubt whether good investors would invest in such a huge project without any contribution from the Government.

The Elevated Highway Project from Athurugiriya to the New Kelani Bridge via Rajagiriya has been designed with the main objective of improving the connectivity between the Colombo city and suburban regions.

A reduction in existing traffic congestion within the Colombo metropolitan region is another purpose of the above project. People will be able to access the elevated highway through Dematagoda, Rajagiriya, the Parliament Complex entrance in Battaramulla, and the Koswatta interchange.

As the expressway is designed for the speed limits of 80km/hr-100km/hr, people will be able to travel within 18 minutes from the New Kelani Bridge to Athurugiriya.

Transition from unsolicited to solicited

In April, cabinet approval was granted to award the construction contract of the elevated expressway connecting the Athurugiriya interchange and the New Kelani Bridge to M/s China Harbour Engineering Corporation (CHEC), which already has a large project portfolio in Sri Lanka on a build-operate-transfer (BOT) basis.

However, prior to the calling for new bids, as per the instructions issued by President’s Secretary Dr. P.B. Jayasundara, the Highways Ministry has approved an unsolicited proposal submitted by CHEC to construct the four-lane elevated highway in the midst of the coronavirus pandemic last year.

A well-informed source at the Road Development Authority (RDA) told The Sunday Morning that the proposal has been channelled through the Board of Investment (BOI) as an investment project by CHEC, for which the Highways Ministry will provide technical support.

When contacted by The Sunday Morning on an earlier occasion, Secretary to the Ministry of Highways Ranjith Pemasiri also confirmed that CHEC’s investment proposal came through the BOI.

He said the Ministry was directed to provide technical assistance and that cabinet approval was granted to receive the technical proposal from CHEC.

However, the Express of Interests (EOIs) had been called by the previous Government for the same project as a public-private partnership (PPP) that was to be funded by ADB, it is learnt.

Nevertheless, CHEC had been selected out of the bids comprising financial and technical proposals for the elevated highway development project invited in May last year, and had been recommended by the Cabinet-Appointed Negotiation Committee. It is further learnt that CHEC was the sole responsive bidder out of the two submitted bids, as one was rejected for not having a bid security for the project when it invited bids last year.

The Sunday Morning was informed that six parties have collected the bid documents.

Nevertheless, Phase II of the project is currently at a standstill due to the opposition from the residents in Thalangama and Averihena.

A writ petition has been filed in the Court of Appeal by the Centre for Environmental Justice (CEJ), seeking an order preventing the construction of the elevated highway over the Thalangama Environmental Protection Area.

In their petition, the petitioners have stated that recognising the uniqueness and the importance of this area, owing to its ecological, hydrological, and historical importance, and after carrying out detailed studies and research by the Central Environmental Authority, the Thalangama Tank and its environs were declared as an National Environmental Protection Area under the National Environmental Act No. 47 of 1980 (as amended) by Gazette Extraordinary No. 1487/10, dated 5 March 2007.

However, when contacted by The Sunday Morning, RDA Chairman Chaminda Athuluwage said the project has been awarded to CHEC and it would construct the two phases.

“The construction work will be launched soon and we are planning to complete it by 2025,” he said.

Athuluwage said the issue was with Phase II which extends from Rajagiriya to Athurugiriya and that there was no barrier to begin the construction of Phase I extending from the New Kelani Bridge to Rajagiriya.

“We have already completed the Environmental Impact Assessment (EIA) and other necessary reports for Phase I, and now we have to begin the relocation process, which we already have planned with the Urban Development Authority (UDA),” he added.

Commenting on the situation of Phase II, Athuluwage noted that the issue is currently handled by the CEA and the UDA, adding that once they give the clearance, the RDA would go ahead with the project.

“As of now, no final decision has been taken with regard to the route of Phase II of the project,” he said.

According to him, the RDA has not sought optional routes yet, in case the already proposed route is not approved due to environmental concerns.

However, when contacted, CEA Chairman Hemantha Jayasinghe said there was no final decision regarding the project as yet, and since a court case has been filed, they would wait till the conclusion of the court case.

As of now, the value of the total Chinese investments in Sri Lanka’s road development sector alone is estimated at around Rs. 703.63 billion, statistics revealed.

According to the 2019 Annual Performance Report of the Ministry of Roads and Highways, China has the highest share of foreign investments in Sri Lanka, while Japanese International Corporation Agency (JICA), being the second highest, secured a total investment of around Rs. 86.4 billion.

Asian Development Bank (ADB) has secured an investment share value of around Rs. 56 billion while that of the OPEC Fund for International Development (OFID) is estimated at around Rs. 26.1 billion, the report stated.

With the awarding of the project to construct the elevated highway from Athurugiriya to the New Kelani Bridge, there is a total of six ongoing Chinese-funded highway projects in Sri Lanka, including Section I of the Central Expressway Project (CEP); Sections I, II, III, and IV of Southern Expressway Project; Phase III of the Outer Circular Highway Project; and the rehabilitation and improvement of Phase I of the Priority Road Project (PRP) 3.

As per the report, a majority of these projects are being funded by the Export-Import Bank of China.

Not the time for a slap on the wrist

September 15, 2021 byNews Admin No Comments
The story that Lohan Ratwatte allegedly stormed into the Welikada and Anuradhapura Prisons while drunk and threatened certain suspects with a firearm at the Anuradhapura Prison spread like wildfire, b

Sunny Side Up: MR’s return to Colombo

May 22, 2022 byNews Admin No Comments
Former Prime Minister Mahinda Rajapaksa returned to Colombo last week after he was taken to the Naval Base in Trincomalee following the 9 May mayhem.