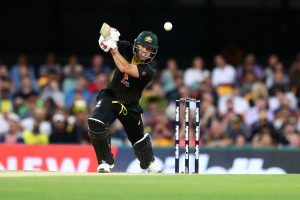 Australia thrash Sri Lanka in the second T20I by nine wickets to get an unassailable 2-0 lead in the three-match series on Wednesday, 30 October.

Player of the Match: David Warner

The third and final match will be held at MCG, Melbourne on Friday, 1 November.

The hosts won the first match on Sunday by a massive 134 runs after making 233/2 with Warner scoring an unbeaten 100 runs. Skipper Aaron Finch and Glenn Maxwell scored 64 and 62 respectively. Sri Lanka replied with only 99/9 in their 20 overs.

‘I have to lead from the front’ – Chamari Athapaththu

SL U-19 top Group ‘B’ in Asia Cup, meet Afghanistan in semis

October 3, 2018 byRevatha No Comments
Entering the semis, Sri Lanka Under-19 are to meet their Afghanistan counterparts in the Asia Cup.