Australia to host SL for three T20Is in September? 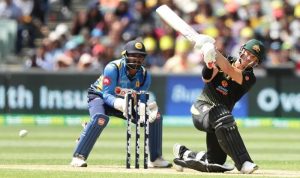 As per the original International Cricket Council Future Tours Programme, Sri Lanka were supposed to play in three T20Is this year in Australia

Australia will have space to make adjustments in their Future Tours Programme (FTP) as they have an open window in September and are likely to host Sri Lanka for three T20Is, international media said this week.

The series could be played closer to the T20 World Cup which is scheduled to be played in India in October-November but most likely to be moved to another venue due to the staggering pandemic situation in India.

The vibe on the T20I series in Australia for Sri Lanka had cropped up again when the international media tried to predict what alternative venues that could be available for the abruptly postponed IPL to be continued.

“It has been a week since the suspension hammer fell upon the Indian Premier League’s (IPL) 14th edition, which could last only 29 games before the notorious virus made inroads inside the bio-bubble and caught hold a good bunch of people across different cities as prey,” said CricTracker on Wednesday (12).

The report further added the following:

The Board of Control for Cricket in India (BCCI) President Sourav Ganguly suggested that early estimates paint an Indian Rs. 2,500 crore loss to the cricketing body should they scrap the remainder of the IPL. While his hint to hold the IPL in the window available just before the ICC Men’s T20 World Cup is a clear indication of the plans of rescheduling, that the challenge is herculean cannot be denied.

As the world grapples with these uncertain times, certainty is nowhere to be found as of now on where, when, and how can the curtailed league be completed. Quite a few parties, including Sri Lanka and England counties, have expressed their interest in holding the event, but the larger challenge remains the inevitable clashes of the event with the international cricket calendar.

Meanwhile, Ganguly has admitted that India no longer remains an option to host the event with a Sri Lanka tour lined up and the difficult dealings with quarantine that will come long. As things stand, UAE remains to be the frontrunner to host the remainder of the tournament.

That said, with Ashley Giles, England men’s director of cricket, hinting that England will prioritize the international calendar over IPL, the problem for the remainder of IPL is only on a rise. It remains to be seen what approach do other cricketing boards follow: whether they opt for ICC Future Tour’s Programme or will they try and adjust the calendars to squeak in the IPL.

How things stand as per the international calendar

England is set to play India for a five-Test series after which they are scheduled to tour Bangladesh and Pakistan in October. To go by Giles’ hint, none amongst Eoin Morgan, Jos Buttler, Ben Stokes, Liam Livingstone, Moeen Ali, Jonny Bairstow, Sam Billings, Chris Jordan, Dawid Malan, Jofra Archer, Sam Curran, Tom Curran, Chris Woakes, and Jason Roy will be present for the IPL if it is held in the September-October window.

New Zealand is scheduled to play thee T20Is and as many ODIs against Pakistan in the same period in the UAE. This could mean the absence of SRH skipper Kane Williamson alongside other stars such Trent Boult, Kyle Jamieson, Lockie Ferguson, Jimmy Neesham, and Mitchell Santner.

South Africa is in line to play India for 3 T20Is and as many ODIs in India as a precursor to the T20 World Cup. The tour has not yet been finalized, though. However, this directly affects Faf du Plessis, Quinton de Kock, AB de Villiers, Chris Morris, David Miller, Anrich Nortje and Kagiso Rabada, who are involved in the IPL.

Afghanistan in the same duration will be up against Pakistan for 3 ODIs in the UAE. Even as only Rashid Khan, Mohammad Nabi, and Mujeeb ur Rahman participate in the IPL, the blow will be massive for the already-struggling SRH should they be absent; while Bangladesh playing England rules out KKR’s Shakib Al Hasan and RR’s Mustafizur Rahman.

This leaves only West Indies and Australia, who have space to make adjustments as they have an open window in September. While Australia is set to host Sri Lanka for three T20Is, the series will be played closer to the T20 World Cup, leaving them with a free space in this window.

January 13, 2021 byRevatha No Comments
The 22-member Sri Lanka squad for the England Test series was announced by SLC on Wednesday (13)