Ausy calls on SL in fight against illegal migration 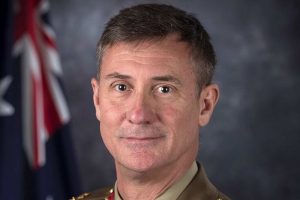 The head of Australia’s operation to combat illegal maritime migration called upon Sri Lankans to join in efforts to warn of the dangers and long term consequences of attempting illegal immigration by boat.

He noted that no one had successfully made the journey to Australia.

“Australia shares a strong and productive relationship with the Sri Lankan Government. Together we are working to combat people smuggling, educate the vulnerable people they target and stopping people from dying at sea,” Major General Furini said.

Last month, 13 illegal immigrants were promptly returned to Sri Lanka after a people smuggling vessel was intercepted by Australian authorities.

The 13 men were handed over to Sri Lankan authorities and are under further investigation. They join 25 other individuals from two other vessels who have been returned to Sri Lanka since May 2019.

“Australia’s tough border protection policies mean no one who travels illegally by boat will ever be allowed to live or work in Australia. By attempting the illegal journey, they automatically lose any chance of legal migration to Australia they may have had.”

In June 2019, the Australian Government launched a ‘Zero Chance’ campaign to dissuade potential illegal immigrants from joining people smuggling ventures by informing them of Australia’s strong policies and the dangers of illegal migration to Australia by sea.

In support of this campaign, Major General Furini announced Australia’s intention to host a film festival, where Sri Lankans will have the opportunity to submit short films about the dangers and consequences of attempting illegal maritime migration.

He hopes the involvement of current and aspiring film makers will complement existing campaign efforts.

“We won’t stop in our efforts to make sure people across Sri Lanka understand that illegal maritime travel is just not worth the risk to their lives or the financial burden and I am hopeful that Sri Lankans can help get that message across.”

“An illegal boat journey is as pointless as it is dangerous. There is zero chance of illegal migration to Australia,” Major General Furini said.

May 17, 2021 byMihi Perera No Comments
Several other areas will be isolated from this morning (17).

May 18, 2022 byAazam Ameen No Comments
The Supreme Court of India on Wednesday (18) ordered the release of A G Perarivalan, one of the life convicts in the Rajiv Gandhi assassination case, The Indian Express reports.