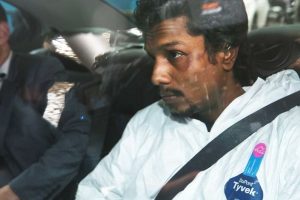 A Sri Lankan man who was in a drug-induced psychosis when he threatened to set off a bomb on a plane he boarded at Melbourne Airport has had his sentenced reduced, ABC News Australia reported.

Manodh Marks was the first person in Australia to be sentenced for the offence of attempting to take control of an aircraft.

Marks was travelling to Sri Lanka via Kuala Lumpur in May 2017 when, shortly after the flight took off, he retrieved a portable speaker and battery pack from his bag and falsely claimed it was a bomb.

He had used ice on the way to the airport, which induced the psychosis.

He told passengers on the Malaysia Airlines flight that he wanted to talk to the pilot.

Marks then ran to the cockpit door and announced that he “wanted to destroy the plane”.

He was tackled to the ground by passengers, who used plastic cables to bind his hands and feet until they landed back at Melbourne Airport 15 minutes later.

He was sentenced in the County Court last year to 12 years in jail, with a non-parole period of nine years.

Today, Victoria’s Court of Appeal reduced his sentence to eight years in prison, with a non-parole period of five years.

Sri Lanka sued by bondholder in US following historic default

June 22, 2022 byRuwani Fonseka No Comments
Sri Lanka was sued in the US by a bondholder after the South Asian nation defaulted on its debt for the first time in history while struggling to stop an economic meltdown.