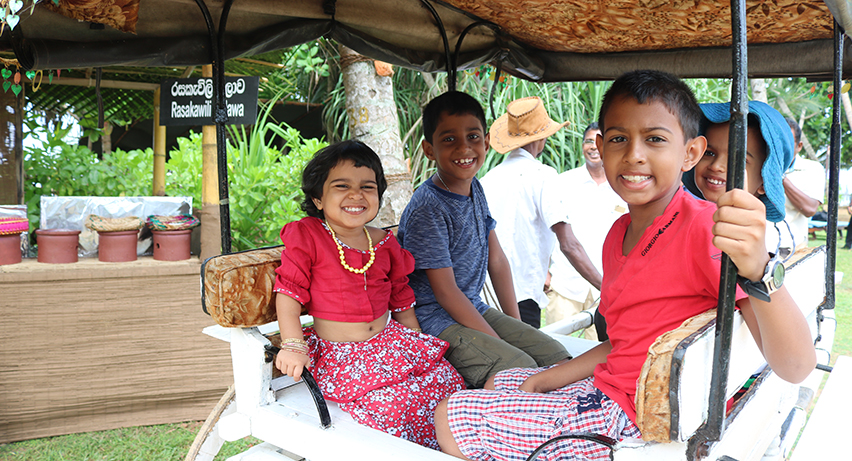 April 12, 2019 by Jennifer Anandanayagam No Comments

With the Sinhala and Tamil New Year just around the corner, Cinnamon Hotels & Resorts is gearing up to host a grand line-up of Avurudu festivities and celebrations at each of its distinct properties across the island.

Avurudu is a truly special occasion for many families, who come together to spend quality time with one another, and usher in a New Year with renewed hope and happiness. Staying true to important traditions, whilst offering the essence of contemporary hospitality, each Cinnamon property will provide guests with a range of inspiring and vibrant experiences, that will make this Avurudu truly memorable.

Following the hoisting of the traditional flag, the singing of national anthem and the observance of important times and customs such as the boiling of milk in a clay pot, each hotel will also offer a fun-filled selection of games and activities for the whole family.

Highlights will include well-loved games such as Kotta Pora (pillow fighting), Kamba Adeema (tug of war), Kana Mutti Bindeema (breaking of the pot) and many more, all of which will be hosted on Avrudu Asiriya, the day before the New Year. The Avurudu Kumari and Kumaraya (New Year King and Queen) pageant will also allow guests to unwind and enjoy yet another entertaining Avurudu highlight. A delicious spread of sumptuous traditional breakfasts, as well as a wide range of delicious sweet meats such as kiribath, kavum, kokis, asmi and more will also be available throughout the celebrations.

Each Cinnamon property has a unique ambiance, offering and an iconic setting. From Cinnamon Wild Yala which is located within Yala National Park to top beach-side resorts Cinnamon Bey Beruwala, Hikka Tranz by Cinnamon and Trinco Blu by Cinnamon, to the Cinnamon City Hotels and Cinnamon Citadel Kandy which sits in the heart of Sri Lanka’s iconic hill country, each property will offer the epitome of inspired living this Avurudu.

Trupanion: Pet shops and breeders, a blight on our landscape

February 15, 2021 byNews Admin No Comments
Sri Lanka has suddenly blossomed into a hotbed of dog breeders and pet shops. All of which/whom have no accountability, no monitoring, no guidelines, no regulations, and no humanity.
Our economy is in

August 15, 2018 byJennifer Anandanayagam No Comments
Known for its spices, art and life, Morocco and the Middle East alike are places you ought to have in your travel bucket list. Chambers at Park Street Mews will give you a whiff of just that.