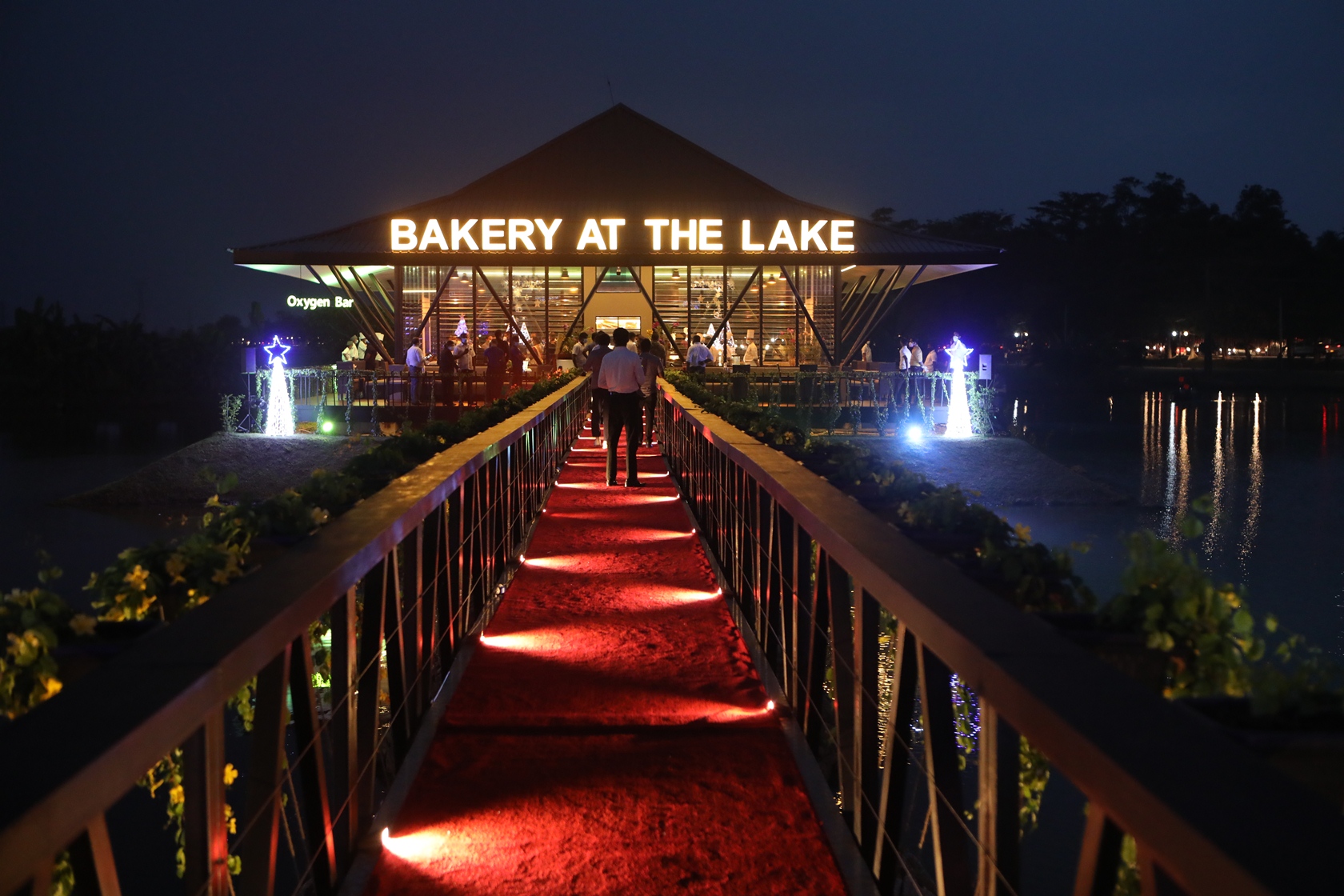 Bakery at the Lake: Get your oxygen fix and a little something more

December 20, 2020 by Dimithri Wijesinghe No Comments 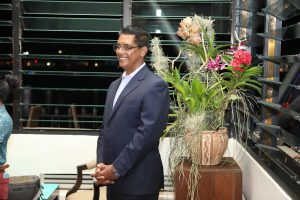 “Bakery at the Lake” by Waters Edge was declared open to the public on 15 December 2020 by Prime Minister Mahinda Rajapaksa.

The café-style bakery has been set up as a versatile, innovation-based, eco-friendly enclosure located quite literally on the lake at Kimbulawala Junction in Thalawathugoda.

Speaking to Waters Edge Chief Executive Officer (CEO) Rohan Fernandopulle, he shared that the eatery embodies an absolutely unique take on dining. He said: “We are not a normal café or bakery; when we initiated the project we wanted to differentiate ourselves from all the other cafés, bakeries, and pastry shops in Sri Lanka.” He added that in attempting to come up with something fresh, they realised that they cannot simply sell food and beverages, but must also provide a “total experience”.

He pointed out some of the original elements they have introduced, most notably the “Oxygen Bar”, where they will sell oxygen for recreational use, in order to inhale a percentage of oxygen greater than the normal atmospheric content. Fernandopulle shared that Bakery at the Lake is the first and only eatery in Sri Lanka that features this “inventive and trendy” feature. He said: “Visitors are privileged to obtain a refreshing few breathers of 90% oxygen to elevate their energy levels and sustenance.” Furthermore, he added: “Oxygen bars are featured in popular entertainment venues such as Universal Studios and Disney World and it is quite commonly seen abroad.” 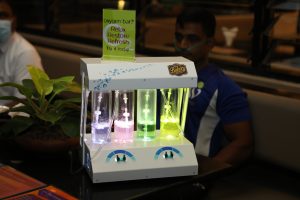 The “Oxygen Bar”, at which oxygen is sold for recreational use

He added that since they do hope to promote healthy living, this is also a great way to energise yourself, especially considering their location where many come to exercise and use the walking path setup. Fernandopulle noted that it is an invigorating and refreshing thing to experience. He also said that if you happen to be suffering from a hangover, then the ideal solution is 20 minutes at the Oxygen Bar.

He also pointed out another feature, which is their pedal-powered blender named “Cycle to Blend” – another first in Sri Lanka. He said that what you will be paying for is not only your drink, but also the added benefit of losing calories as you do quite a bit of cardio in order to have your drink.

With Cycle to Blend, customers are offered the benefit of being able to blend their own juices and local healthy herb kola kenda-inspired recipes in their own portable blend jet; a concept that actively supports local producers of herbs, fruit, and healthy condiments.

He said that they are proud to declare that Bakery at the Lake is built upon the aspiration of being the greenest, most innovative and eco-sustainable bakery in the country that is completely paperless, and also that their strategy extends from having menus that are hosted through QR codes attached to uniforms as a sticker, to their own app for cashless “grab-and-go” being encouraged.

He said that the venue offers the convenience of pre-ordering food, snacks, and beverages, where anyone can pick their meal or snack order during their commute. For those who prefer to dine in, the café features counter seating and a surrounding dining area that can also be converted into personal workstations and family areas as you prefer.

The café and bakery operates on all days of the week and features baked goods, options for a light lunch, brunch, and fusion dinner dishes. 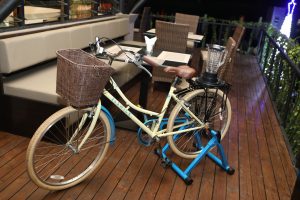 Fernandopulle said that what they set out to do was set a clear benchmark as a state-of-the-art bakery café that is also close to Mother Nature and provides a tailor-made experience in recreation and dining that will set benchmarks for the future trend in cafés in the country.

He also said: “We are proud to launch Bakery at the Lake, which now takes position as the most innovative and sustainably leveraged bakery café in the country that strategically combines His Excellency President Gotabaya Rajapaksa’s vision of ‘Vistas of Prosperity’ built on an eco-friendly operational platform that ably supports the vision for technological empowerment.” Fernandopulle added: “Waters Edge, being the frontrunner in creating unique culinary adventures and experiential hospitality in the country, made a timely discovery when looking at the void in Colombo in having a futuristic café cum bakery that caters to a wide spectrum of clientele, from professionals, families, students, and fitness enthusiasts, that also sits on an environmentally friendly platform.”

October 1, 2021 byNews Admin No Comments
Director Jason Lei Howden of Guns Akimbo fame had a chat with Junkyard Theory about his filmmaking trajectory leading up to the much-talked about Daniel Radcliffe flick. A native of New Zealand, Jason

August 6, 2019 bythemorninglk No Comments
The Voice by Ishan De Lanerolle is delighted to present Eksath De Alwis live in concert on 10 September at the Lionel Wendt Theatre from 7 p.m. onwards.