Bale scores a hat-trick as City inch closer to title 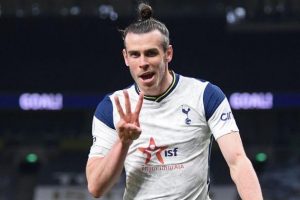 Gareth Bale scored his first hat-trick for this season

Manchester City is well on their way for the title as they recorded their 25th win this season against Chrystal Palace on Saturday (1).

Sergio Aguero and Ferran Torres scored goals in Manchester City’s win against Chrystal Palace. The City is currently in great form with the midweek Champions League win over PSG in the semi-finals’ first leg. City found both goals in the second half, after a quiet first 45 minutes on the pitch.

Kai Havertz’s double strike earned Chelsea a convincing 2-0 win over Fulham. This win keeps them in the top four with a five-point cushion over fifth-placed Tottenham Hotspur.

Gareth Bale’s first hat-trick in the season helped Spurs beat Sheffield United by four goals to nil. Bale has now scored nine goals this season and all of them came at their stadium. Son Heung-Min scored the fourth goal, to go with an assist.

August 28, 2018 byRevatha No Comments
The E-sport gold medal winner is found at the 18th Asian Games