BAN TO BE LIFTED on Gunathilaka, Mendis, Dickwella

As The Morning predicted, SLC on Friday decided to lift the 1 yr. suspension on Danushka Gunathilaka, Kusal Mendis, & Niroshan Dickwella from playing int'l cricket, across all three formats, with immediate effect.https://t.co/4RPjmnTf0c pic.twitter.com/rJ30N3M2LR 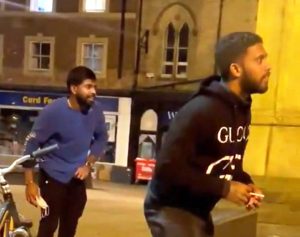 26 June 2021 (Saturday): Sri Lanka lose against England in their T20I match by a massive 89 runs in Southampton, England. Sri Lanka had lost the T20I series 3-0, their fifth straight series loss in T20Is since October 2020

27 June 2021 (Sunday): Both Kusal Mendis and Niroshan Dickwella, along with opener Danushka Gunathilaka, are spotted by a fan, roaming the streets of Durham in the night

28 June 2021 (Monday): Sri Lanka Cricket (SLC) suspends the three players for breaching the bio-bubble and orders their immediate return to the country

29 June 2021 (Tuesday): Sri Lanka, without the service of the three players, begin their three-match ODI series at Chester-le-Street in Durham

29 July 2021 (Thursday): A five-member committee, headed by former Supreme Court judge Nimal Dissanayaka which had inquired into the breach of the three players, recommends a two-year international cricket suspensions for both Gunathilaka and Mendis, who were deemed to have prior disciplinary breaches, and an 18-month suspension for Dickwella

5 December 2021 (Friday): After about four months into their six-month domestic ban, the three are allowed to play in the Lanka Premier League (LPL) second edition, organised by SLC, from 5 to 23 December 2021

January 2022 (first week): SLC is considering another request by the three players on lifting their bans earlier (The domestic ban roughly a month earlier and the international ban about six months earlier)

* Gunathilaka had served two suspensions for disciplinary breaches before the Durham incident. He had broken curfew in the middle of a Test match in 2018 too

* Mendis had caused the death of a pedestrian while driving back from a wedding in the early morning, in 2020, and was arrested by police

* Dickwella had not previously drawn any official SLC disciplinary charges 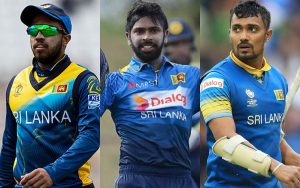 The Morning Sports has understood that the one-year ban of international cricket for three former Sri Lanka players – Danushka Gunathilaka, Kusal Mendis, and Niroshan Dickwella – is likely to be lifted.

“We have officially submitted a fresh request last week (to consider lifting of the ban). We are yet to hear a response for the letter. No decision (from Sri Lanka Cricket) as we speak. However, they have been asked to attend the fitness test which is scheduled to be held on 7 and 8 January (today and tomorrow),” a source close to one of the three players told The Morning Sports yesterday (6).

Meanwhile, Sri Lanka Cricket (SLC) ex-co had allegedly been in discussion over the issue during the last couple of days.

The national selectors are to name the squad probably next week for the forthcoming three-match One-Day International (ODI) home series against Zimbabwe, starting next Sunday (16).

With the year 2022 is packed with at least nine short-format series, including an Asia Cup and a year-end T20 World Cup, there is a huge contest mainly for the Sri Lanka top-order batting.

Regular batter Bhanuka Rajapaksa retired from national duty on Wednesday (5). A fringe player, Angelo Perera, too is about to announce his retirement soon, reportedly with a view to playing for U.S.A. as opportunities arise in franchise cricket in many other parts of the world.

All three banned players are already featuring in the player list of the Bangladesh Premier League (BPL) 2022, which is to begin on 21 January.

Even if they are free to play from this week, the three players may have to play well in the forthcoming inter-provincial domestic tournament. They could be considered for national selection probably from the forthcoming India tour, consisting Tests and T20Is and starting from 25 February.

May 7, 2019 byRandev No Comments
The Sri Lankan Cricket team led by Captain Dimuth Karunaratne left the country for the ICC World Cup- 2019 in England and Wales, today (07).

August 6, 2021 byRevatha No Comments
USA vs. China in Tokyo Olympics

BAN TO BE LIFTED? On Gunathilaka, Mendis, Dickwella

Asia Cup in Sri Lanka to be cancelled?