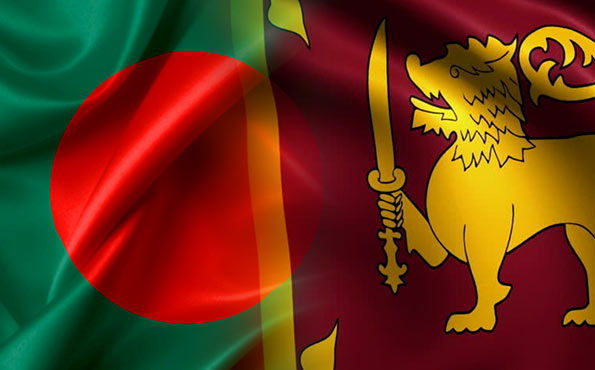 Bangladesh PTA to be signed early 2022

May 5, 2021 by Karen Hapuarachchi No Comments

Sri Lanka is expected to sign the proposed Preferential Trade Agreement (PTA) with Bangladesh in early 2022 with the discussions pertaining to the agreement happening actively regardless of the prevailing situation, according to the Department of Commerce.

Department Acting Director General Ananda Dharmapriya told The Morning Business that high-level bilateral discussions were held during the last meeting of both countries.

“We met on 22 March and both delegations discussed and agreed on a work plan. This work plan involves how both countries will start negotiations and select products as we do not have any preparative work at the moment,” Dharmapriya commented.

Also, depending on the situation in regards to the challenges of the coronavirus of 2022, the agreement may be signed virtually or in person.

“We are mainly aiming to increase our exports to Bangladesh through the PTA. However, we are yet to identify the products and markets or sectors that both countries demand from each other,” Dharmapriya commented.

Sri Lankan Prime Minister and Finance Minister Mahinda Rajapaksa visited Bangladesh during the celebration of the birth centenary of the Father of the Nation Bangabandhu Sheikh Mujibur Rahman and the Golden Jubilee of the Independence of Bangladesh.

The high-level bilateral discussions between Rajapaksa and Prime Minister Sheikh Hasina was aimed to further enhance the relations in the two countries through a PTA.

President of Bangladesh Mohammad Abdul Hamid, the Foreign Minister of Bangladesh, and the Governor of the Bangladesh Bank were also present at the meeting held in March.

According to local reports, the Bilateral discussions involved a variety of sectors including agriculture, trade, defense, investment ,maritime connectivity, education, health, and tourism, among others.

Thereby, the visit also saw the two countries sign a number of Memoranda of Understanding (MoU) in various sectors such as agriculture, health,  technical education, and cultural co-operation.

Accordingly, the two leaders also agreed to form a joint commission for co-operation led by foreign ministers of the two countries to review the progress of all bilateral co-operation including foreign office consultation.

It was also reported that the central bank of Bangladesh used to have Sri Lanka sovereign bonds in its portfolio, to which Money, Capital Market, and State Enterprise Reforms State Minister Ajith Cabraal suggested that countries invest forex reserves in each other’s sovereign bonds, subject to limits.

June 25, 2019 bythemorninglk No Comments
The Commercial Bank of Ceylon PLC has extended the reach of its hybrid card functionality by partnering with JAT Holdings to introduce a loyalty debit card programme.

October 6, 2019 byThe Sunday Morning No Comments
Prime Minister Ranil Wickremesinghe has expressed interest in integrating a framework formulated by the Ceylon Chamber of Commerce into the Government’s economic strategy over the next five years.

Bangladesh FTA to be signed early 2022