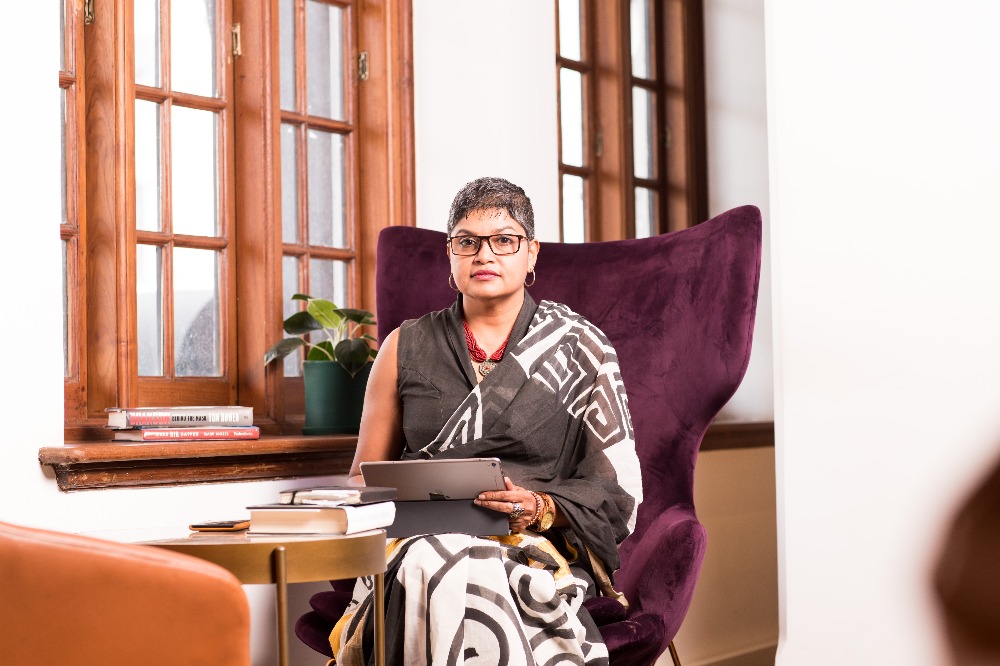 February 25, 2021 by Venessa Anthony No Comments

Bani Chandrasena is one of the original board members of Diversity Collective Lanka (DCLK). She was recently appointed the Vice President (VP) of the association, recognised for all her work towards this cause over the last three years.

Commenting on this achievement, she said: “I appreciate the recognition because this has enabled me to be able to do more for this cause that I am passionate about. Social media has helped take this message wider than I expected.” She added that she is hoping that she can work to the benefit of the efforts made by DCLK with the support of the general public.

The Diversity Collective was formed three years ago, and PricewaterhouseCoopers (PwC) and Asian Development Bank (ADB) were instrumental in bringing like-minded women in the tech industry together to make a difference towards bridging gender parity in this industry.

Using the tech industry as an example, Chandrasena explained: “The tech industry saw 26% female participation three years ago, and it is growing fastest in terms of revenue to the country. Women can contribute as much and more, with the flexibility the industry can offer for their employees.

“This flexibility is complementary to women in the workplace, which we are hoping will drive the numbers up in the future, moving it up further from the 36% in 2020. She stated that DCLK brought women and men together to find out the cause of the problem, and what we can do collectively to bring about change. The founding members invited to this board are from corporates, academia, government agencies, all working together towards positive change,” Chandrasena stated.

She added: “This, we felt, was the missing piece of the puzzle of these sectors working together towards changing community views, and providing equal opportunity. I am proud to say that firms like the London Stock Exchange Group Sri Lanka, Mitra, Pearson, and Sysco Labs are companies on the inclusive journey in Sri Lanka, and are also on the Board of DCLK.”

DCLK, whose President Emesha Pinto Jayawardena is an entrepreneur and trainer herself, is also working in the school sector to encourage more girls to do STEM (science, technology, engineering, and mathematics) subjects and stay on course to get into software engineering and other tech roles in the industries.

Commenting on this, she added: “We focused on higher education because we saw the women joining the universities in these fields of study, but we were not seeing as many in work after university. Hence why one of the DCLK pillars of focus is higher education.”

The next important pillar is entrepreneurship, she explained. “We see entrepreneurship picking up pace in Sri Lanka, but we don’t see as many women becoming entrepreneurs. The core areas that we want to focus on are raising awareness among men and women, empowering women to ask for more involvement and recognition, training and influencing organisations to create more inclusive work environments, and holding companies accountable towards making these numbers change in the medium term.”

Talking about her journey into The Diversity Collective, Chandrasena said: “My background is in human resources (HR), and I worked in a number of industries in human resources, starting with banking; then I went into manufacturing, apparel, and then moved into tech.”

She explained that about four years ago, she was looking for a challenge, which led her to explore her options within the company. “One of the areas that the London Stock Exchange Group, at the time, was exploring was diversity and inclusion, and I wasn’t exactly sure of what it meant then. My research showed me that there was work to be done if we are to change the narrative of women in Sri Lanka, and that there was so much potential we were not using in our women towards how Sri Lanka can grow and thrive,” she stated.

The cultural nuances of Southeast Asia permeated in Sri Lanka. It became expected of women to have a family, and having a career is frowned upon, and considered a difficult task if the family is neglected; the woman’s priority must always be children and family. Chandrasena observed that this is the reason why we struggle to change the landscape, compared to the western world, or even the rest of Asia.

“I realised some of the work I have to do would be to change mindsets, and work with HR and the business to try and change the cultural norms that we are familiar with in Sri Lanka, and also to help build the next generation.” She stated that, aside from encouraging young girls to study engineering-related subjects such as maths and computer science, they would also need to influence their parents, as many Asian parents only want their kids to become doctors or lawyers; as well as that girls must get married and have kids as a priority. Women can be so much more than only a mother.

She stated that Sri Lanka has so much more potential, and we need to expose our women to these options, where they have the capability to learn and grow and make a real difference. “To break this general stigma, we have to educate and empower our girls and women, to be confident to make their own destiny and not be judged for it,” Chandrasena said.

She simply concluded that once this idea of culture and women having to act a certain way is eradicated, Sri Lanka’s industries can grow exponentially.

July 29, 2019 bythemorninglk No Comments
On 18 July 2019, the Jasmine Hall of BMICH was full beyond its capacity. Many individuals gathered to learn about the secret lives of the giants in our seas from Dr Asha de Vos.