September 13, 2020 by Skandha Gunasekara No Comments

One of the frontrunners for the post of President of the Bar Association of Sri Lanka (BASL), Kuvera de Zoysa (PC), stated that if elected, he hoped to continue the great work of his predecessors in office and lay the foundation for creating a Bar Association that would give priority to its membership and their concerns. Below are excerpts of his interview with The Sunday Morning. 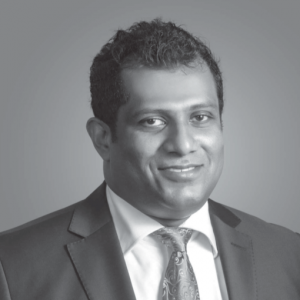 How do you see the mudslinging taking place in the campaigns for the BASL presidential election?

Individuals should be free to express their views and opinions as long as such opinions are based on facts which can be backed up with evidence. As a candidate for the upcoming BASL elections, I’m willing to take any constructive criticism as long as such matters are factually correct. Nobody should be subject to malicious slander based on assumptions and/or imagination.

Your supporters too have been accused of the same. How do you respond?

As I said, mudslinging, as I perceive it to be, is throwing allegations that can’t be factually backed at a person and thereby attempting to demean that person’s character. I am certain that none of those who support me will engage in such actions. And if they do, I certainly do not condone such actions if they are baseless.

Does it not set a bad precedent?

With social media, it’s almost impossible to prevent such acts. I myself have been shown screenshots of mudslinging against me. But I don’t react. I am here to work for the members of the Bar, as I have in the past several years, and I will continue my work for the BASL, irrespective of the outcome of the election.

As I said earlier, I don’t condone mudslinging. But as humans, we all should be willing to accept our mistakes and correct them for the betterment of ourselves and society. Nobody is perfect.

Wouldn’t such mudslinging discourage senior lawyers from contesting for the BASL presidency at future elections?

Junior lawyers have alleged that the BASL and its functions are becoming further politicised. Do you agree?

In the past we have seen BASL presidents take up political appointments after supporting certain political regimes. But in the past few years, I believe we have moved away from such a line and had presidents of the highest level of integrity, including the present President of the BASL. Accordingly, I believe we are headed in the right direction and have become a truly independent association. In fact, I have never held any controversial political appointments.

Isn’t there a code of conduct or guidelines in the BASL to prevent such mudslinging?

The Supreme Court rules stipulate the conduct that ought to be followed by attorneys-at-law.

But as you are aware, mudslinging mainly takes place on social media where there are so many others, including fake profiles and so on, that weigh into the mudslinging camp.

If you are elected President of the BASL would you introduce reforms to prevent such a scenario in the future?

As I said earlier, mudslinging, and being critical of someone based on evidence and facts are two different things. My main focus, whether elected or not, is to work for the membership and profession and to work as a team. I believe there are more important matters that need to be attended to in safeguarding the interests of those in the profession. We should ensure that the nobility of the profession is safeguarded before trying to prevent mudslinging which is a rather broad area that indeed also needs to be addressed.

What other reforms or changes do you hope to bring about if elected?

Out of your interview, which was focused mostly on mudslinging, I feel this is the most important question. There is so much that can be done to uplift the profession and restore its true nobility. I doubt, even if I get elected, that I would be able to achieve all that I hope to within a short period of time.

However, having been actively engaged in the BASL for many years now, if elected, I hope to continue the great work that my predecessors in office have carried out and lay the foundation for creating a Bar Association that would give priority to its membership and their concerns raised therein.

My role as the President, if elected, will be to align myself with the majority views of the membership and to support what the members and the profession want.

Prez agrees to include Tamil reps in One Country, One Law Task Force: Senthil Thondaman

October 29, 2021 byRuwani Fonseka No Comments
President Gotabaya Rajapaksa, based on the recommendations by the Vice President of the Ceylon Workers Congress (CWC) Senthil Thondaman, has agreed to include Tamil representatives into the One Countr

Batticaloa campus should be integrated as part of Defence Uni or State campus: G L Peiris

April 22, 2021 byMihi Perera No Comments
The Minister of Education Prof. GL Peiris stated in Parliament today (22) that there are two options among the decisions that the government intends to take regarding the Batticaloa campus.