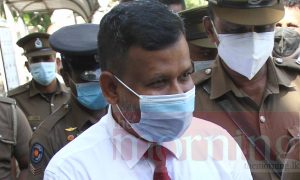 All Ceylon Makkal Congress (ACMC) Leader and Samagi Jana Balawegaya (SJB) Opposition Parliamentarian Rishad Bathiudeen who was remanded under the Prevention of Terrorism Act (PTA) over the Easter Sunday terror attacks was granted bail by the Fort Magistrate’s Court a short while ago.

Meanwhile, the Colombo Magistrate’s court also granted bail to Bathiudeen over the case of the death of the 16 year old domestic worker Jude Kumar Ishalini at his residence.

While speaking to The Morning, the MP’s lawyer Rushdie Habeeb stated that case proceedings will continue.

With regard to the next hearing on Ishalini’s death, it has been fixed for 18 February 2022.

May 17, 2021 byNews Admin No Comments
Among healthcare service professionals, primary care medical officers (MOs) should be provided with the assistance of senior doctors and consultants, so that they may discuss the management and treatm